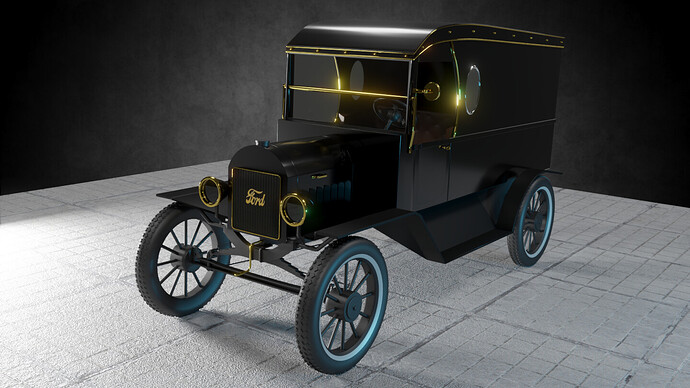 Just a little ways to go yet on my current modeling project I’m building to include in a short movie clip which includes a pier scene. I thought it needed this old car for atmosphere. It’s not a total build as the under-chassis is from a Model T Touring Car I built in 2018. It’s not an exact replica of any particular car but ideas I’m taken from a picture of a Model T delivery van of some kind apparently altered. All my work is done in Blender and then I do the texturing in Substance Painter (from Steam). The lighting effect I’m using is Poligon’s Pro Studio. I got about a full week’s worth of work on it to do yet including adding the logos to the sides of the van. Haven’t figured what that will be yet. 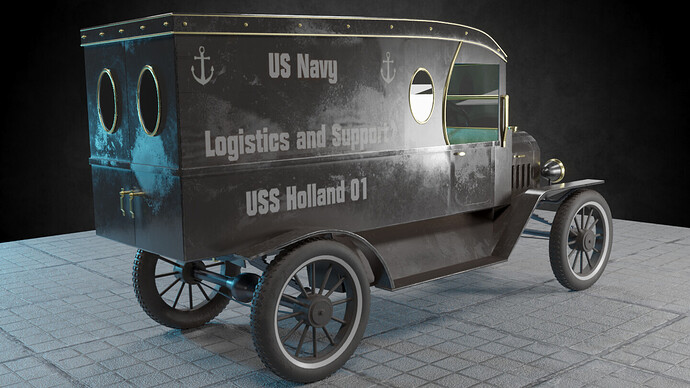 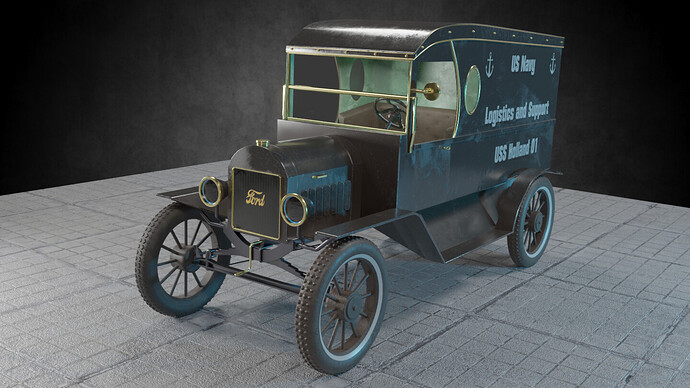 i did one long time ago

also the vent fin on the side seem too big

i’v seen some with a battery on the side too!

Thanks Rick I appreciate the suggestions. The explanations for some of its ‘difference’ is I had to eyeball the van from an old b&w picture and the van looked like it had been altered to suit somebody’s purpose but I don’t know what it was. Just thought I would explain some of that if it helps. - Rich

see some of the headlight here

most seem to have some front refractor glass

Thanks for including the links to the refractor glass I’ll use that in the next upcoming Model T wagon I do, and maybe then I’ll get it figured into this model as well. This van was a revamp from my previous Model T Touring car I did back in 2018 where I revamped the under chassis and built this wagon version from. In 2018 I was using subsurf all the time and it took a bit of editing to redo all of it to make this model lower poly. I think I got it down to about 67K. Anyway this particular project the van sits up on a pier which in itself is mostly a backdrop for a very short submarine movie I intend to make. Originally meant to be a Blender production I changed my mind to do it in Unity. That’s a WIP still. But here’s the van in the pier scene sitting temporarily where its at till I place it permanently. 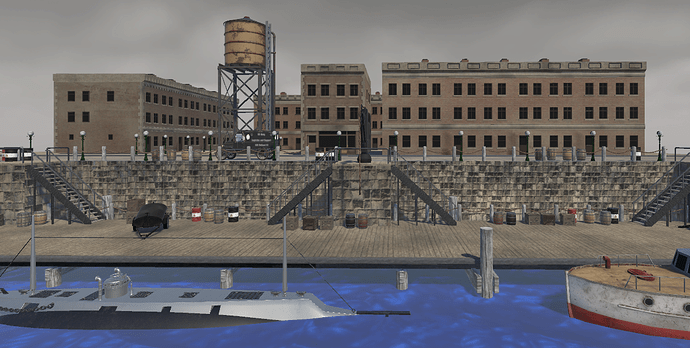 The movie itself was inspired from this pic which I made as a simple mock-up of the USS Holland submerged.