Hello,
this is my first attempt to model a car. It is supposed to be a 1980 Cadillac. Its in a very early stage still, but took some time already.(including a long break) I have only viewport renders to present for now.
Yes, it is the outer “hull” only. And misses still some parts. I began with the front part, then continued with the back, because i find the middle the hardest part. since i have only some normal reference photos (no exact template drawing) , i must guess the correct curvatures, angles and slopes at some places.
Especially the doors on the photo have lots of decoration stripes, so i need lots of edgeloops there(maybe a texture would serve better ?) 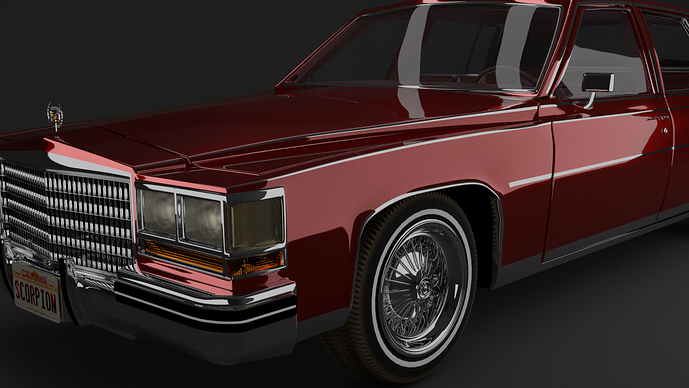 Hello,
its been almost a year since i worked on this, tried a new attempt in the meantime, mesh still is wip and has some problems.
I made a viewport turntable render with fake car windows and only some placeholder materials:

Any suggestions how to improve the mesh / model ?

here my first render attempts for this model, and i did not render very much yet… so for me it looks not good.
Do you have some recommendations for me how to setup proper lighting and background ?
Dont think that the model itself is that bad, but it does not look great when rendered.
Btw, model is wip and windows are now more “view obstacles” so you dont see the void inside.
Wheels will follow later … (still to be modeled) 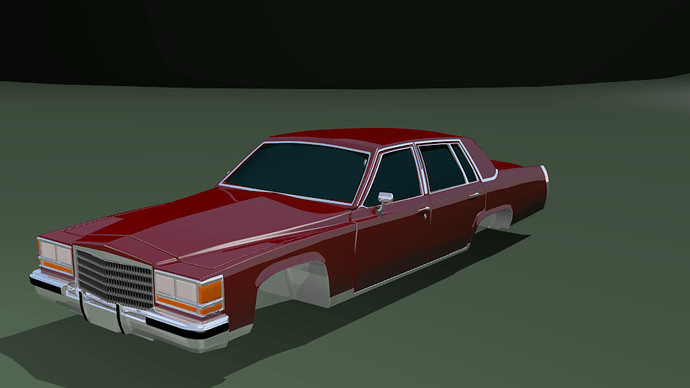 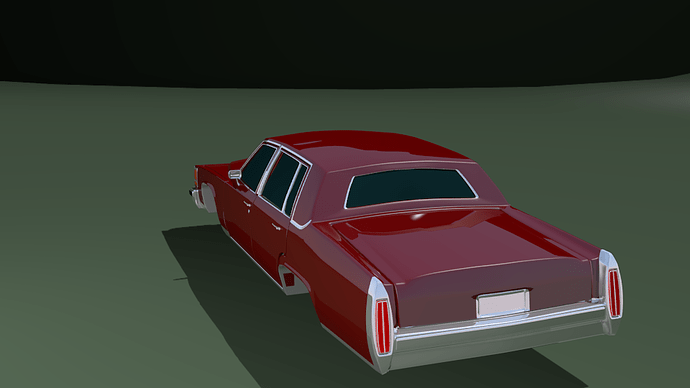 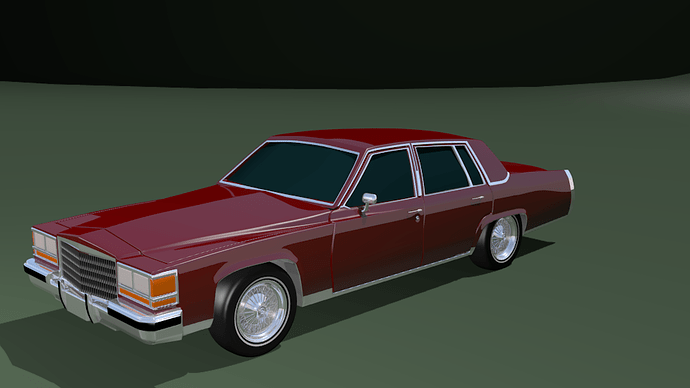 another update: added tire profile, ground texture, tweaked the chromium material a bit ( all blender internal)
Hope i am going the right direction… 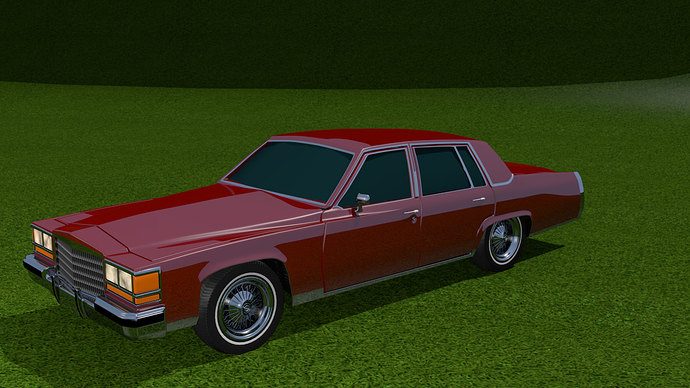 Looks like clean modeling – can’t tell without seeing a wireframe. Once you get it all modeled you should try rendering it with cycles – it’ll give you much better results.

Hi, glad somebody noticed my model/render. :yes: Here 2 viewport renders with edges visible. Probably the edgeloops at the front headlights are overkill, separate objects would have been better, I also needed many edgeloops to form the door insets. Should i maybe omit the subsurf, since its a relatively boxy car ? Otherwise i need those many edgeloops to work out the sharp edges, creases dont work always and produce strange results sometimes. Will try cycles when i finished with proper headlights and maybe an interior. 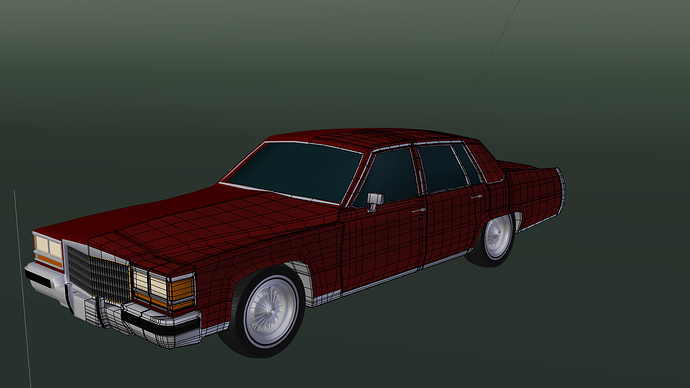 Hello,
i added some chromium stripes, some interior for the headlights and some (fake) interior for the car. Last attempt with blender internal, need to learn how to use cycles to get a better result than i have now. Any hints or things i should consider ? 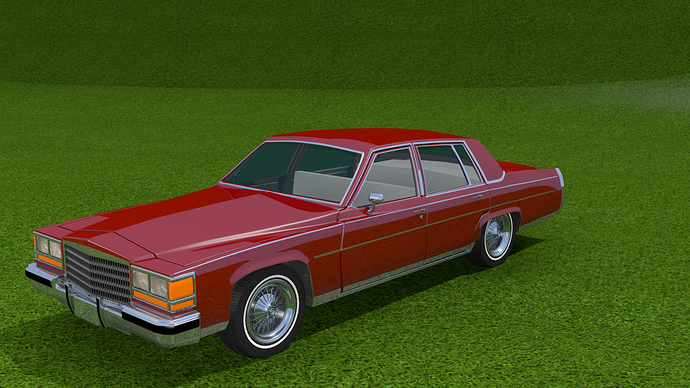 Nice and clean model , i like it. The last render is nice even if made with the internal render.

I found a tuto about cycles and cars , you can look at it if you want : https://www.youtube.com/watch?v=SNu9XGwiEto

Hey, this is a really sweet model. I’m no expert, but subsurf is generally the way to go to get the nice curves in. I tend to get pinches where loops come together, yet your model looks smooth, I’d like to know how to avoid that. I also understand that crease is not the best approach, edge loops are the go (also correct me if I’m wrong).

For the Cycles question, samples reduce noise. Also try mutliple importance sample on the world setting as this might help reduce noise on the scene. I also suggest HDRI lighting depending on the ‘look’ you’re looking for.

The car body except the windows and back lights is basically one mesh and the doors are part of this mesh too but not linked to it. So i have many “continuous” edgeloops around the mesh, together with evenly shaped quads this makes a smooth appearance. Trunk and hood are also part of the mesh, but not linked to it as well (different mesh islands. Without that, i would have too many circular mesh loops which would not match at the back or front end of the car. I also tried to avoid using triangles as much as i could.
Here are some views of my early base mesh: 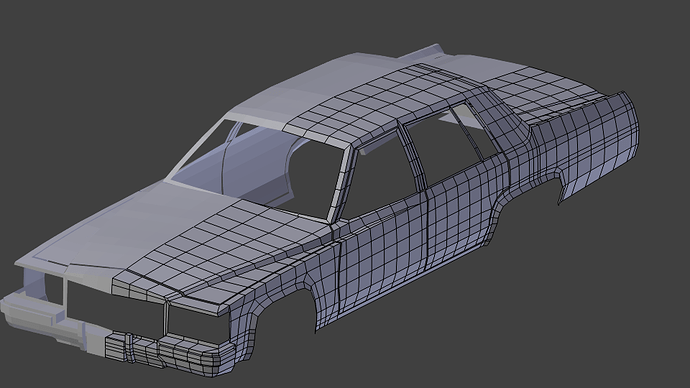 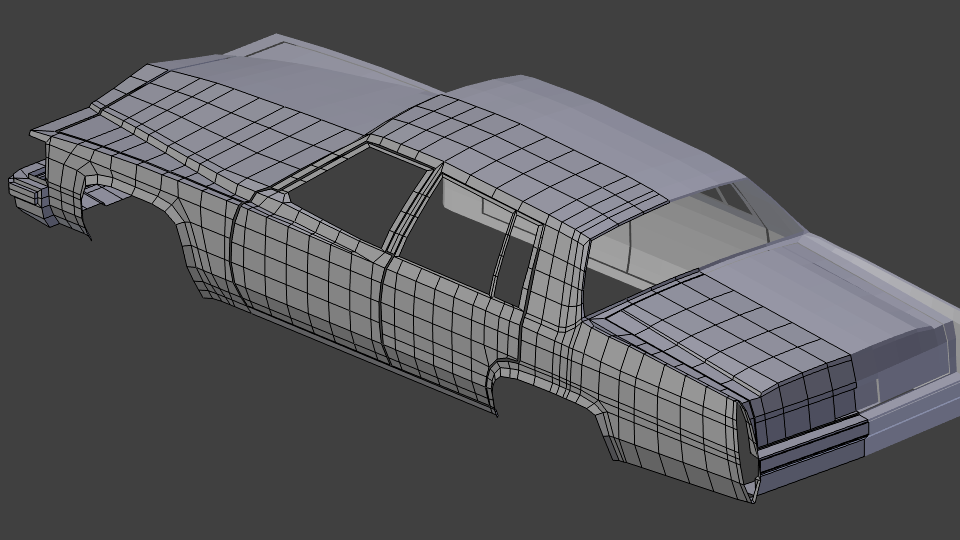 Currently i am watching the cgcookie tutorial on how to render a sportscar with cycles to improve my render result.

thanks for sharing this , i could watch and learn.
How you make a picture like this ? so the grid can be seen (or how its called)?

I made a test render with cycles, 300 samples, took about 5 minutes on GPU (Is that good or bad for a GTX 580 ?)
How does it look like now, what could still be improved ? 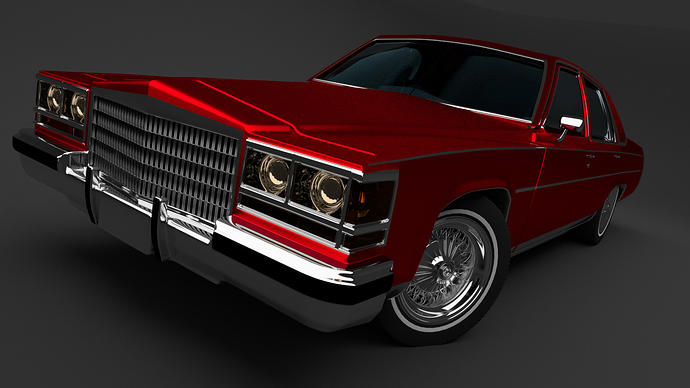 looks great to me!
thanks for the tip , i will try to see if i can get it done , i mean the render with wireframe.

I’m not familiar with the car, but your modelling looks nice and clean.

Your cycles render looks good too.

For me the car fills the composition a little too much. 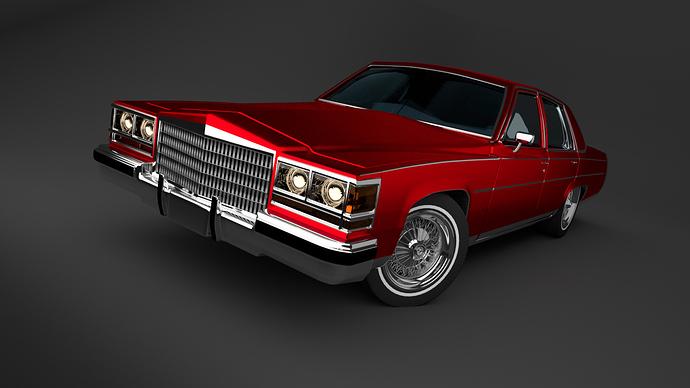 hello, just 2 “compo” tests (50 samples only) with a background image found at http://www.zastavki.com/eng/World/USA/wallpaper-8006.htm 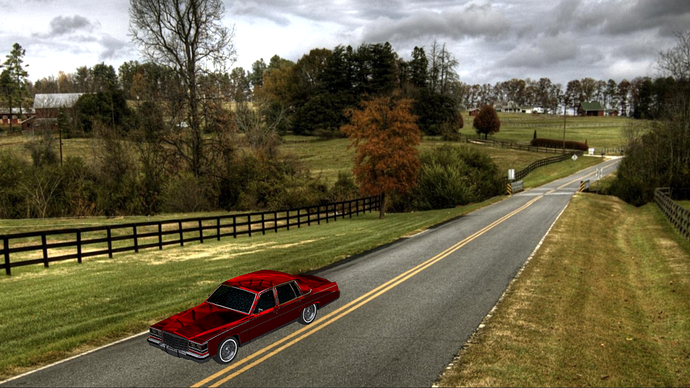 Looks both still fake… i just used a plane with that image as background, plane facing the camera and fiddled around until it sorta “optically fits”. Since i dont have an hdr dome and failed to create one from this image (guess you need multiple images at different exposures and view angles) i simpy used that image as environment texture too. A quick and dirty hack, but for me looks better than expected. How can i now just get the AO “shadow” of the car onto a transparent plane ? Is that possible ? Should i maybe bake it to a plane beneath the car and set it to alpha ? Any hints ?

so, now i added some ao with blender internal and composited that together with cycles (didnt manage to get just ao from cycles to a ground plane… should be doable as well since it has an ao pass too), should not look so fake anymore 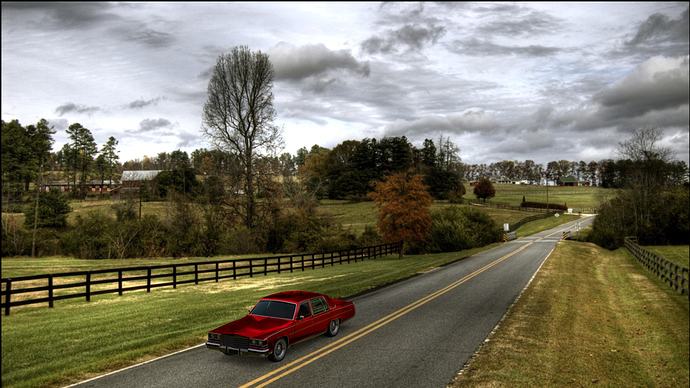 What do you think ? Better ?

I think the reason why it looks fake is because that the car is very small. Maybe scale it up?