CPU rendering will be restricted to a BVH2, which is not ideal for raytracing
performance but can be shared with the GPU. Decoupled volume shading will be
disabled to match GPU sampling.
Thread priority or GPU sync tweaks are likely needed to improve performance,
but might as well post the patch for testing already. Perfect scaling is not
going to happen due to BVH2 usage though.
Go to User Preferences > System to enable the CPU to render alongside the GPU.

can we have a link to download the branch please ?

Is this compatible with SMP? (bi xeon platforms for example)

I have yet to see it pull from Master. I don’t build branches with specific diff changes so I have no knowledge of exactly how they are branching testing of such and remerging. I’m not interested in brushing up on git merge and working on several local copies.

I would assume once they recognize the CPU it’s limitations would dictate the threads available for OpenCL based CPU kernels to leverage.

Will this be merged in current master? Or only 2.8?

Will this be merged in current master? Or only 2.8?

I believe it is going into Master first as the source code being effected is the 2.79/master branch. I’m seeing nothing in the properties.py reflecting this feature.

Even though it’s gotten the greenlight I still don’t see it merged.

From what I can tell this is going into 2.79 next revision but getting refined at the moment.

/* these lines are grep’d, watch out for our not-so-awesome regex

I’m glad it’s not going into 2.8 first. Let us bang on it and file bugs to test, and then later roll it up into the big future release.

From what I can tell this is going into 2.79 next revision

Anything currently being committed into master has no guarantee what so ever it will end up in 2.79a/b/c. When the time comes for 2.79a we will look though all commits, and cherry pick the needed bug-fixes and transfer them over to the 2.79 branch, new features and especially risky and/or compatibility breaking changes generally don’t make the cut. But really until we sit down and sift through the commits nobody can know for sure.

I just did a test with a BB Build and the result is AMAZING!!

Here is the test scene rendered with GPU+CPU: 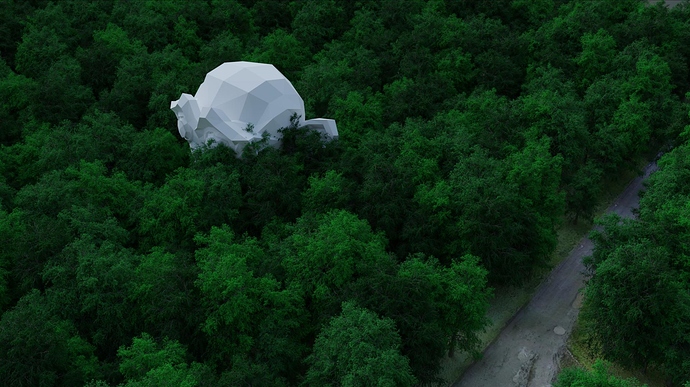 can we have a link to download the branch please ?

Correct me if I am wrong please.

I think esimacio is right.

Unfortunately today I get weird pinkish results :no:, (only in CPU+GPU) but I’ll investigate further.

I’m also getting a 40% speed boost on most scenes I throw at it, and most of those aren’t very memory intensive.

It’s only faster on smaller tiles and that is not optimal for amd cards that uses big tiles.

Correct me if I am wrong please.

This is wrong, it’s about improving render time only. You are still limited by the memory of the GPU, solving that issomething else.

As other explained, you need to use small tiles to get the render time reduction. We have done some optimizations to render small tiles faster and more are planned, with the goal of eventually removing the manual tile size setting entirely to better balance CPU and GPU work.