(2.8) Is there a way to properly load maps without entering Shader / node editor?

I have been using blender mostly after 2.8 beta was released, and I think that beginners can learn basic things pretty quick. Most of people (experienced only in 2D) I had presented the software could learn basic modelling quickly, but they were always scared of opening Shader / node editor.

After opening standard material editor and loading Image texture as Roughness or Bump map, it doesn’t work, because Alpha channel is connected to the node input. It is required to open Shader editor and manually connect Color output to node input. 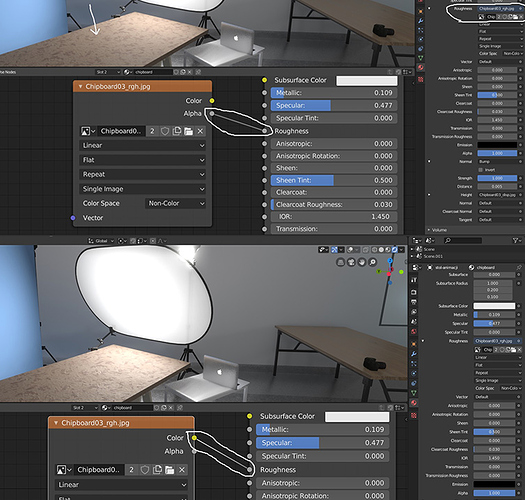 Is it possible to change this behavior, so the Color output is used by default? That’s not a problem for me, but making others fully understand how node system works would require several hours. It would be nice if there would be a way just to load the maps by clicking “Open” and staying all the time in the Material editor in the sidebar. From what I experienced only Color map can be loaded that way, but that isn’t enough to give somewhat-photorealistic effects (and achieving nice effects quickly encourages people to use the software

but you might still need to upload some files unless you always use the same files and do some tweeking on principal shader !