I understand that blender 2.80 is going to be more user friendly to newcomers, but please don’t sacrifice the speed of blender’s modeling workflow so many of us are used to in 2.7x

You can make it behave just like 2.79 by setting up the hotkey the same way.

scroll down and add new

Only difference is it wont be 90c by default, and you wont get the same values as used previously. This however i think is by design, cause its often easier to work off the same default starting point rather than using the previously used values.
This may be adjustable in the preferences, and you could start a new topic discussing this and trying to figure out weather or not its possible.

And as a side note, i advice you to start a discussion with the goal to find a solution, and not attacking blender. More often than not, there will either be a solution, or a really good reason for why it is the way it is. In which case people may be able to change your mind, or you may be able to change theirs. And if an opinion becomes wide spread, you can be sure that BF will change it for the better. Example, there is currently a massive heated debate surrounding the icons, and weather or not they should be coloured or monochromatic.
Its hard to sympathise with people when they start off the discussion with a rant, especially when you list things for the sake of listing them, rather than making a point.

Don’t click the gizmo and it’ll still align to the view.

Thank you for your extensive reply.

I did remap the hotkey, there is even an easier way to do it than what you describe here. You can right click the tool and assign shortcut 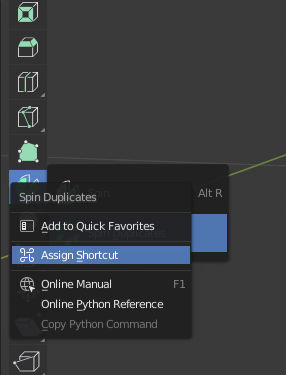 I was critiquing the new changes, not attacking blender or making a rant.

I will make a suggestion for a improved spin tool: instead dragging a gizmo or defaulting to 90deg, have it be controlled by the mouse movement without clicking the gizmo, just like the rotate tool.

Keep the gizmo because it is easier for newcomers.

Thanks you very much, this is great to know.

I was critiquing the new changes, not attacking blender or making a rant.

Then you`re off topic. This is the support section