This is my second project to submit here, need constructive criticism on texturing, and please explain how to improve if you can! 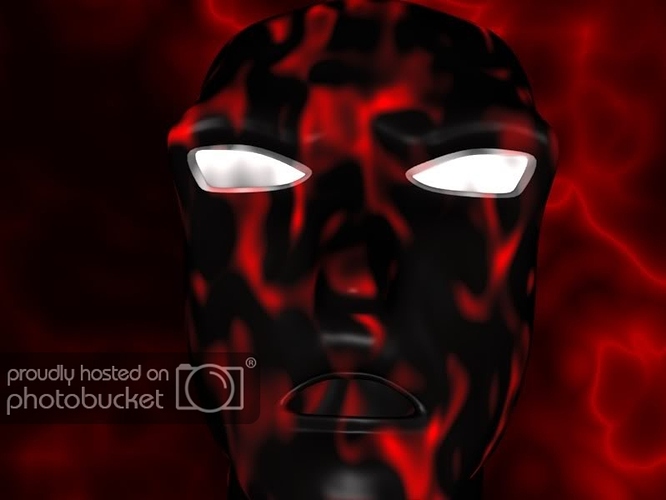 also it would’ve been cool to see someone more skilled make a remake of this one, so I can see how much better I can get!

If you were going for realism, the models kinda flat, it’d need more detail. It’s not badly done, though the eyes seem a bit big for it.

Constructive criticism on texturing… Well, it looks like you got two procedural textures and set one on the background and one on the model with orco mapping. This falls a bit short. Most really great texture maps should have a lot more than one procedural to them, or should be detailed, uv-mapped pictures.

If you were going for the guy to kind-of look like cracked, fiery rock, then you should make the procedural sharper, and make the red cracks sunk into his face. Some side-lighting would’ve helped, to make the parts that aren’t glowing better lit, and to add some specularity to the guy’s face to bring out the ridges more. Extra noise on the black would help, too.

If you want to make it a bleeding, charred mass, like a fire zombie or something, you should make everything a lot more messed up and glisteny, and there should be fibres and bits in there too.

EDIT: I’m going to have to say, though, if you want help and constructive criticism, post it in the work in progress or focused critique forums.