3D-Coat as a companion to Blender 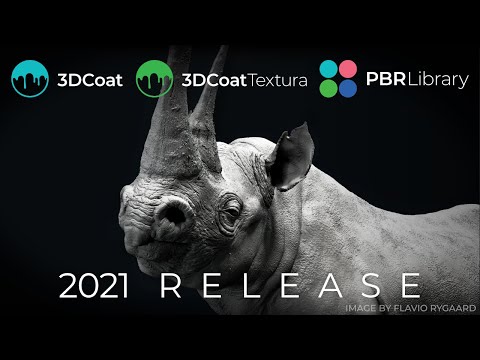 All I saw is sculpt layers, did I miss something?

does it have that?

I have not tried 3D coat, I used Mudbox many many years ago and looks like it got almost no development since then, to become a robust and competitive piece of software.

As of now, I do only sculpting in Blender so I can mention these information for sure.

With its Voxelsystem there are no classic incrementally built coarser subdivision levels beneath per default, so it has Multires-Proxies instead to acomplish deformations on different levels. Its there in 3DCoat for a pretty long time.
Not sure if and how much the system has improved in the most recent versions.

You might get an impression of it by scrolling through this video:

Hmm, looks like they need a proper implementation of a multi level system… the way they do it is a little weird…

The thing that I like about nomad is that it looks like it’s following the steps of zbrush very closely, without trying to reinvent the wheel or implement weird workflows… it’s learning from the best and that’s it…

I wish blender did the same…

Damn, it even has the shadowbox… hehehe…

They should release a desktop app…

Shadowbox, haha, one of those tools that always feel very powerful, but you almost never use.

3D-Coat has a really nice Shadowbox equivalent too by the way: the Sketch tool. I can see myself actually using that.

but you almost never use.

The multi level system is exactly what they would need. Their devs are capable, I’m sure. But 3DCoat development felt (yes, past time) very cluttered until about a year or so ago when they overhauled a lot of UI changes and stuff like that. Also, the Voxel mode got a lot faster recently.

I personally think the SubD/MultiRes workflow is what makes ZBrush as powerful as it is. Apart from that and maybe the ZGrab feature or how to create quick alphas, I prefer 3D Coat, actually.

They would need to apply the 80/20 principle to the most used tools tho, streamlining the workflow a bit more instead of giving you every option the program can give you.

Edit: I am currently monitoring the ZBrushCentral forums, and in the thread about ZBrush/Maxon there was this comment by “gremlin”, a long time ZBrush artist:

Not multi level but equivalent:

The biggest concern a lot of people have is the missing SubD workflow.

Yeah, the traditional multi-level subdivision workflow would be very welcome in 3DC, but I work this way now:

Jep, I am currently trying to get a figure sculpture done as good as I can in 3D Coat only. 1 and 2 are identical so far, but I’m trying to use the ProxySliders until I have a feeling that I “mastered” them until I go into surface mode. This program is insanely capable.

Quad Remesher was one of the biggest but best investments I ever made for Blender. Such a great retopo tool.

Sorry me again, i dont like to bother anyone with multipost. excuse me.
sidenote: you can Reproject inside 3DC too, if needed

Thanks @carlosan. I’ve been viewing 3DC video tutorials all week, and can’t get enough of it. Learning is half of the fun, the other half is applying the gained knowledge.

The multi level system is exactly what they would need. Their devs are capable

I hope they implement it soon enough… it’s a must…

I am currently monitoring the ZBrushCentral forums, and in the thread about ZBrush/Maxon there was this comment by “gremlin”, a long time ZBrush artist:

I am currently monitoring the ZBrushCentral forums, and in the thread about ZBrush/Maxon there was this comment by “gremlin”, a long time ZBrush artist:

The biggest concern a lot of people have is the missing SubD workflow.

Yes I saw this, also he said:

The Pixologic Discord is FULL of Blender Users since the whole Maxon Announcement. they want nothing more than to destroy Zbrush in every aspect, cause they think of Zbrush dies, suddenly Blender Sculpting will “Get Good” somehow. anytime anyone even MENTIONS Maxon or Zbrush in there, someone (Usually 3 or 4 people) will pipe up with “BLENDER IS FREEEEEEEE!!” like that makes a difference to anyone who wants to use a Quality product for their job lol.
…id rather hit the high seas than use Blender for Sculpting. absolutely TERRIBLE.

Is it necessary to start an app vs app war ? I don’t think so, each one has its pros and cons, we use the ones that best suits our creativity. Workflow is the key.

As he said later: Well, im currently buying 3DCoat, cause i figure its just one more tool in my belt. even if i don’t use it for anything but Retopology, but i don’t see it being better, or even nearly as good as Zbrush, sorry but just my opinion. id rather keep my 2022 license till something MASSIVLY better comes along, than downgrade to sculpting with 3DCoat for no reason. i mean, i got everything i need in 2022 anyway.

I didn’t agree with everything he said or I would’ve clearly stated so. Maybe the current workflow IS actually better, but nevertheless I couldn’t really figure it out as easily and I used 3D Coat before ZB. I think you might have read and heard lots of users “not really getting it” over the years. Like I said a few posts ago, I think Pilgway goes in the right direction now.

It’s not about app vs app for me, I just want to continue my work and finally got to the point where I can make my clients happy with good quality sculpts in a specific time frame, but in ZBrush. We’ll see. Been sculpting all day in 3D Coat and it’s great. Just trying to find my way through it.

id rather keep my 2022 license till something MASSIVLY better comes along, than downgrade to sculpting with 3DCoat for no reason. i mean, i got everything i need in 2022 anyway.

this is a very valid point. I basically did the same after Softimage died (2015).

Kept using it until 2019 - until Houdini provided more pros than cons compared to it. Still miss it, but i also fell in love with Houdini.