Hey, I started working on this kinda funky 3D graffiti/typography. I’ve got some cool ideas as to how I can animate it, but I’ll have to do a little bit of learning before I can achieve those ideas.

I think I’m going to model a simple underground subway station scene for it to sit against, or maybe a warehouse. In both cases it will be mostly a white background with heavy fluorescent lighting.

To make the model I created a simple segment and used an array modifier with a curve modifier, extruding the curve until the typeface looked alright, and then pushing verts on the curve to avoid intersection of the “band.”

I want the color gradient texture to run along the length of the band (so each letter is R/O/Y/G/B/V, ish.) I’m not very good with texturing/unwrapping so I’m gonna have to look a little more in to that, unless anyone can tell me a simple way to do it with this kinda of a shape. The texture is a 5000x1000 pixel gradient.

I also rendered a short little rotating view so you could see the shape a little better, sorry for the low resolution. 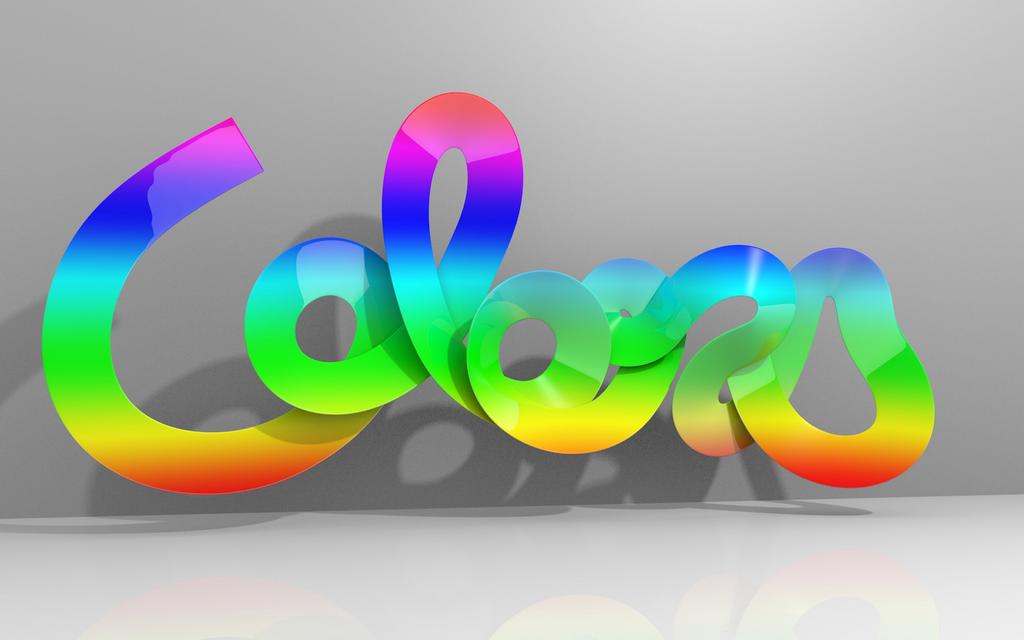 If you want to get more complex with the texture and UV unwrap I think a project from view would work just fine.

Thanks Manti, I’ll give that a go!

Somethin’ like this, probably a brick/cinder block texture (painted white) for the wall. 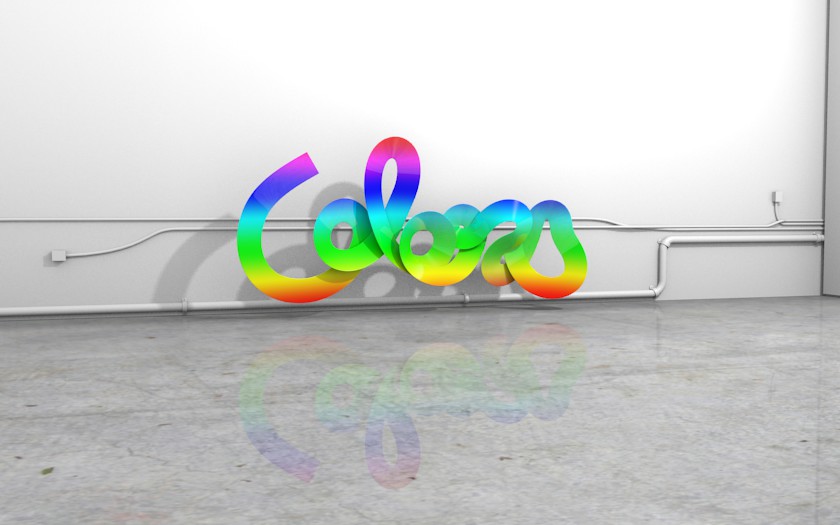 I may add some objects for the foreground but for now I like the look of the scene, I know there’s other things I can do though, please let me know! Harsh crits welcome.

For now I’m going to try to get the text looking right. 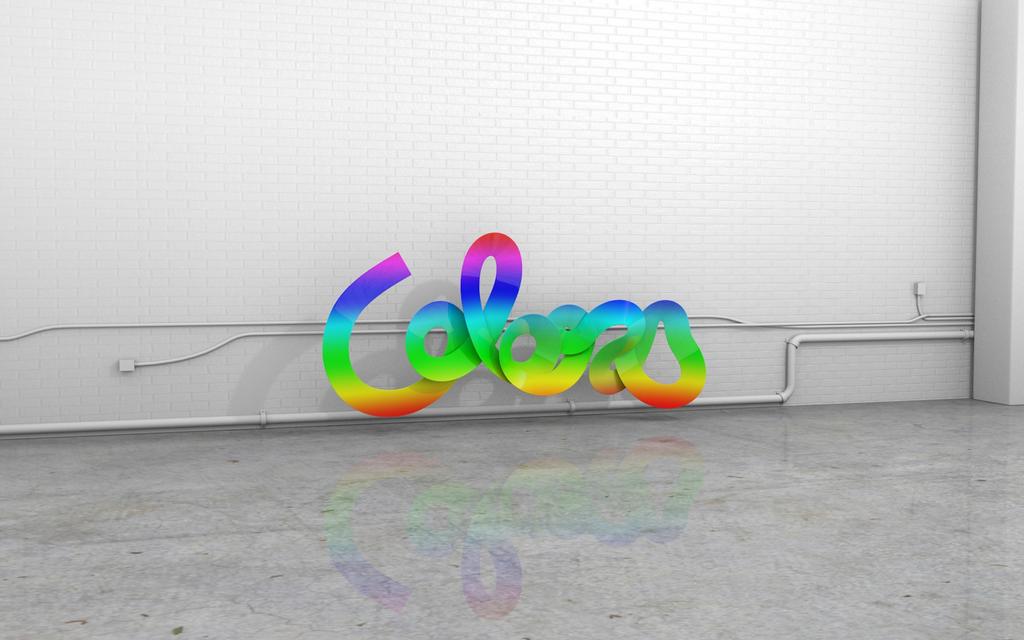 Update, done for a day or two while I’m away. 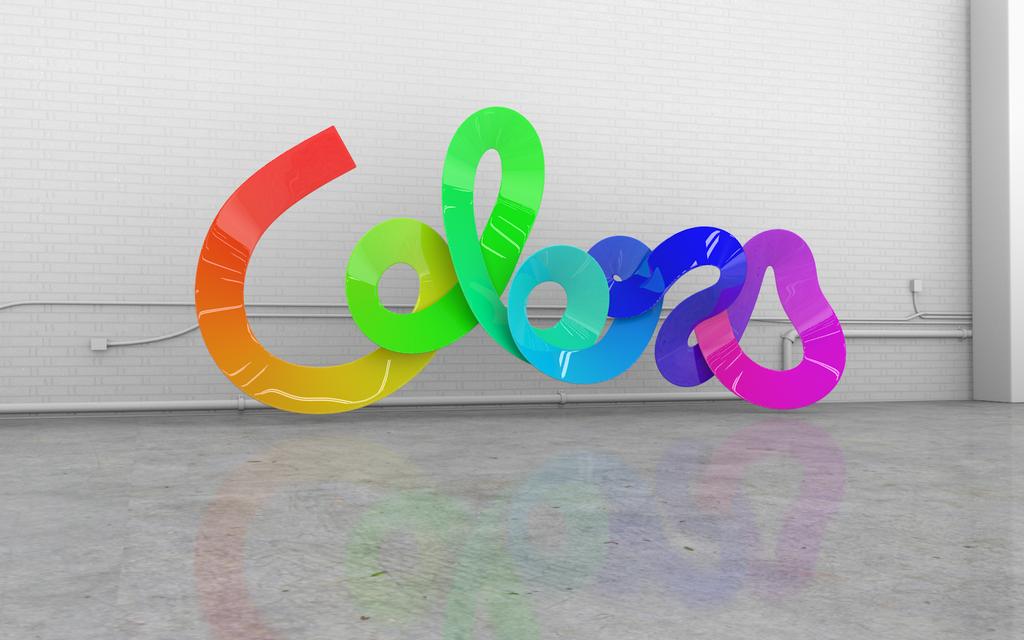 I’m pretty happy with this scene, I still want to try to animate something to go along with it. I rendered 12 frames with the texture changing from clear like glass to the opaque colored texture with little success, but in the attachments you can see what the glass looked like. 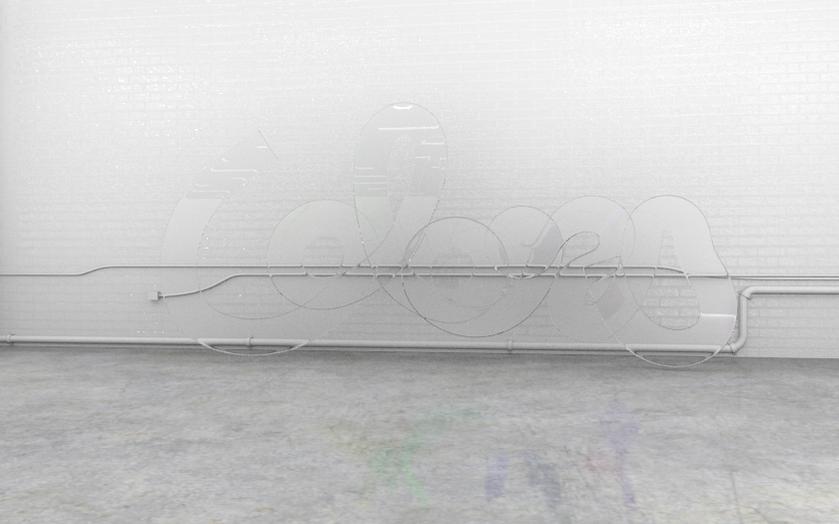 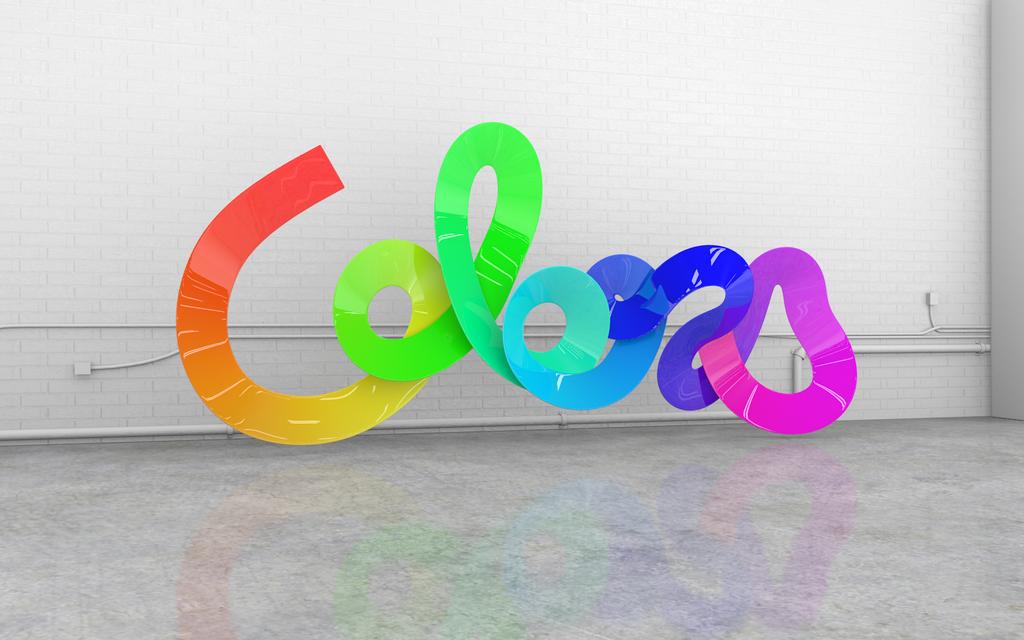 Thats a really cool effect, I like the fact that its all connected. Are you going to animate it being “drawn”. That would be pretty slick. Are the colors animated already, or did you just rotate the gradiant 90 degrees?

I really want to animate it being drawn because it already kind of has that sense of movement to it but I really don’t know how. If I went back and re-bound the mesh to the curve I could try extruding it more, but even when I was making it for the first time the whole mesh can shift or bow in/out based on the placement of verts along the curve.

Does anyone know how you can bend a mesh like this and define exactly which way it twists? Like using a curve but having the ability to rotate a handle. (You can already see the directional arrows along this type of curve)

The mesh was unwrapped and placed along a 5000x1000 color gradient, I just moved it in the UV image editor until the colors were in the right place along the curve.

Wow, Nice job. I dont have ideas for animating it, but my only complaint is that you could probably get a more realistic render if you put some kind of a speckled or light cloud texture on the word. Nothing is ever completely smooth like that.

As far as animating the ‘draw’ of it, you could utilize that curve object as your path, animate an empty to fllow the path, and then name the empty as a map to for another blend texture added in the material, set to affect the alpha of the material. You might use Z transparency for it, and maybe make the blend texture have a hard transition between black and white.

@luclay - I considered some textures/bump maps to use on the object’s texture but I decided I really like the high-gloss texture, though I do realize it isn’t 100% realistic. However, if you look at it as painted glass or a high-gloss plastic it could certainly be a realistic texture. I like how the glossy texture reflects the grid of ceiling lights I’ve included.