Thats a nice 3D scan of your object. The trouble with 3D scans is that they produce dense triangulated meshes. Unfortunatly these meshes are unsuitable for editing. While its true that Blender will sculpt triangulated meshes, adding small detail like your post refers to is very problematic.

Here is what will likely happen in your case. You will get some more detail but it will inevitably alter your texturing layout, This in turn will compromise the texture that was provided via the 3D scan. Giving you portions of the object which appear to have a smeared appearance. In the long run fixing all of the problems will call for more man-hours than if an artist were to simply recreate the model using All-Quad topology. Which in turn is more suitable for sculpting and later re-texturing.

I spent about 20 minutes modeling a quick base-mesh, and I came up with a pretty good start for a sculpting artist to work from. Its important to note that, the reference images provided don’t give much detail of the back part of the model, which you can see in my examples. With better reference photos I could produce a more accurate base mesh.

My advice to you, would be to have your model 3-D printed, this it will do nicely. Ive used Shapeways in the past, thier pretty good for this sort of thing.

If you want a 3D render of your object, it will be cheaper in the long run to start from scratch. 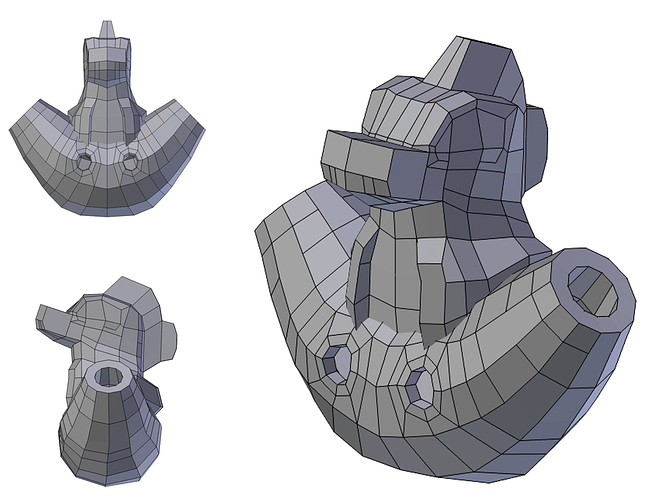 Could you give more details like what it’s going to be used for etc.?

sent you a PM

Is this a game project?
If so,please check our models here:
http://game-silkroad.com/game_en/case.html

sent you a PM