3D work from way back when

First off, I wanted to post this in off-topic chat but I couldn’t upload images there. This is finished work however and not Blender related. I just wanted to share the first things I’ve done in 3D. If this is not proper place to post, the mods can move this thread or delete it.

Durng my University years, I took a course in Computer Graphics; this was a Software Dev course not an artistic one. One assignment was to produce a raytracer that used TCL scripts to define objects with primitives such as spheres, etc. Tk with OpenGL was used to display these objects.

So without further rambling here are some images I produced during my 4 month course: 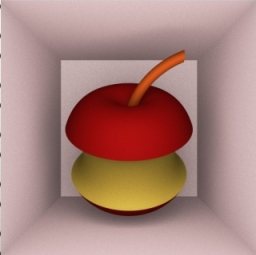 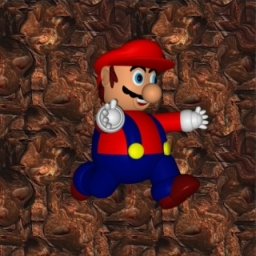 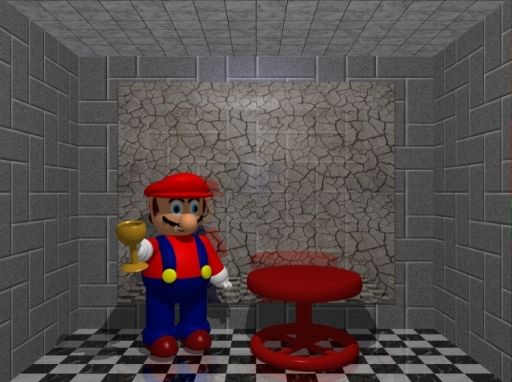 cool man, did you model all of that stuff, and if you did, with what program?

How does that modeller compare to blender’s modelling capability.

No, I didn’t use any program. Part of the assignment was to use TCL scripts to define the object by hand (like povray and yafray).

The Mario model was done by hand with trial and error using primitives. It has one joint for fingers, thumb, elbows, knees, ankles and 2 degrees of freedom for the neck. It took me roughly 60 hours.

The apple is was done later during the course using booleans (CSG); to simulate the bite. one torus was subtracted from another torus that had min radius = 0.

There was no modeller because the exercises was designed to understand the math and algorithms behind these modelling packages. The scenes were rendered using raytracing and the raytracer was implemented by the students. TOGL (Tk widget with OpenGL support) was used to visualize the model when tweaking had to be done. My viewer had the additional benifit of exporting the transformation out so I could cut and paste the transformation into the TCL script

I have other images as well but they’re buried deep in my old computer. If I dig them up, I’ll post them here. I’d be interested in seeing if anyone else has had experiences like these in school/university.

Actually the first Mario pic in that come-give-me-a-hug pose was submitted by me to the professors along with other characters designed by other students in similar poses and at the end of the course, a T-shirt was made with the university emblem, class title and the images.

[EDIT]Here’s the composite. Its a bit cheesy but they do one every course. 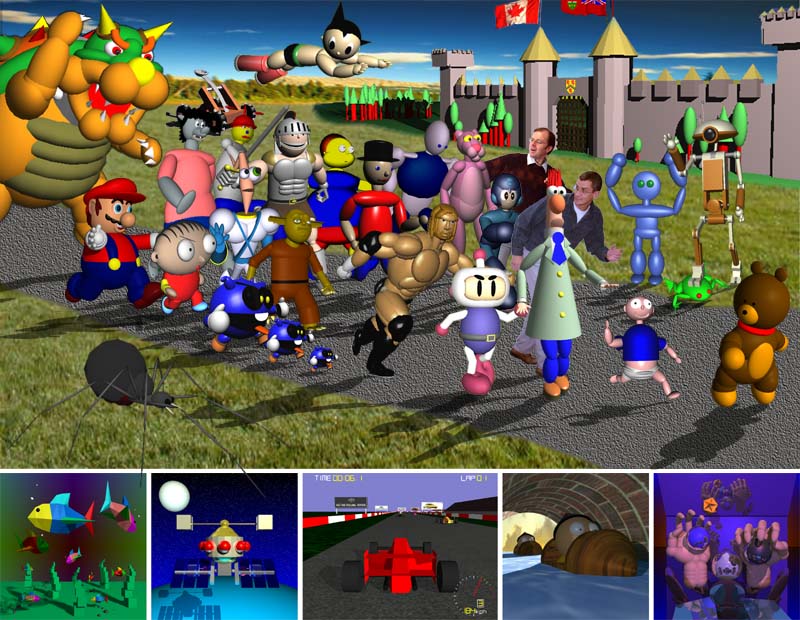 And my model made it into the course gallery. Do a search for Super Mario on this page: http://www.student.cs.uwaterloo.ca/~cs488/gallery-A3.html
This is the picture there: 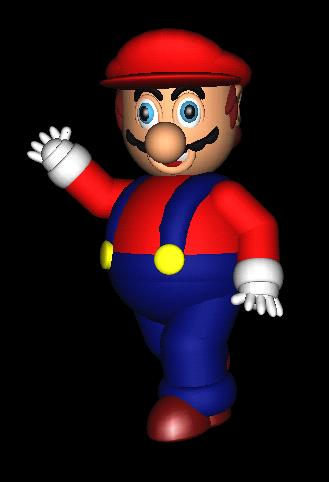 Your model stands out from all the models made out of pretty much all procedurals… How long was this course?

Thanks Alden. The course spanned an entire semester; 4 months. It was a 4th year course (my final year). I took this as 1 of the 4 4th year courses needed to fulfill the requirements to graduate. There were 5 assignments + a project. I extended my raytracer in the last project (the scene with mario holding a chalice) to have ditributed raytracing (not on distributed systems as most people think… a.k.a. the soft shadows w/ multiple rays per pixel), different supersampling techniques, bump maps, texture maps, … the list goes on.

This was one of my favourite courses and I scored 87%. I feel I could’ve done better.