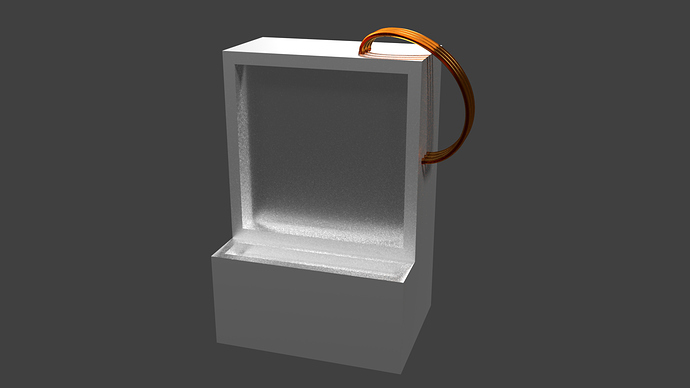 The idea was, “Ok, I just learned how to make a chain using modifiers, so if I use cylinders and some other options, then I can make a tube. What the heck could I put that on?”

So rather than modeling a computer, I decided that a machine, like a vending machine, would work well as a place holder. A computer makes more sense since computers have a lot of wires (or at least mine does. I’m a cable management guru - don’t get me started lol).

The tubes were made using one cylinder, two differently sized ones for caps in an array modifier, and then a path curve. I then used one more array modifier to make three tubes in total - this all means that I can edit one, and the others (no matter how many) will change identically - seems pretty efficient