it is nothing fussy. Just a toon-style crab with a flower.
I’d like if you help me to improve it. 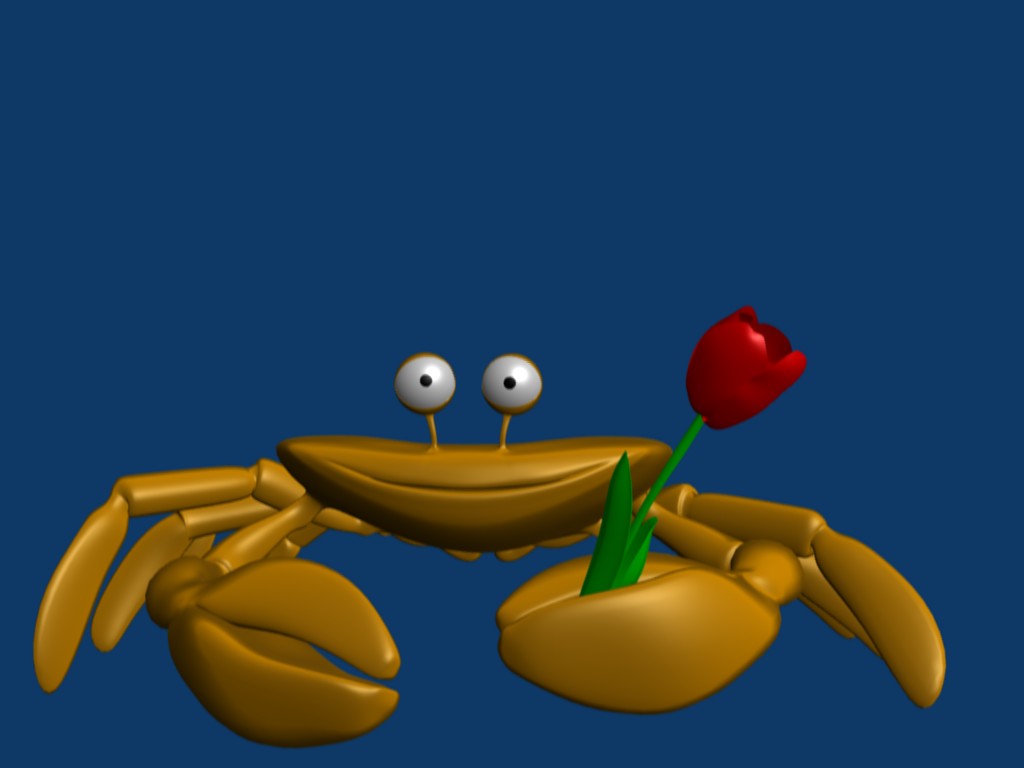 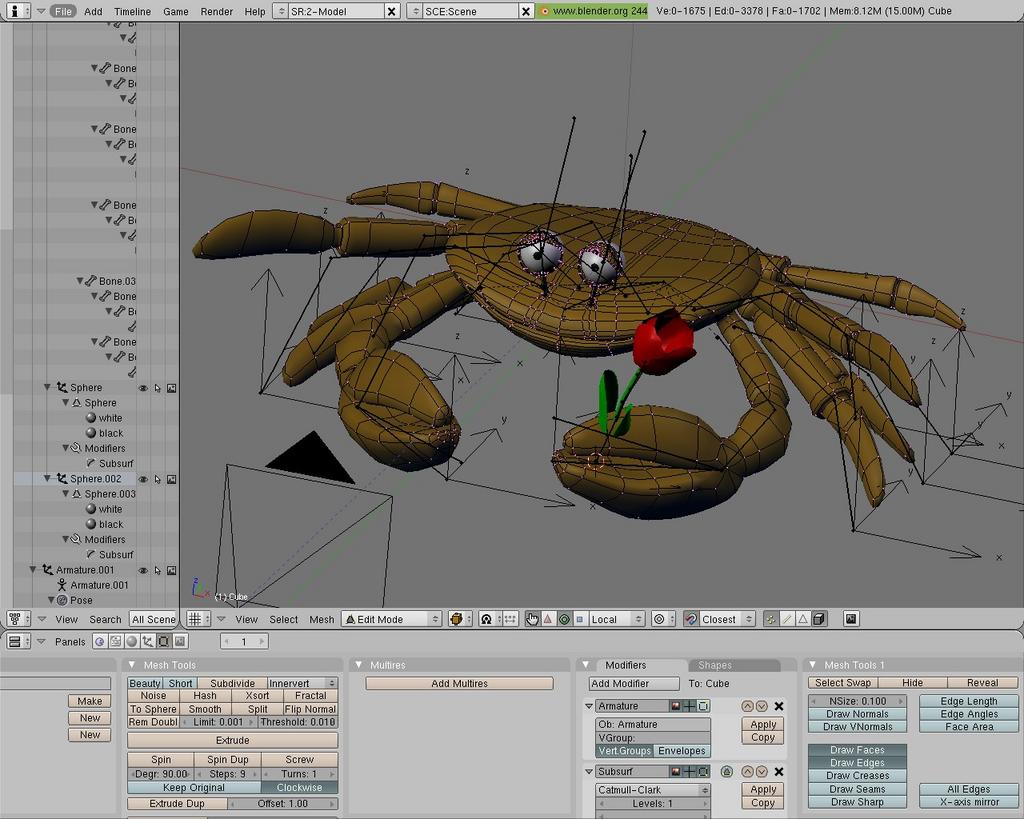 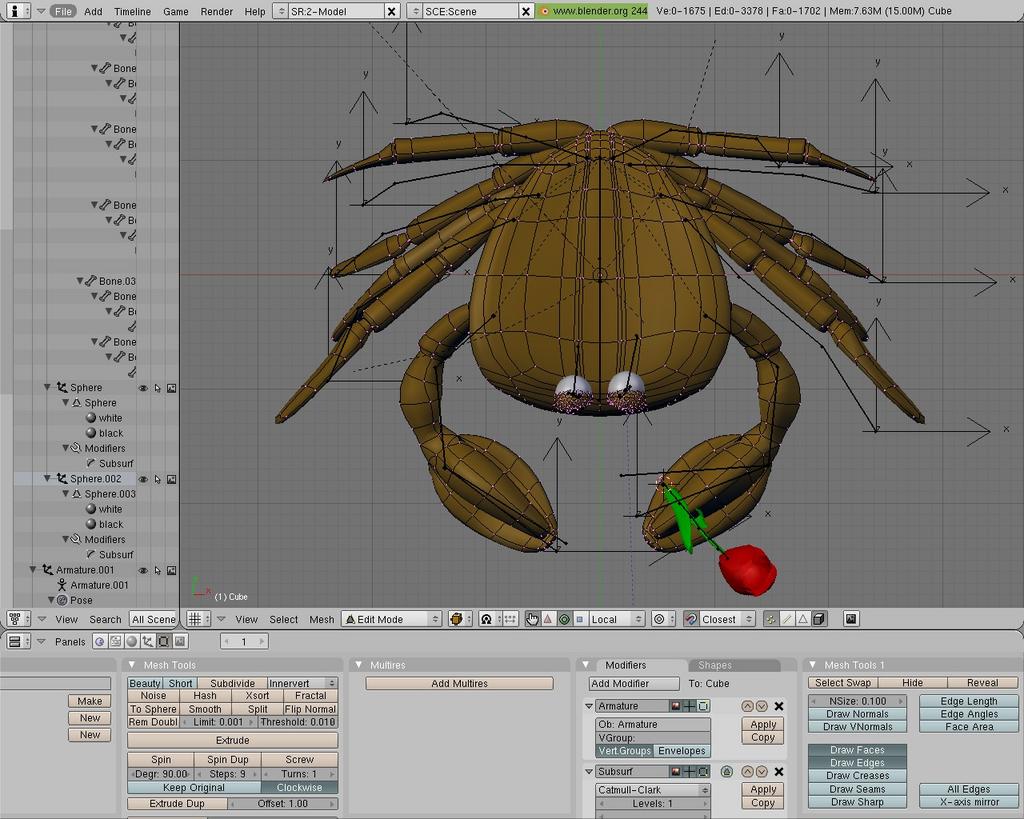 It looks pretty good to me but maybe you could make the stalks for the eyes a little thicker. They look like they are too small for such big eyes.

Thats not too bad! Maybe you could add a sandy beach with the ocean in the background. Maybe even coming out of a hole that it dug. It seems like you have it rigged so maybe you can make an animation of it trying to get to the ocean. Great job!

Cute model, it screams for some mapping, though.

Hey, I’m making a robot crab/insect at the moment with 6 legs. I’ve animated a six legged walk before so I’m not expecting too much trouble. But a crab and a six legged insect walk differently…

The legs here look a little far back on the model, though I seem to remember that’s quite accurate for a real crab. Hope to see the animation, I could do with some blender tips on animating, My only experience has been with open FX.

haha GREAT! i love the Smile

Hi,
here is an update. I have made the stalks for the eyes a little thicker (thanks HJ05).
Tried to clean up my mesh also. But I am not sure wich way is better. The attached screenshots show the ‘before’ (A) and ‘after’ (B) state of the mesh. Wich is better?
I didn’t like the adjacent edges, but after removing them I get some tris and some poles…
What do you thik? 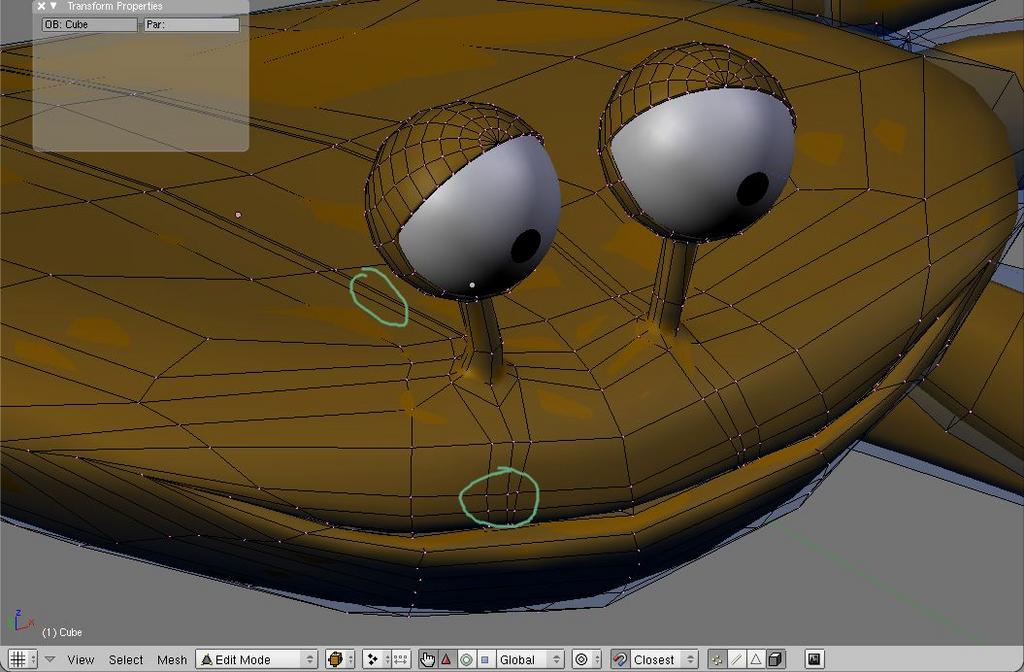 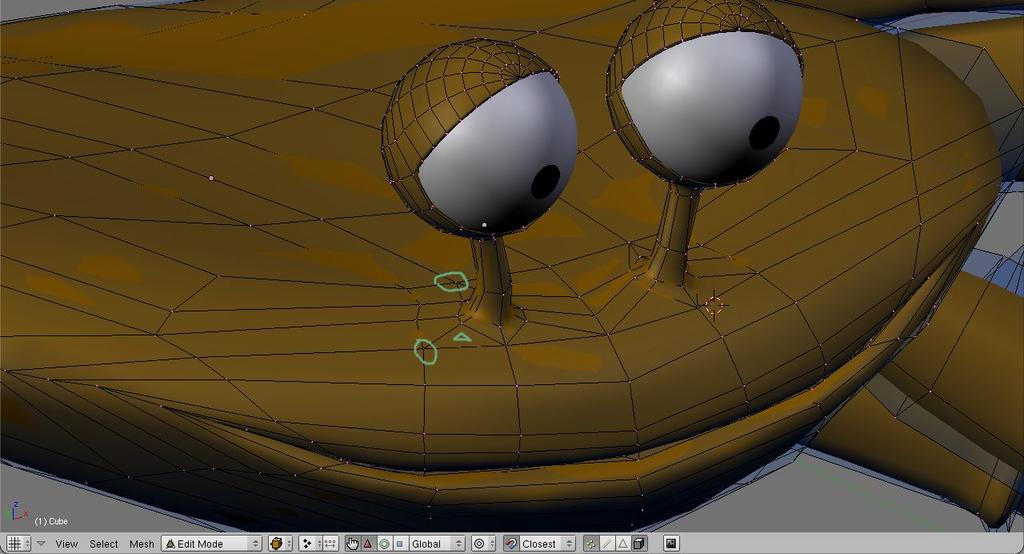 I would make eye stalks even more bigger and fatter… Also, they need to be bended a little (it would add to the expressiveness)