A Fear of Flight

What do you do when flying makes you nervous, but flying’s all you got? 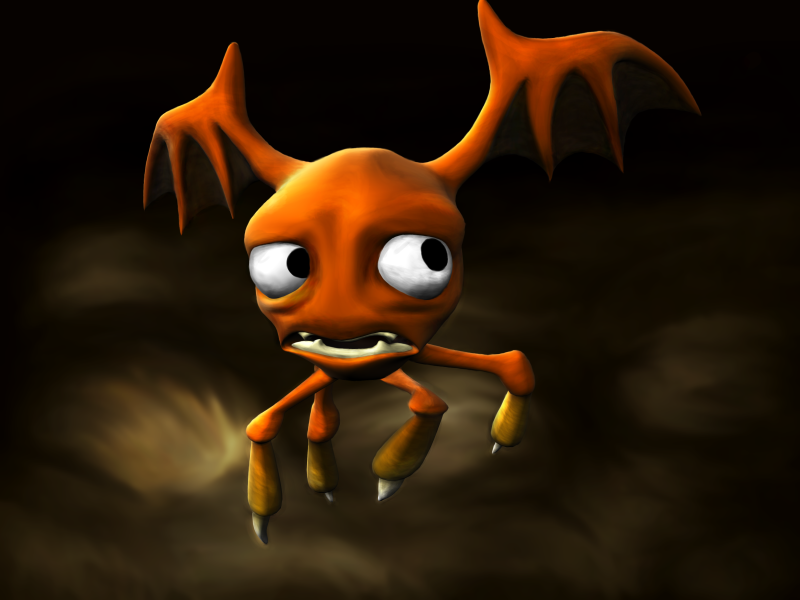 So hey. I’ve been using Blender for years now, but this is the first piece I think is worthy of being considered a finished project. Originally started out as a fanart of the character Psycho from a comic called Misadventures of Okk. Kind of morphed into its own character, guess this is more of a derivative of psycho than psycho exactly at this point.

Brian Raddatz (Misadventures of Okk author) is a cool guy. He agreed to release the .blend file under the Creative Commons Attribution Sharealike 3.0 license. This isn’t the scene, but the character + rig.

Cool – I’ve never seen this guy. I like his expression. The model looks a lot like a painting; why not add some textures and stuff? Maybe some sort of background?

This character work fine about any short/ full movie.
the render is cool, I think Mats Halldin is right on the texture and other pointing.
Dude the topic is at the center! :no:
yes the expression is nice, I like the lighting.
overall 4 stars.

Mats: I’m glad you think it looks like a painting… that means those two or so hours of postproduction weren’t a total waste.

The character is actually fully unwrapped in the .blend file. It wouldn’t be too difficult to texture the guy, but what I already had in the vertex paint seemed fine enough since I wanted to do most of the texturing in postpro. The original render did not look much like a painting, took lots of GIMP burn/dodge/smudge.

If I do an animation with him I’ll certainly actually texture him, for real.

And background? There is a background! It’s just hand drawn

As for the character not being centered, you’re probably right. I wanted some space at the bottom to make it clear through the composition his nervousness of being in the air, but I probably at least should have left a smidge of room between the top and the top of his wing. Ah well.

all technical stuff aside, good cartooning.

he is very cute.

What do you do when flying makes you nervous, but flying’s all you got?

Then you’ve got to do what you ought to.