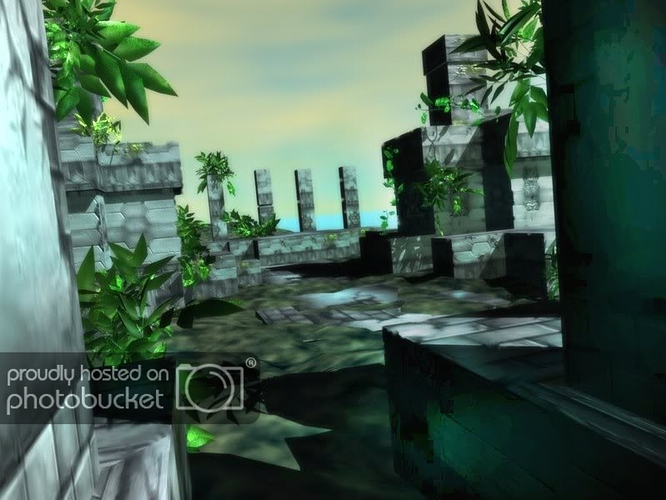 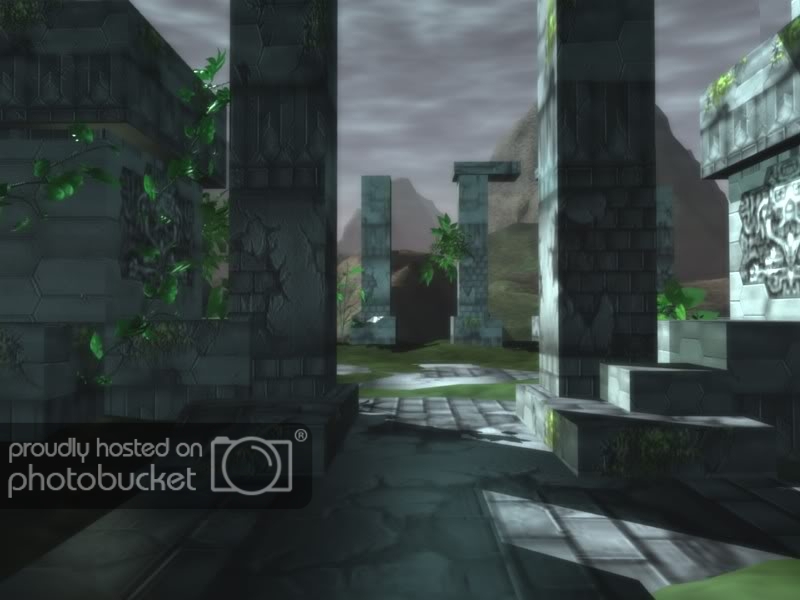 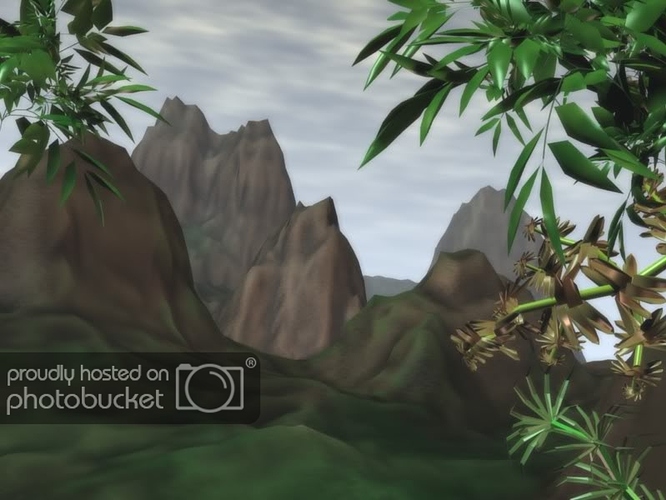 Hey, that’s pretty cool, although I would add more geometric detail or bump maps. Even so, it looks really nice. Good textures.

very nice love the sky texture and the organics are really well done one small cirt is that the stone looks a bit to clean considering the over grown look. ps is this for a game, animation or just a still? because i think it would make a great game enviroment.

looks like it’d be really cool in a game, especially if u could bake the shadows and stuff. that’d be great!

reminds me farcry …why dont you try making game from it using directX engine ?

It’s for my new webcomic… I was just going to cheat the nicks and scratches and moss in Gimp, but given that I’m using game-friendly textures, it’s not to be ruled out. Those plants are full-poly, though. they really chow down on the memory. I did a test animation, and they were flickering real bad.
This is what it’s for:

The idea is to combine Blends with art, Hollywood style, like a bad greenscreen movie:

I only need the ruins for a couple of scenes, but the Island itself will be quite useful for backgrounds and disposable wide shots.

That’s a pretty cool idea. when i first saw the shots i thought it was for the current contest over at CGChat’s low poly section (lost civilization). I keep meaning to do those…

Anyway, it looks pretty cool so far. I wanna see the shots of it in the comic.