A question about transparency

I have a scene, which has some minecraft clouds in it, if you know the game thats good but if not you can probably help just as well. Take a look at the following screenshot: 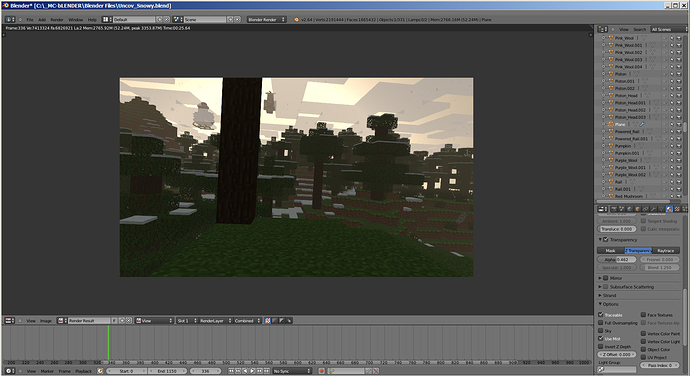 Note that some part of the clouds have darker patches where the light ray i presume is passing through two layers of the material and being doubly darkened. Understandable, but it looks annoying. Is there any way anyone can think of that would get rid of these ugly darker patches? I can live with them, but would much rather prefer to live without them. I tried Z-Transparency as well as Raytrace invisibility, and cant figure It out.

I dont’t think you will talk blender not to use summing up several alpha values on different objects, but you could turn this into some kind of effect giving more 3d notion to the clouds. http://www.pasteall.org/pic/46141