I’ve been on this project for about a few weeks now, but started the bedroom model about two days ago. I look at it now and see it as fairly unrealistic, but i just can’t pinpoint out the things i need to do exactly to make it better. Am i the only one who understands that feel or what? Anywho, need feedback from awesome critiques and will keep updating (: 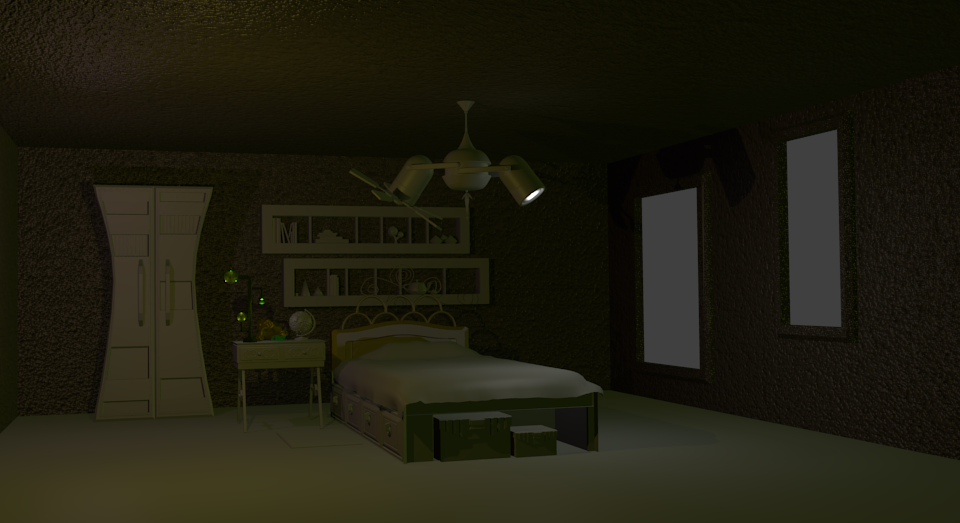 It would help if the light in your scene was pouring through the windows, or coming from the light bulbs if it’s an evening scene. Right now it seems to be coming primarily from the walls on the left side.

Looking at the walls and ceiling, it looks like you’re going for the faint stucco texture that is common in painted drywall. However, at this distance from the camera, the texture is much too fine to show up in the image (see here for comparison: http://bedroomdecoridea.com/wp-content/uploads/2014/03/blue-bedroom-paint-7.jpg). Unless of course you’re going for heavily textured drywall, but I’ve only ever seen that applied to ceilings, probably because it would gather dust very easily on a vertical plane.

The walls are also very specular, and feel more like a slimy rock surface than painted drywall. Don’t get me wrong: realistically, every material has at least a faint specular component to it (http://filmicgames.com/archives/547 and http://filmicgames.com/archives/557), but if you’re aiming for drywall, you could be better off starting with a purely diffuse material and making slight modifications later.

I won’t critique the windows, as I’m sure they are placeholders, but it does look like you forgot to put in baseboards (and not all houses have this, but you could model some simple trim along the ceiling as well).

The last thing I notice is that the shape of your cabinet is not very practical. Even if the hinges were only at the middle, the outer corners of the door would sweep inward when it opened, which would probably frustrate any teenage robot very quickly.

That’s not to say you should abandon the curvy furniture idea though! I actually found a site that sells real “cartoon furniture” that might give you some ideas: http://dustfurniture.com/ Just keep in mind that a real door will need a mostly-straight edge along which to pivot without knocking over all your stuff.

Edit: you could also just move the handles to the opposite sides of the doors (indicating they’re attached at the middle of the cabinet), but that would also seem odd for a real cabinet, as you’d have to stand to one side in order to get a clear view into your shelves.

In any case, I look forward to seeing where you go with this! :yes:

BlendRoid, thank you very much for the amazing feedback. I will try my best to consider everything you’ve suggested, because i see every one of your points. The walls really are too specular, and i will change the others (but the ceiling) to a smoother texture. The lighting will be fixed because I’ve gotten an idea i have yet to try. An update will be made as soon as i can. (: 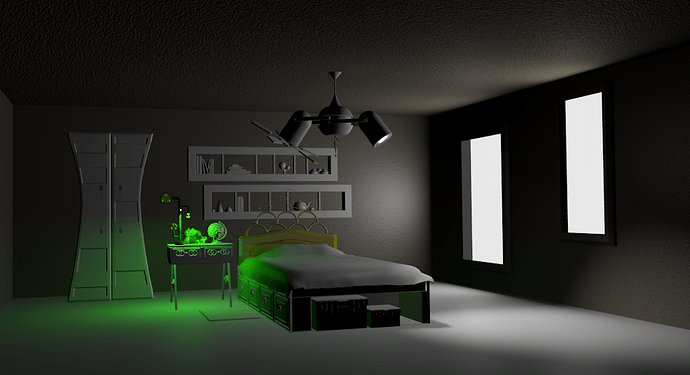 An update on the project. The ceiling have been change a tad bit, and the lighting has been changed drastically. Is it better or worse?

The lighting is definitely an improvement, and the walls look much more like paint now.

It seems you’re using Blender Internal. If you can, I’d suggest trying out Cycles, which makes it way easier to achieve realistic lighting, especially with so many visible surfaces and light sources like this. I would probably wait till you’ve completely finished modeling, though. Then you can set up some basic colors and start messing around with lighting in Cycles. The really cool thing about it is the way you can preview your final render in real time (at very low quality, of course) while you move around the camera and light sources and whatnot.

Yeah im gonna +1 the cycles rendering.
it takes longer to render and looks all pixely at low samples, but it can achieve some TRULY amazing renders very easy! 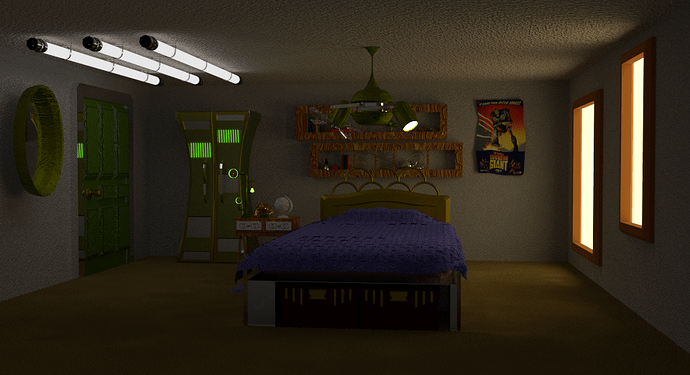 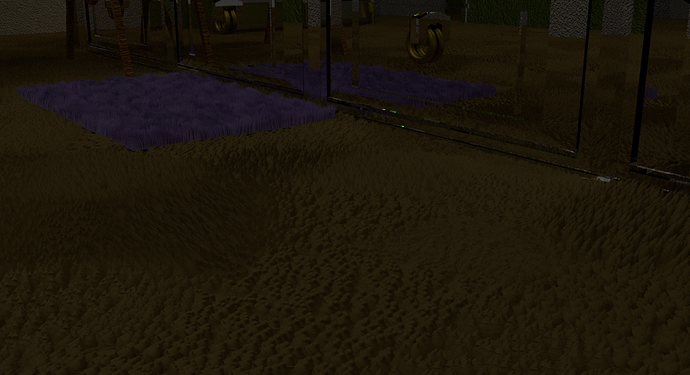 2.png960×523 573 KB
These are my latest modifications. Tried cycles for the first time ever and loved it. Never really liked it, but i can’t remember why. More pictures will be posted on the next post. 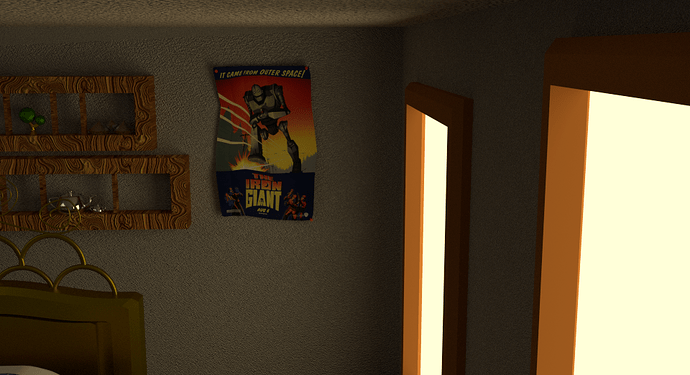 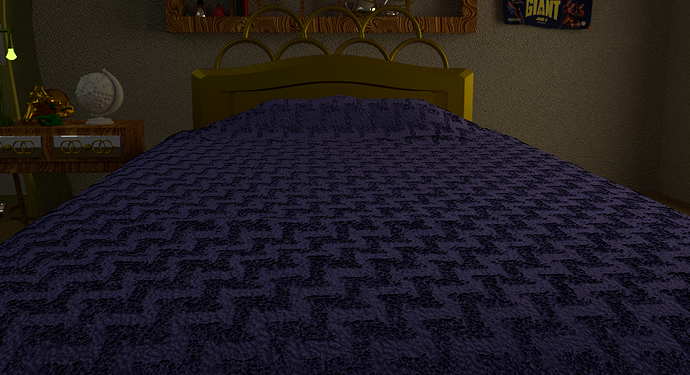 What exactly makes this a robot teens bedroom? Would a Robot need any devices when they “sleep”? A battery charger? What makes this room different? I’d have to say the modelling is great, but this is my only question. Keep it up!

Hi DavidChipman,
This is a teen robot’s bedroom because it is for a short movie i’m trying to make. The main character is a teen character. So, his room held a special place in my heart, and i decided to put some good time into it. That is why it is a teen’s room. The motion is not to make this room look different, but the opposite. I’m trying to make it look as usual as possible, to give off a kind of ironic tone that “this is a character who’s different from everyone else, but his lifestyle and environment is just the same.” Thank you very much for the feedback (: And I’m glad you’re enjoying Cycles. When I first used it, it absolutely blew my mind!

@Thetax, thanks for your answer. That’s an interesting way to look at things.