Hello!
I wanted to make something scary and sexy.
Think about the Silent Hill series.
I am surprised how smooth this went for me considering this is my first modell of a human body.
I made the model slapped on a dirty armateur and some peices of clothing.
I know I was lazy leaving the head and hands out.
My last work was a face so I don’t have the patience to do that again.
But I am thinking of making a new complete model later.

Feedback is most welcome. 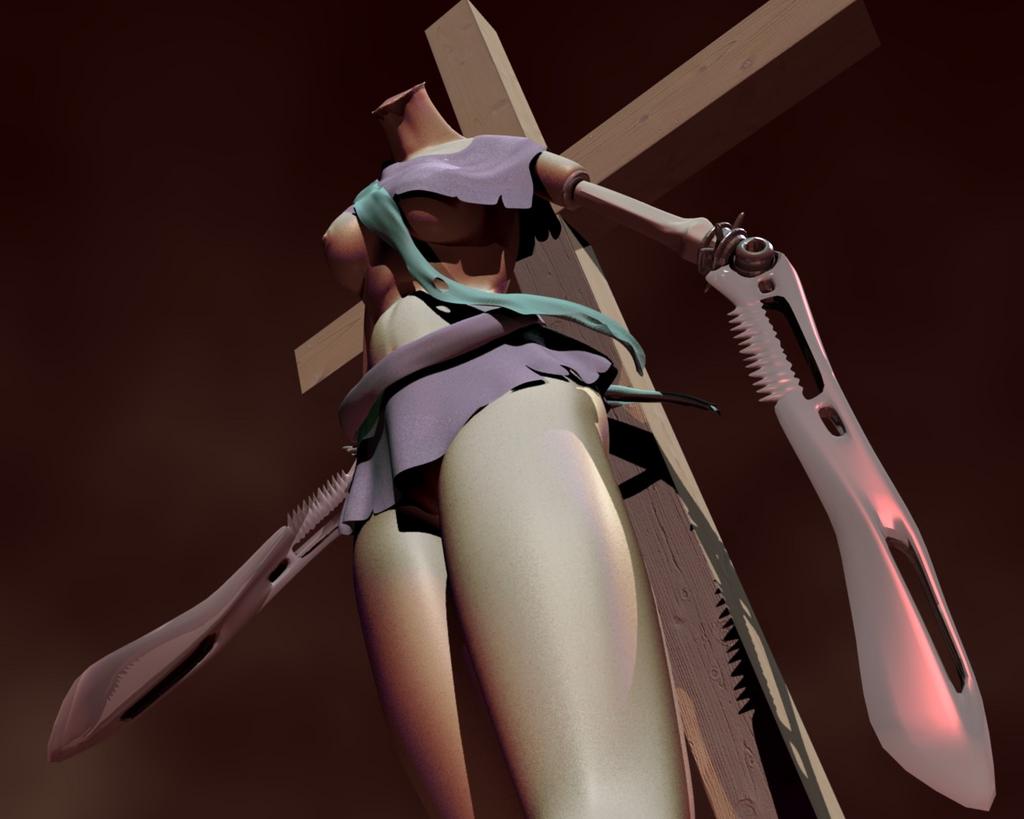 I made some changes to it. An easy uv unwrap of the clothes, some sss for the skin and other minor twekings. 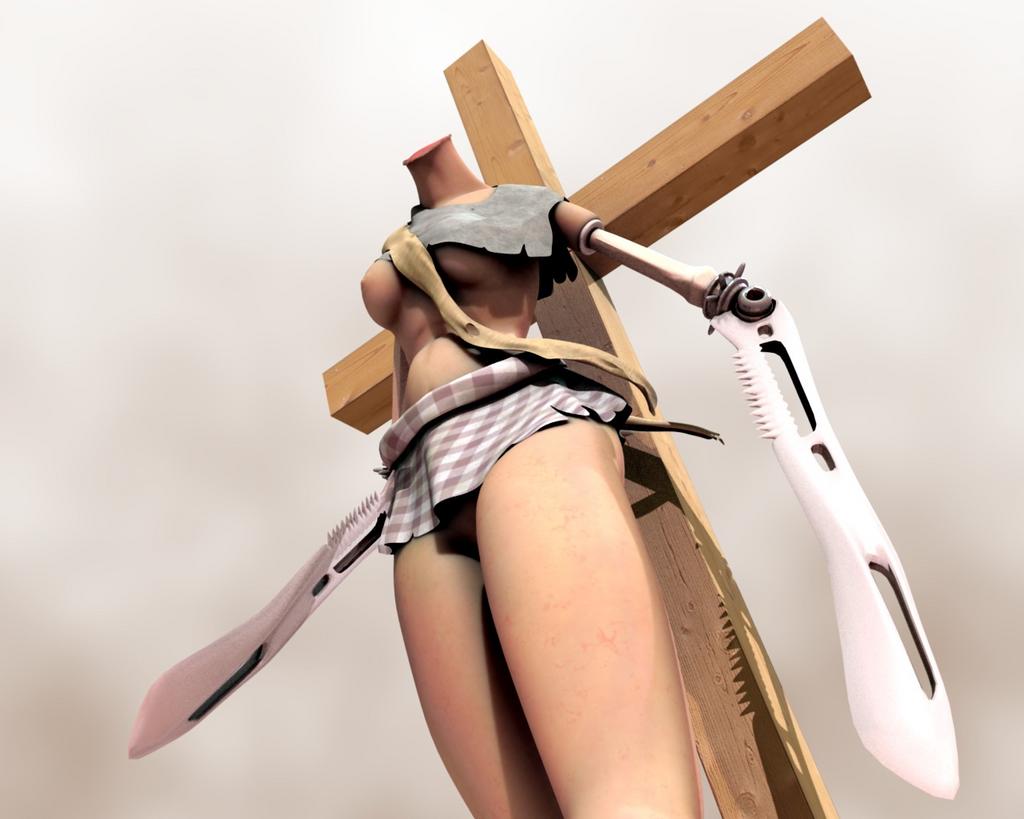 You have managed to ape the three basic categories of gore, sexual tension, and controversially religious imagery that define Silent Hill, unfortunately you’ve sort of missed the entire point, which was that every Monster in Silent hill had a point. They weren’t just tits and knives stapled together and covered in blood, they were organic, shifting representation’s of the SUB-CONSCIOUS. And–oddly enough–there was rarely(if any) actual frontal nudity or direct affrontery, everything was just hinted and whispered about, circumspect.

Your model is much closer to grindhouse titillation than it is to actual psychological horror; you might want to rethink why you made it the way you did and what you hoped to achieve by it.

In re: The execution of it:

It’s way too clean for something that’s supposed to be a grisly monster. There’s no blood, no dirt, no rust. It doesn’t look like one whole thing, either. It looks like the corpse, the rope, the cross, etc. are all just sort of positioned NEAR each other in 3d space. There’s no obvious degeneration anywhere, the monster seems totally clear-cut and upright. It’s not really scary at all.

So what you could try and do is try and arch the body a little more, twist it, buckle it a bit. Work some agony into the pose, and crush all the contact points on the mesh closer together, so it looks like the rope is really digging in, and the body is really pressed against the wood. Then stain all the textures, add rips and smudges, and blood around the amputations, and put rot and dirt in all the crevices, so it looks like the thing’s been stuck together for ages.

That’s what you COULD do, but personally I’d work on your design first, before trying to model any more of it.

ZombieJohn, first let me thank you for your critique. Awesome.
You are right, I did’t really have any deep thougt when I started, I mostly thougt about something freaky, scary and sexy.
I am going to ad more agony to her, more twisting and dirt, blood.
maybe allot of cuts because she has swordhands.
The swords needs to be older.

The rope thing you wrote is not actually a rope but a piece of clothe that is moving in the wind. It is the camera angel that is unfortunate.

I be back with a new version as soon as I get it done.