Bonsais needed rocks, rocks needed roots, needed water, needed a bridge. Then it all became a zen garden, for a jewel. Then I wrote jewellery in japanese on the sign post. So the render had to be 8K, so the sign could be read.
It is the first time I publish an isometric view. The final scene is 1.8 GB

EDIT: I now also made a version without the ring, it finally melted down in the sand, and disappeared 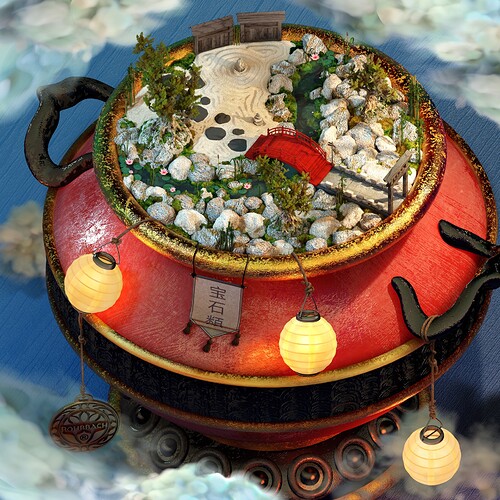 ORIGINAL (as a white gold ring in it, because it all started with this as a jewellery scene) Small version, compressed 4K 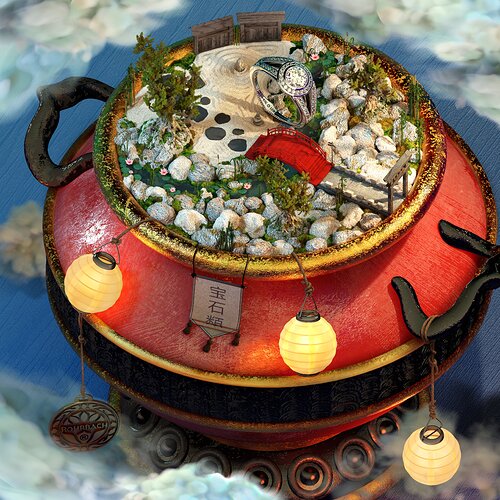 Take a look at the 8K even if you can’t read japanese…
The final scene is only 15 millions faces, it had 40 millions before “optimizing”
Final art, 8K 7680x7680 - the image weights slightly less than 100MB
http://www.centrodearteydiseno.com/images/JAPANESE-BRIDGE-POSTER-8K.png

Everything in this scene, everything, I modeled using Blender 2.93. The only thing I did outside of Blender, is compositing the very many layers.
Textures are all fotos from my personal library.

The main initial render took 5 hours to render, then I made several renders of foreground and backgrounds object to adapt and correct very specific details here and there.

I made several versions of every cloud, then adjusted them into place. The final render as very few touch-ups using my Wacom. 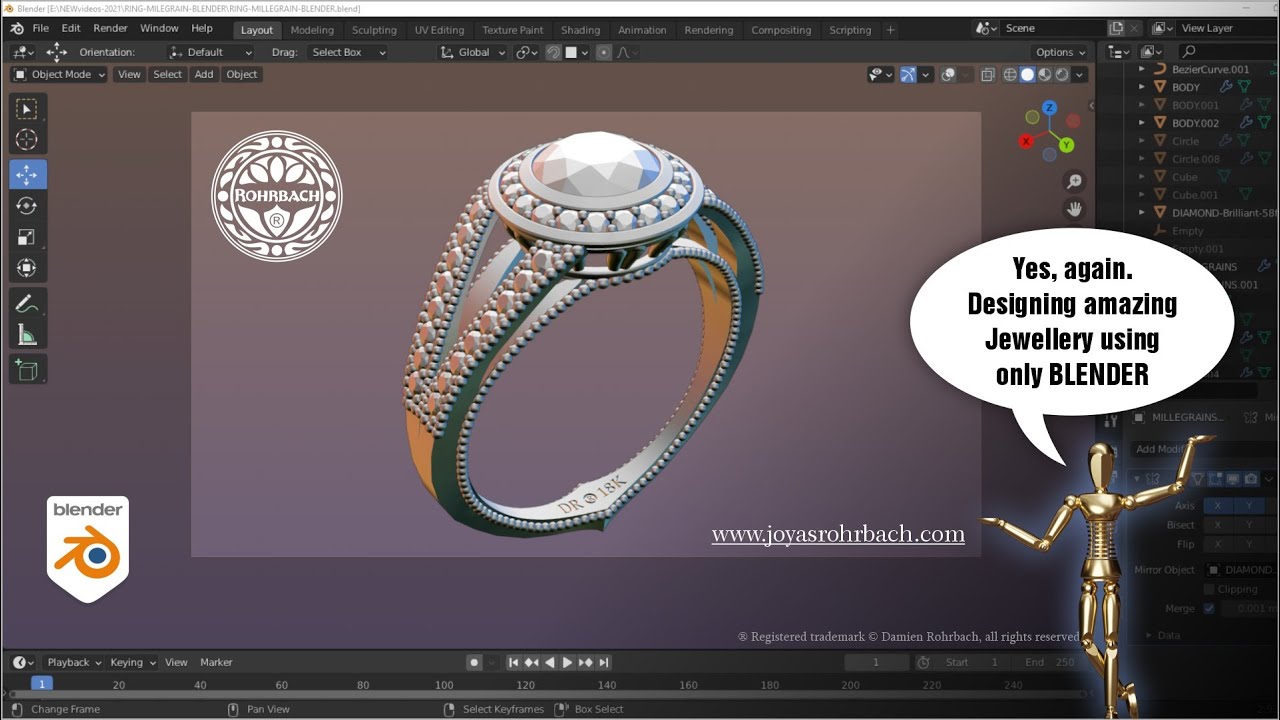 I might publish some parts of the making, as I recorder some of the early stages. 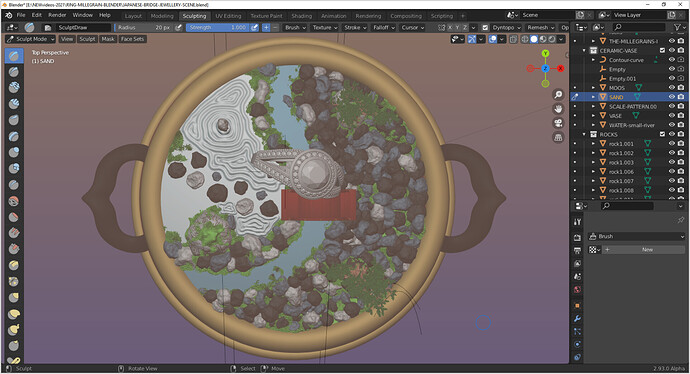 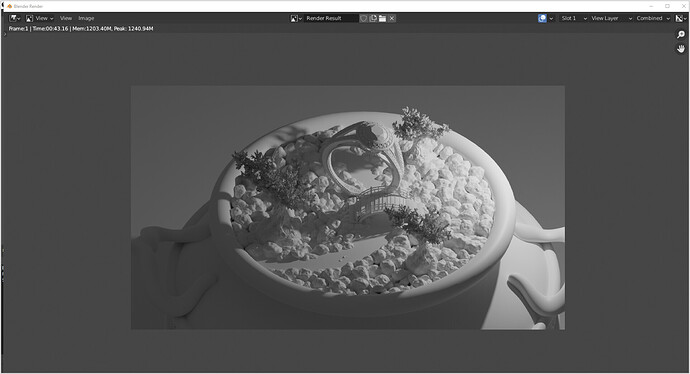 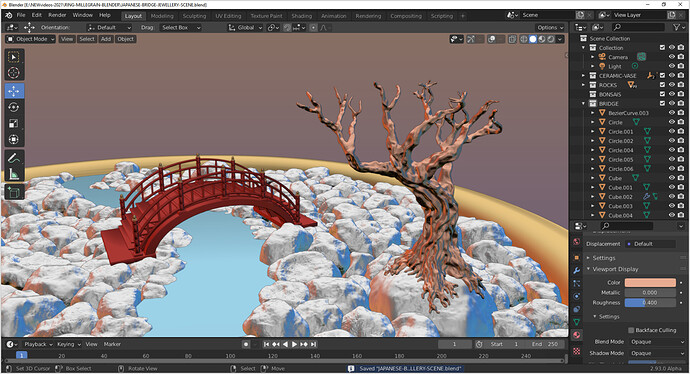 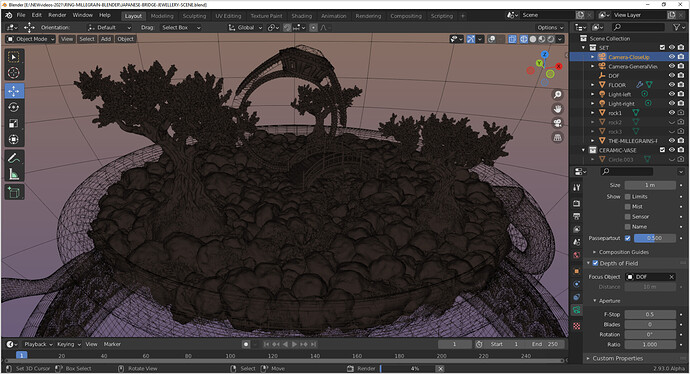 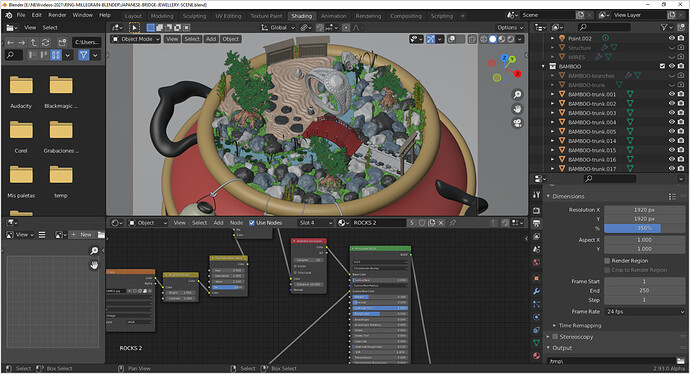 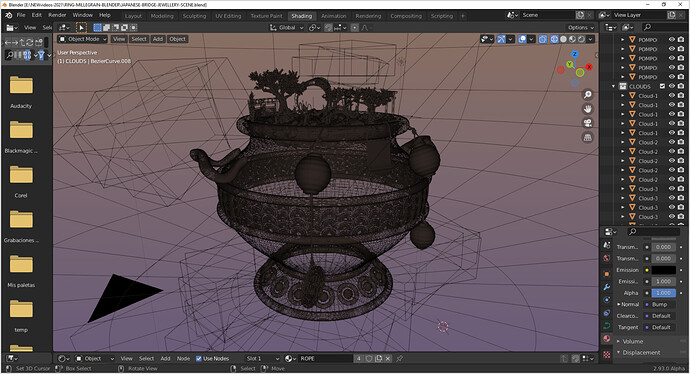 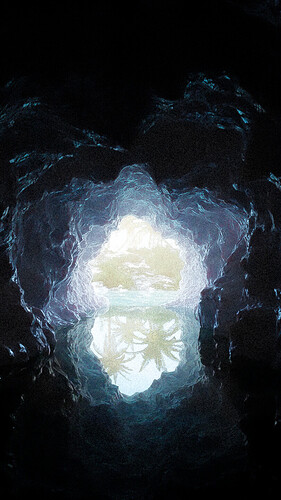 Thank you Bart, that’s great! Have a fun weekend

Detailed amazing scene. Surprised not to see any comments.

I don’t get the ring though. Would rather see it as a separate project. I don’t see it integrating into the scene.

Thanks for your comment! about the ring… There surely could be a short answer, but I will take the occasion for a bit more of history. I discovered BLENDER years ago, because I used to be a jewellery teacher and institution (yes, I created a jewellery design school in 2006 in Mexico City, so sometimes I simple say ‘I was an insitution’ LMFAO) using a profesional software called 3DESIGN for many generation of students… But I ran into a problem, 3DESIGN was to expensive for almost all of my students and I started loosing students for bad reasons. Looking for a better solutions for my school, BLENDER was the perfect answer. I loved it right away, and started teaching BLENDER for jewellery design and 3D printing in 2015…

So naturally, most of what I do, is still jewellery related (at the end of 2020, I simply retired from teaching, after 17 years of teaching, my artisitc life started calling me again). I first designed the ring, then created the surroundings. What you are witnessing, and your comments shows and expresses that amazingly (you made me laugh out loud, for good reasons), is me going back to a more creative life.

You easily can consider the ring a vestige of my past. The ring stands there as a sculpture. But it is also a type of humor and part of the concept of the entire scene, based on the contrast between the zen spiritual garden opposed to the supposed materialistic and vain side of jewellery (obviously that creates a second layer of meaning, because for me jewellery is spiritual in nature, despite the general views of society that relies many times only on the monetary value of jewellery) - (that opposition also appears in the scene from the Ying Yang shaped that the river makes separating the entrance and the sand garden). I did place 2 small hints, but they are in japanese, so obviously very hard to get, the front obvious decorative flag says “jewellery” and the small wooden sign on the right of the bridge also says another variant of “jewellery”, guiding visitors to the zen garden where the ring stands. And exactly as you cleverly did, all that so that people observing all this scene would at least say “What is going on here?” - and this is part of the process I am going through, hidding meaning again in my creations, to get back my prior status as an artist, in the best way possible, unsuspected. So, thanks again for your comment!

This wooden sign is the reason I made the 8K render, so that the word could be read. 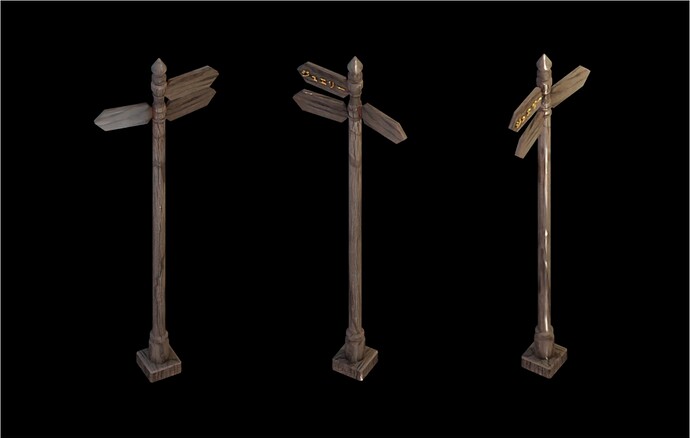 This one also means jewellery, but from what I have read, is also means “treasure” 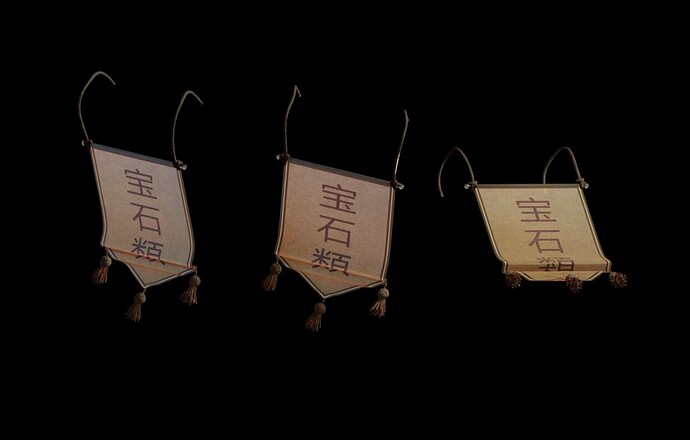 haha, I didn’t expect such a reply
I will have to read it later
for the meanwhile, I suspected something about the importance of the ring and how well it was made
so I was afraid to bring it up in the case of bringing offense

But you feared not, and your comment came out spot on!

I have minimally edited your title to provide you benefit. Let me know if you want it back. No problem.

What if the ring WAS the bridge? They are similar enough in shape, after all. Could be symbolic of your journey through life :).

Oh wow yes! Thank you, this is a great idea.

amazing, thanks a lot Bart

Deliciously detailed. It’s incredible what some [physical …] artists/arborists can do with bonsai.

Overall fantastic work.First is saw the thumbnail i thought it was something cooking.

I think from design perspective this ring around the boulders looking too busy,though.

I now also made a version without the ring, it finally melted down in the sand, and disappeared