A Sound of Thunder (Name subject to change)

The general idea of this game has changed, instead of following the book, It has changed into a simple hunting game.

At the moment I am working on implementing the ability to play as male or female hunter, it won’t make any difference in the game aside from the characters model and sounds. If anyone knows of a good way to do this that would be great.

Tyrannosaurus http://fc05.deviantart.com/fs49/f/2009/203 /c/8/Tyrannosaurus_Fixed_skin_by_GBbofh.png The Tyrannosaurus Rex, it was believed that dinosaurs would not appear if something went wrong, however, due to the animals size, and strength, very few adaptations were needed over time. It’s wandering it’s way through the ruins of Chicago. Watch for signs of it, it is known to stalk prey relentlessly, and you do not want to be on the menu.

Human - The hunter, male or female,

Soon I will be posting sketches, on my deviantart account along with more information about each specific creature, possibly including what caused each one to evolve the way it did. You can reach my account here at GBBOFH.Deviantart.com

Any ideas are welcome

At the moment I have the basics of the character done, (gun, it shoots, you can move around)

as well as a test level which contains physicalized objects which I am having an issue with. (when the player nears them they drop the frame rate even though they are about 100 verts each) http://fc04.deviantart.com/fs46/f/2009/202/f/a/ingame_so_far_by_GBbofh.png

I will be making the animals LESS detailed to support more of them on the screen in the game engine, I am also debating using Pygame, if I can find some decent tutorials on how to do so with my game.

I like the last image the best! It’s really nice! The only crit I have so far is that the dinosaur skin is way to shiny, turn it down a lot, probably all the way, because I have heard of shiny dinosaurs lol… good work! Great start, keep on going!

Nice Idea
and I dig the T-rex (very shiny ahaha)
I can’t help but I wish you luck.
The Layout of the game sounds great,
can’t wait to see it in action
=]

Found out how to change the shininess of the rex’s skin by changing the specularity in the materials/shaders options.

also, are the dilating eyes too much detail?

dude dialating eyes is awesomee!!
no such thing as too much detail haha

wow, that is so awesome. your are really good.

Here it be. It likes medium rare pork, with fresh goat.lol.

Very nice t-rex, How did you get the normal map to bake correctly? When I bake them there are a bunch of odd triangle looking things that stick out, and generally I have to modify it in an image editing program to get it to work and look right.

Okay, I am trying to write my first script for random AI (very simple script, I got it from ADEdge on Youtube and he used it in his game GRUBS)

I am following Socials tutorial on Blendenzo.com,

and I need a bit of help.

So far the first script that he gave me says

and I am trying to write a code that tells the property rand when it cycles through the numbers 1-3 what to do, IE (1 forward, 2 left, 3 right) which causes him to turn. I do believe it will be something very similar to socials tutorial in the end but how do I make it do this on a property instead of when keys are pressed?

First sketch art of the Mutant-humans. Drawn with my graphics tablet in photoshop.

Muts, Mutes, or Mutants, are an amphibious humanoid species that has begun to live inside of the sewers, subways and derelict buildings. They faded into existance 24 hours after the original time-jump, but they appeared intermittently before-hand, as the human population started to do the same thing, mainly because it is believed that the Muts are the alternate path of the human species, thus earning that name as a cross between amphibians and mammals. 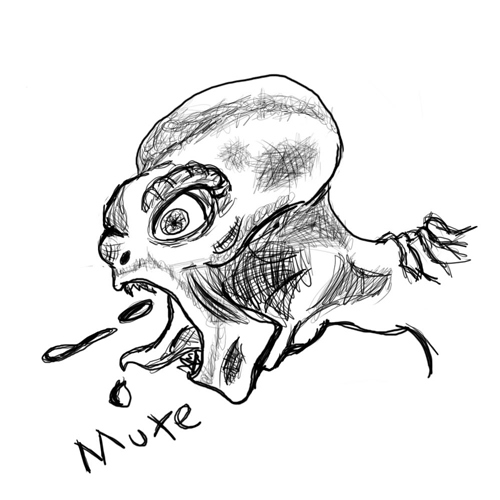 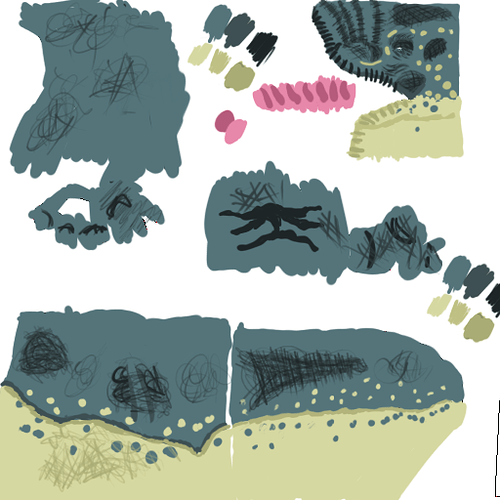 (Check my sig for a link)

If so, could myou please PM me

Cool! I’ll help model and logic brick and texture for you!

This is really far away from the original, wow.

Yes, lol, I was just thinking that myself

If you’re on BlenderArtists, then you must know something…

Best way to learn is to teach yourself =P

This is really far away from the original, wow.

Is that a good thing or a bad thing?

Not bad, just typical. If you want an interesting video game, then sometime try following a book/movie exactly.

I see, generally this is just a game for me to waste my time on while practicing my modeling and animations, usually my games are less movie or story based, but it’s an excuse for me to practice and show off to my friends/fam that what I want to do for a job won’t be a total waste of time.

Yeah I know, I’ve done the research and seen how much the people who do CG and game animating/modeling/texturing can get paid, depending on the quality of their job. Granted I am not doing too well yet, but I have just actually started actually trying recently.