A Street Near Me

I pass this old brewery near my house every day. It’s long been abandoned but they won’t demolish it because it’s apparently a land mark of the town which I think is pretty cool because it has this really tall brick chimney! It gives the town a bit of character. I also wonder what it would be like to witness it being demolished even though it wont. Watching the brick chimney fall would be a spectacular sight! So, I took to blender to create the street. My plan is to create an animation, maybe have a tank or something roll in and shoot it and have it fall. Just to make it more spectacular. Plus, who doesn’t like tanks? This is my progress so far. It’s not an exact replica, I’ve changed the layout of some buildings and stuff. I’d say I’ve done a fair bit of the modeling and still have a lot of texturing to do. This has been a brilliant challenge to try create the most realistic scene I can. I’m fairly new to blender, self taught with a lot of help from youtube videos! Haha. Any tips or feedback is welcome! 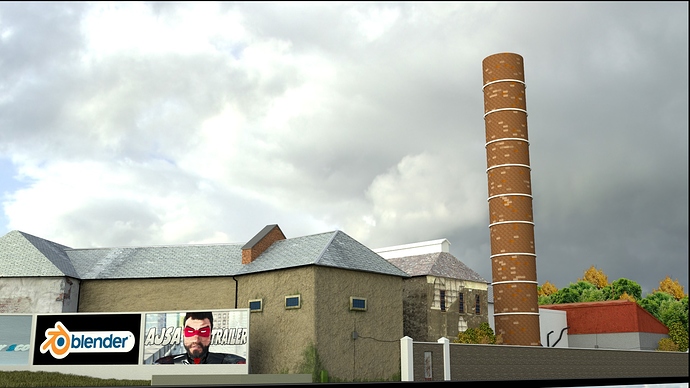