A to B transformation

The same effect I want to get in Blender.
I’ve modeled 2 slightly different leaves and want to make transformations between them -for example 20 leaves between 1 and 2.

Here is example what I want to achieve: 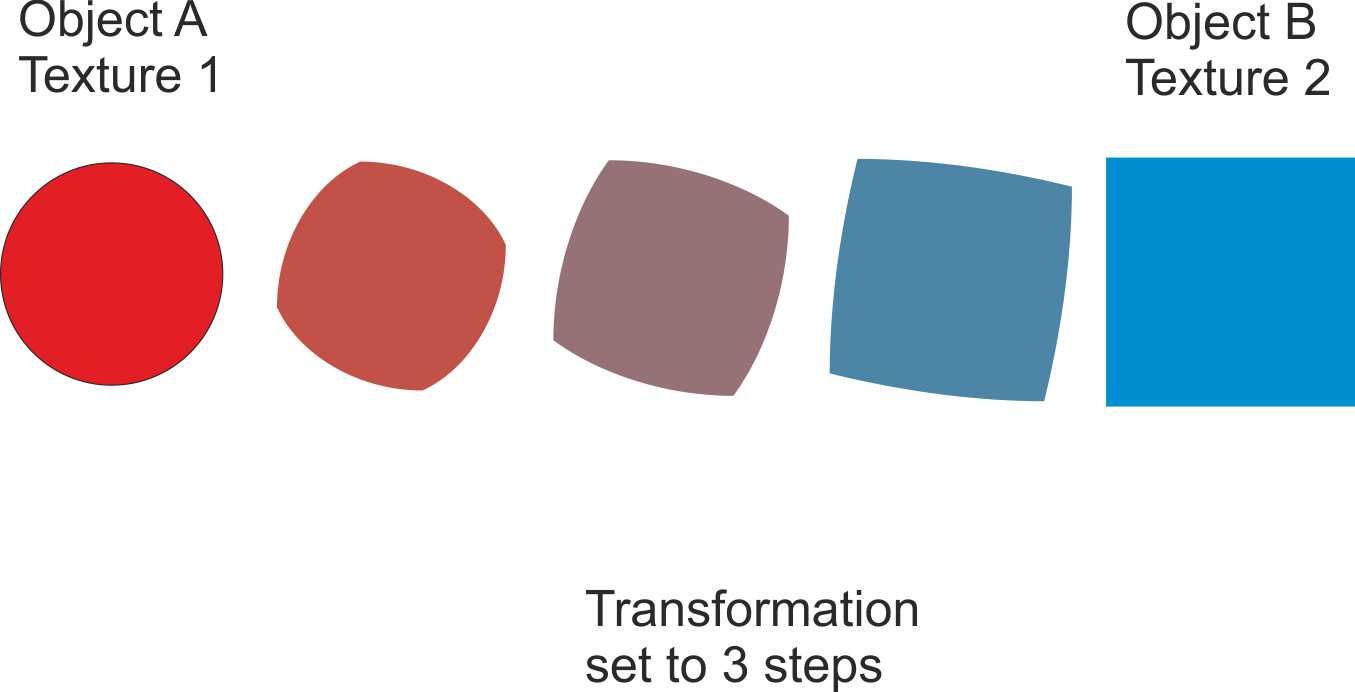 changing sphere to cube is wery siple with this way

that sounds pretty difficult. The color part is easy enough, though I’m not up to speed on particles weight painting at the moment, but that bit about changing from one leaf to the next (gradually?) that sounds like it is going to require shape keys. Like you take your start leaf and in edit mode add a shape key that makes it as close to the shape of the secondary leaf as possible and then find a way to link that to the weight paint you have on the tree. I’ve never heard of anything quite like that being done. But in blender just about everything can be linked to everything else, so I’m sure it can be done.

Sorry I couldn’t help with a clear answer. But I posted anyway to at least give a place to look for a solution and my comment will bump you so… Good luck with this.

You didn’t pack the textures in.
File -> external data -> pack into .blend, or
UV/image editor, image menu -> pack image for each image that you view and want to pack.

If you save new file with file -> save as, there is also a compress option in that dialog, should you need it.

Here’s one example, perhaps it gives ideas to solve your problem. Not a solution on its own. 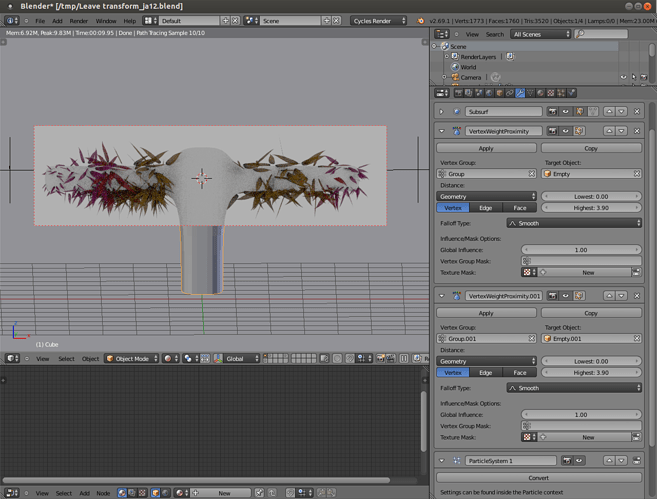 First I made an alpha texture of your leaves and saved as .png (which supports alpha transparency).
Then I prepared a simple test object and gave it vertex groups, which particle systems use for particle density and length.
Next I added vertex weight proximity modifiers and use two empty objects to control the length and density by modifying the vertex groups. I would’ve used one particle system and one vertex group but I couldn’t put two vertex weight modifiers with different target objects to influence one group. I might have overlooked something.

I used only one leaf texture and modify its color with material, based on the position: 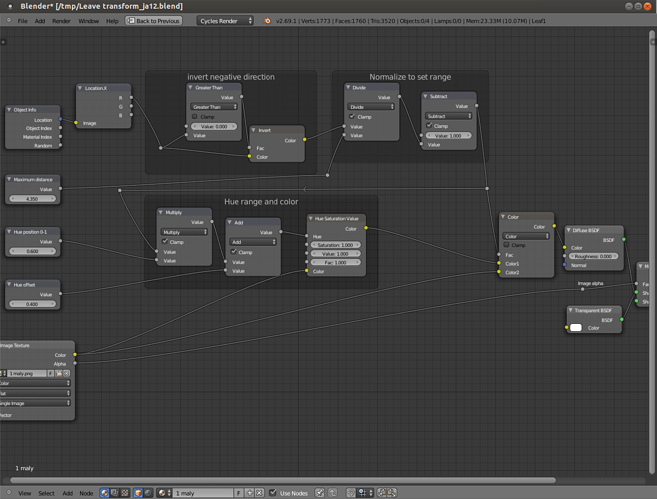 From top row, left:
I used object info node to get the location and separate X direction from using separate RGB node.
Leaves are -X and +X directions and both sides have to be set to output positive values (“invert negative direction”). Those are then set inside given range and normalized to give values for hue, which is in range 0-1. I didn’t want to use whole hue range but just a small portion of it, so that is what “hue range and color” nodes are for.
That color is then mixed with the original image texture color to give finer control over how the color changes. Can mute this node if only modified colors are wanted, or disconnect factor for setting the mix manually.
Transparent parts of the image are then set as transparent for the material (leaf texture is on a single plane).

Edit: did a quick adjustment to those settings and made a test render

I thought it would be a nice job to do what I meant at the bare beginning -transforming shape ant texture, but it’s hard and takes a lot of time to get proper result.
So now I did something different.

I took a leaf and use array system with empty and make copies of a leaf with size change. I added two textures to the leafs and now I want to make a gradient between 1st leaf and last one using those two textures.

I stuck now because I don’t know how to make a delicate transition between the textures. Effect right now looks like one tex is cut with knife and second tex beguns just like that.
Have no ideas for now. Maybe little help (once more) ??
http://www.pasteall.org/blend/24800