A tribute to Leonard Nimoy

On July 15, 2014 I decided to resume my old hobby of 3D modeling. I had pursued 3D many years before but I had fallen out of practice. I have long been intrigued by the Blender 3D software suite so I embarked on my first project.

Learning Blender has been an unspeakably challenging project. It’s power is evident but the interface is both subtle and complex.

It is obvious by my choice of subject that Star Trek is something meaningful to me. Some of my earliest memories are of watching the original series as reruns. The vision of a distant future filled with exotic creatures, alien worlds and technological wonders have fueled the imaginations of millions since the first series aired.

It’s impossible to count the number of lives who’s courses were steered by the many incarnations of Star Trek. Countless doctors, engineers, and scientists credit the adventures of the Enterprise crew for inspiring them to pursue their life’s vocation.

Working evenings, weekends, and holidays, I’ve spent hundreds of hours on this project. As the model started taking shape, I began wondering how best to unveil the production. 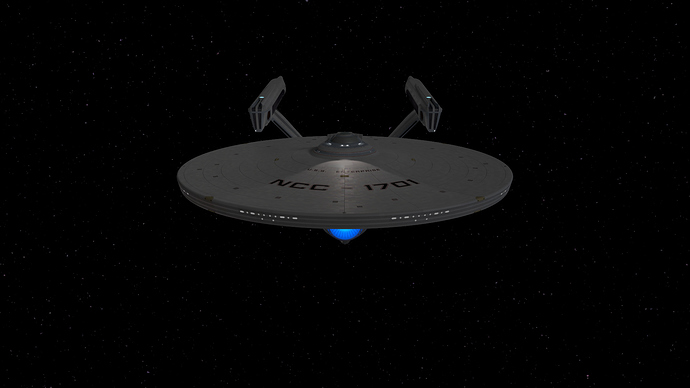 Good job! You should very proud of all your hard work!