Today I’d like to present you a scene I’ve been working on during the past weeks. Despite creating colourful, vivid artworks, I’ve always loved horror/spooky scenes so I decided to give it a try, which is quite the opposite of what I’m used to do ! 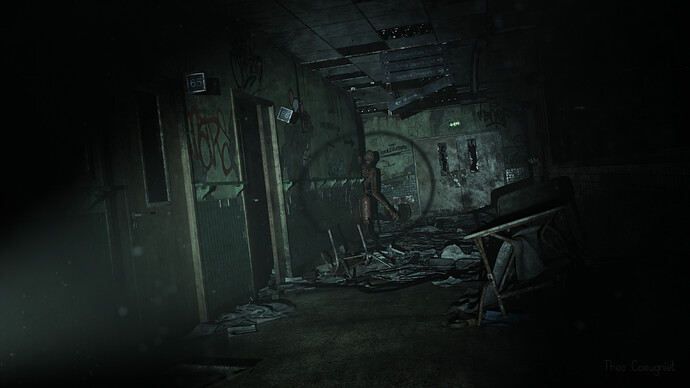 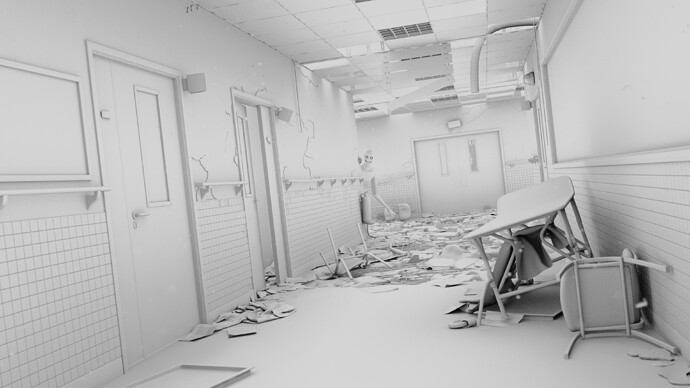 AbandonnedHospital_Raw_15_AO3840×2160 1.14 MB
Ambient Occlusion pass with some tweaks, useful to have a better view of the scene

I wanted to depict an abandonned hospital, urbex-type of environment with lots of demolished things, with nothing but a flashlight to light the scene, as a way to say “if this light goes out, it’s pitch-black”. It was an interesting challenge to work with a only-one light source, because I had to find some way to add more depth to the scene, as the flashlight was close to the camera and suppressed a lot of the shadows.

I’ve drawn my inspirations from many great artists online, by the SCP foundation creepypasta, and by a lot of indie horror videogames I played in the past years. 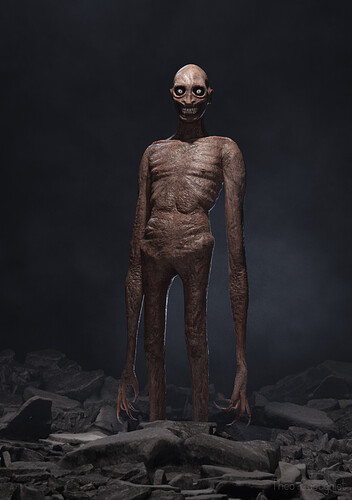 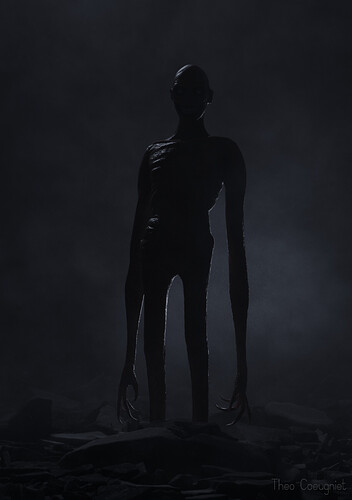 Everything has been modeled in Blender 2.83, except the debris which are photoscanned with the help of Meshroom. Texturing in Substance Painter, a little bit of sculpting work in ZBrush, and composited in Photoshop.

The scene has been rendered in Cycles, 256 samples with denoising.

In the meantime, I wish you a great day

Haha i knew it

Hello xeonow, may I ask you what did you know ?

This pic. I saw it on artstation

Oh ! Right ! This was indeed my artwork you’ve seen on Artstation. I’m quite surprised though, that you saw it, because of the fact I’m not a Plus/Pro Artstation user, and it seems regular accounts are less shown than the others. Glad to see it can still be seen, anyway !