Let me first just say to please don’t mind me asking this type of question on this section, since I am quite a new guy. I was hoping more experienced artists will see this so…

Now this is not something im going to get hyped about for a few days then leave it out. I am asking this because I actually really am interested in this kind of stuff.

I have this example of animation (which was In this case, implemented in a music video in the link provided) starting at 6 sec, and I was wondering, if someone can tell me what kind of things I need to learn in order to make this kind of animation. For example, I sure do know that basic stuff on how to create those meshes (triangles) that you see fly…but that’s it. I don’t know how to, as you can see in the link, merge and shatter the objects, make the circle around, make them a lot( I assume they used some kind of tool for multiplying them and so on…) I mean, what subjects in blender do I need to learn before I can understand and implement those to this concept of animation.

And yes, if this turns of not to be the right place to ask, can you atleast please tell me where. Very grateful for anything!

This type of stuff is called “Motion Graphics” or sometimes “Motion Design”.

To make such stuff in Blender you will probably want to use Animation Nodes which is an Addon: 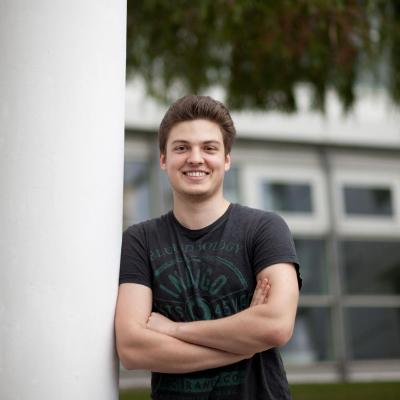 You should probably also learn how to use particle systems.
And drivers.

It is really useful (but usually not necessary) to know some programing. On the one hand to write your own python scripts for autmating specific tasks but also because Animation Nodes basically IS a visual, node based programming language. It looks less daunting than pure code but the logic behind it is pretty much the same.
Furthermore, if a function you need is missing in Animation Nodes you can easily program your own expressions even your own nodes.

But first things first: I´d start with learning Animation Nodes by simply going through a bunch of tutorials. There are a bunch of them listed in the Manual. IIRC i started with the ones by Zach Hixson:

no courses in my country for that

Thanks for the helpful info. Will get to it

By the way, if anyone would have it’s own opinion, please leave a comment, I am inquisitive to hear more opinions as with such I could get a clearer picture about my learning. Thanks again to @Lumpengnom for giving his.!

Make sure you focus on learning how to work with blender’s particle system.

Here is a simple “follow along” style tutorial to get you started:

There is also a great, tutorial on the Blender Cloud for that. You can become a member for 10€/month.

Will this help with learning Animation-Nodes

Will this help with learning Animation-Nodes

Well, not directly. The tutorial on the Blender Cloud uses Blender default tools. However, besides showing how to animate in certain ways the guy in the tutorial also demonstates things like camera work, materials and things like that which are useful for Motion Graphics.