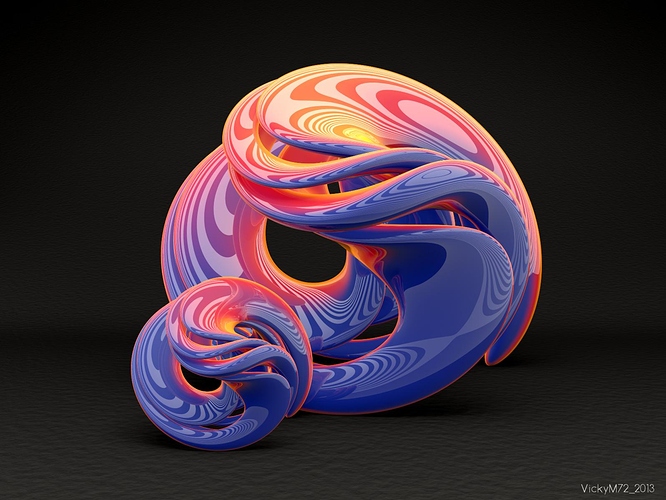 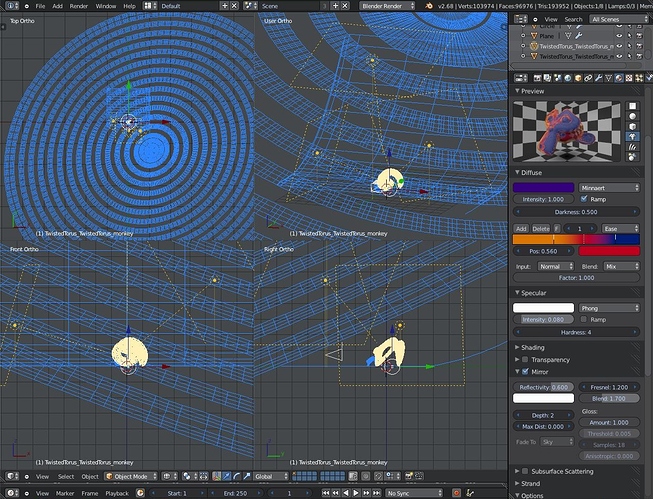 ah, that is the trick

pretty cool but the texture on the ground plane sorta lets it down. I would say just get rid of it, or put more work into making it realistic/believable/not noticeable. Otherwise, really good.

I do agree that the floor is kind-of boring (just a clouds texture with a very low depth), it just seems like it’s not as ‘fun’ and ‘eye catching’ as the thing on top of it.

The shape itself though looks appropriately whimsical and well-shaded, the reflected mesh above the camera is a nice touch too. The shape itself to me also seems to resemble a skull of some sort when you look at it in the tiny thumbnail preview.

@Kemmler and Ace Dragon: Thanks guys! Yeah the floor isn’t the most interesting thing ever, but I wasn’t really focusing on it. I wouldn’t go so far as to say it looks bad, it’s just kind of “there” lol. I will make more interesting floors in the future