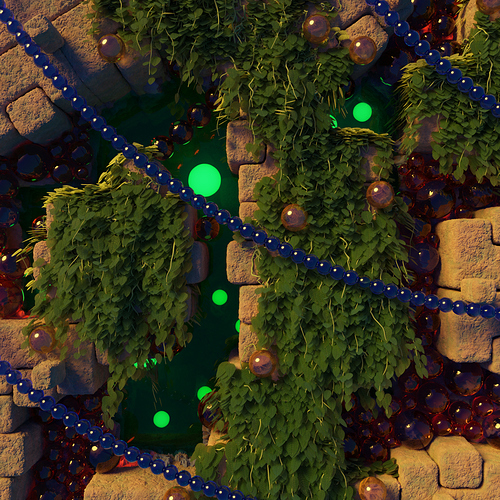 After many hundreds of pictures, I figured it might be time to go back and refresh old ideas with the latest tech. Blender has to offer. This is somewhat based on Bubblestones, a much older picture of mine done in Blender’s Internal render engine (but with far more detail, far more realism, and more types of bubble).

Here’s the original in comparison 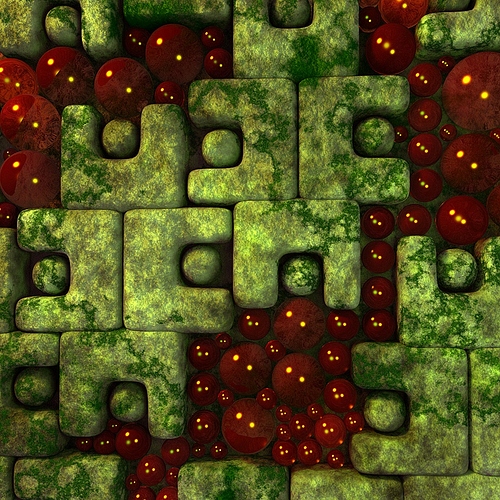 Did some upgrading to Water Maze; Marble Edition 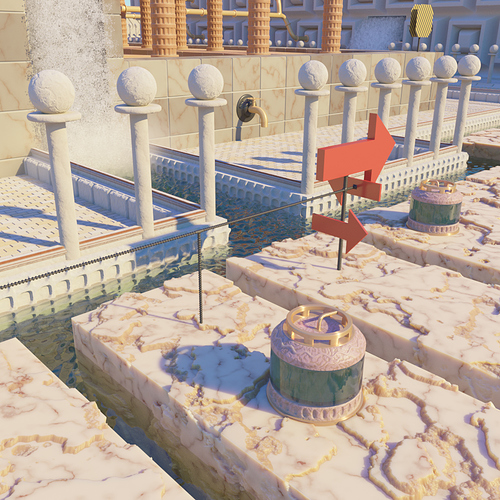 There’s a far better sense of daylight, the waterfalls show off better, a couple of extra details and changes were brought in as well.

Well, I am finally doing it. As of now, I’ve been making an effort to switch from a workflow that relies on a somewhat fudged filmic tonemapping to full filmic tonemapping (ie. ditching the curves and my own attempt at using a node group to turn bad albedo values into good ones.

These are the first results using Water Maze; Marble Edition and Out of Ideas. 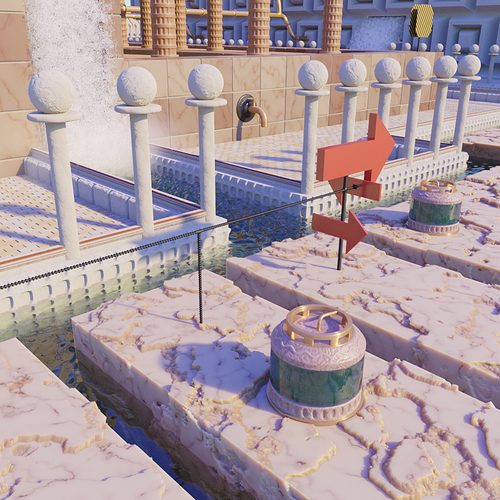 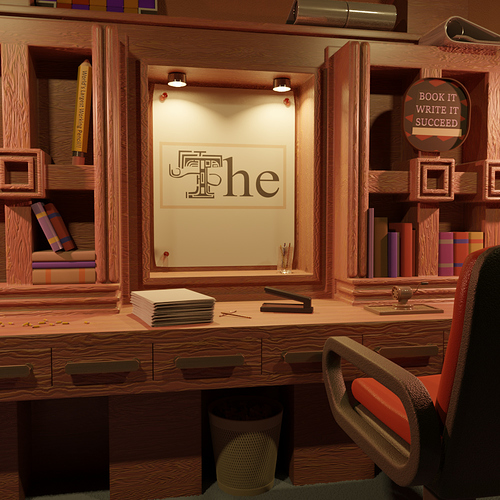 It took a bit of adjustment of materials and lighting, but overall, there are many things that make if preferable.

Bubblestones; Tropical got the full filmic treatment too and even got some fixes to the vines. 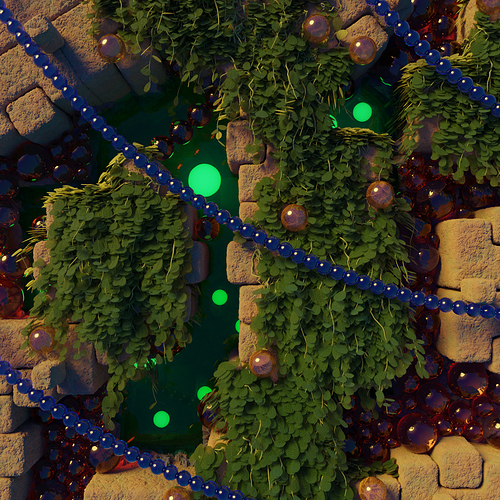 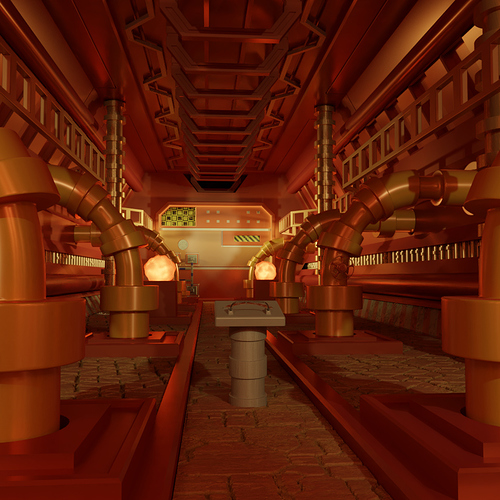 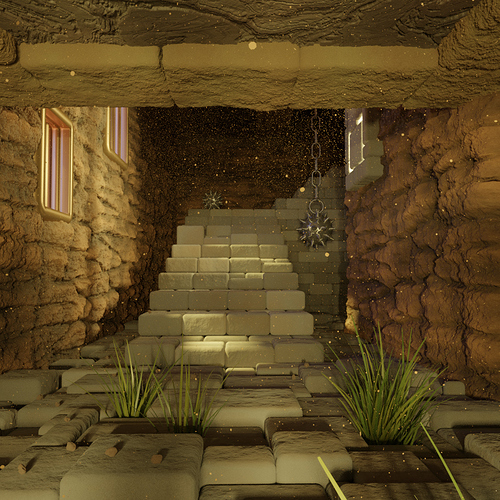 My Dragon model got the treatment too, though I hope I’m done refining it. 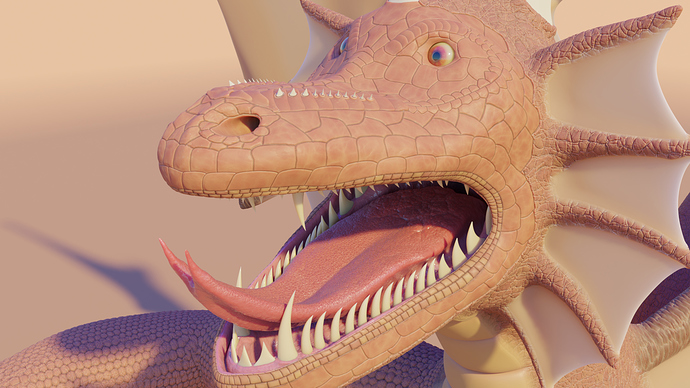 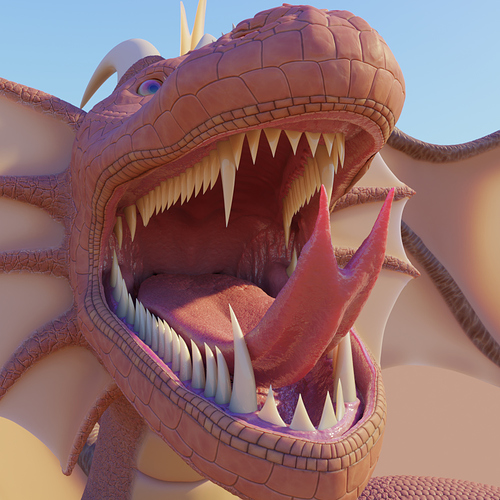 Wow, your work is really interesting, I love them! I find myself lost in all the little details, and they really share a sense of being somewhere new, I place I could never go to in real life. Loving that dragon too!

Meanwhile, full filmic refinements were applied to The Slit-Light Room, Inside the Red Locker and A Walk of Style. 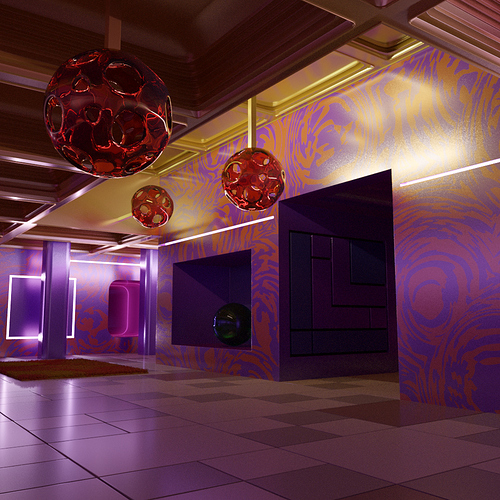 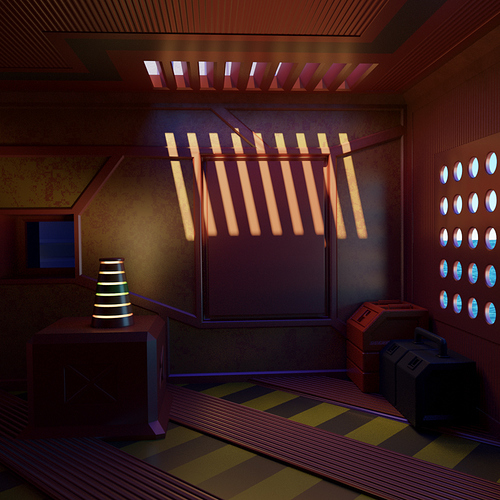 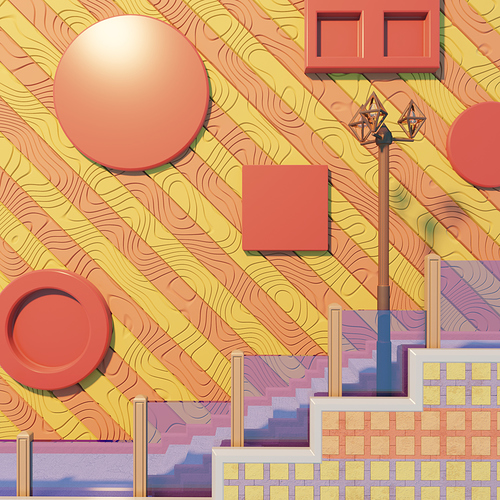 As a result, the first two images saw more subtle, but noticeable improvements and the third sees a major quality bump due to not having used filmic before.

A Checkered Conundrum has gotten a boost now (tonemapping and resolution), but there is a twist. 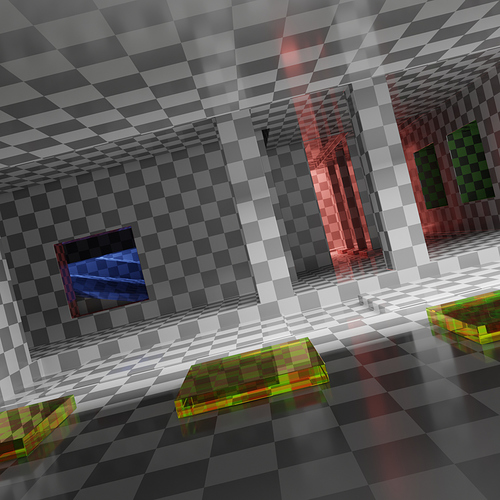 The image itself has no new detail, what is different is that it is officially my first full render using Cycles in Blender 2.8 instead of 2.79 (using the dev. build and not Alpha 2). One of the things I’ve noticed is that the denoiser seems to do a better job at resolving reflections when the sample levels are high enough (in areas where the denoising passes themselves don’t show reflected information). This means this specific iteration has clearer reflections than the last one.

2.8 itself meanwhile stayed fairly stable and for the rendering job at least, it didn’t crash or glitch.

Purple Rooms too has been transition from a heavily fudged filmic workflow to a true workflow. 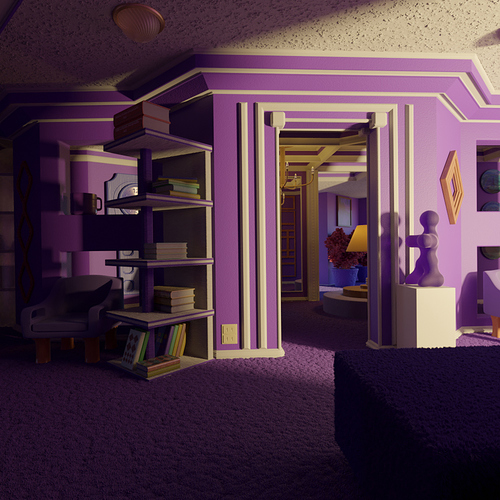 Like the last one, this was rendered using 2.8 and not 2.79. There is something about the denoiser in 2.8 that is delivering better results in various cases (like small details and some highlights) than I can remember from earlier uses (such as with the original version of this image).

Haven’t done anything too taxing with 2.8 yet, but it’s almost time for the beta so it’s a good time to jump in.

Really like the look of this! The colors and setting have a really nice vibe.

Full filmic workflow has been applied to two more images that were among the first I made in Cycles, The Geometric Isohedron Room and Another Way Out. Rendered in 2.8 using its arguably improved denoiser. 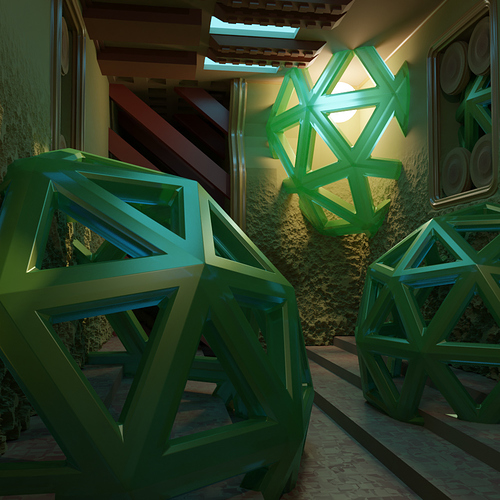 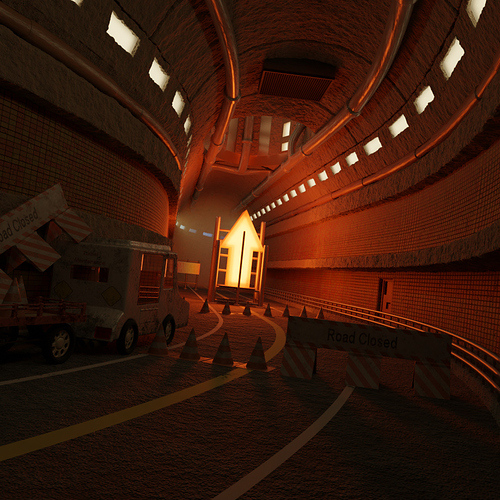 The first one especially saw a major bump from updated materials and the fact it has not been done in Filmic color space before. 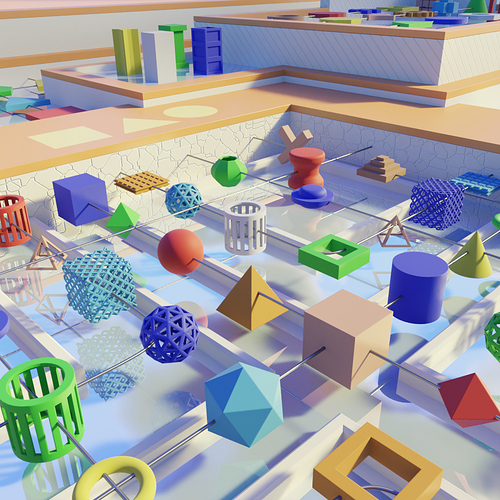 Compared with the old, you notice a much better sense of depth and contrast as a result, the shading has also been upgraded.

The first original work of mine done completely in 2.8. Enigmatic Lobby. 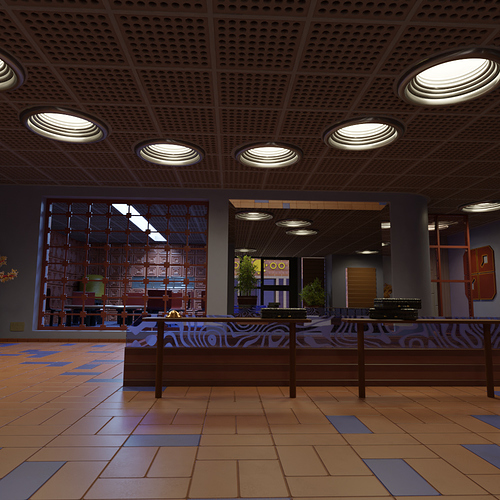 This still uses Cycles (as I want good quality realism). This was off and on work over many different and increasingly usable builds of 2.8 started in the second half of November. The UVmapping in a few cases had some difficulty due to bugs there, but since there was no need for sophisticated mapping it didn’t stop work altogether.

This was also an excuse to try out the new disk-shaped arealights only found in the 2.8 branch, they do work a bit better than a disk texture.

I just updated the Dragon images again with a more realistic filmic curve and a minor tweak to the micro-displacement used. It is also an iteration rendered in 2.8 *which fortunately did not crash) so it gets an automatic improvement from proper subdivision in the UVmap and therefore no warping.

I’ve sat on this enhanced scene for a few days, but earlier in the week I rendered out an improved version of
The Algorithm of Fun. 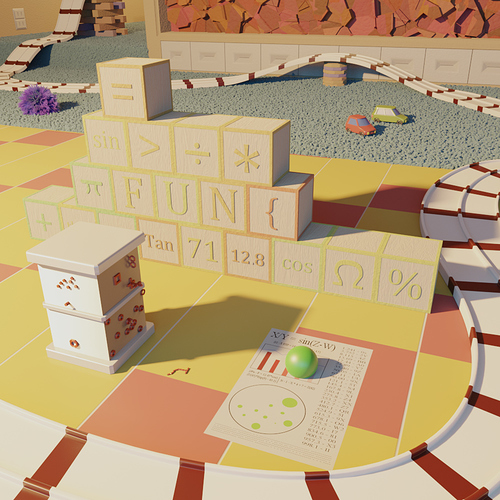 Now it is true for me at least, that I can at times be overly analytical about something and lose focus on just having fun with something. Along with the usual shading and filmic TLC is a displaced back wall and one of those “koosh balls”.

Took a while to find the right setup, but I managed to bring out an improved (and clean) version of
Dragon Discovery. 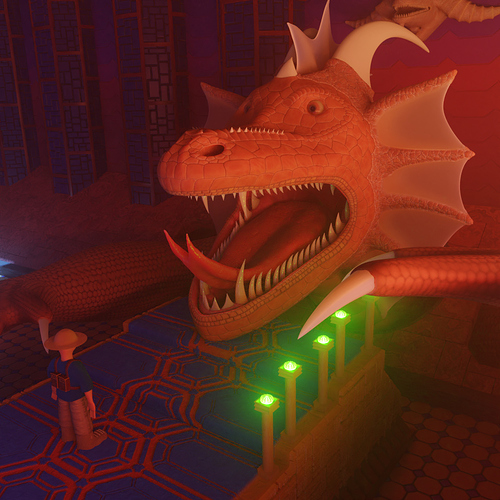 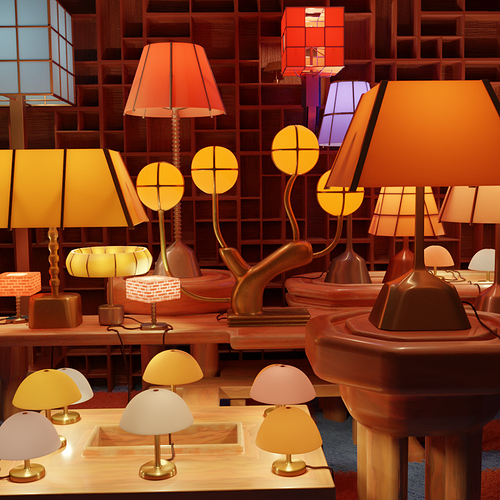 Based on an idea I have had for many years (since well before the dawn of Cycles). I guess it’s a good thing I waited, as it allowed me to express the idea in a way that simply would not have been possible before (with light going through the shades and all that).

So I decided that the current iteration of Purple Rooms had horrible light balance (in that you could barely see half the image due to no accent lighting on the left side). I decided to quick take care of that along with updated tonemapping to boot. 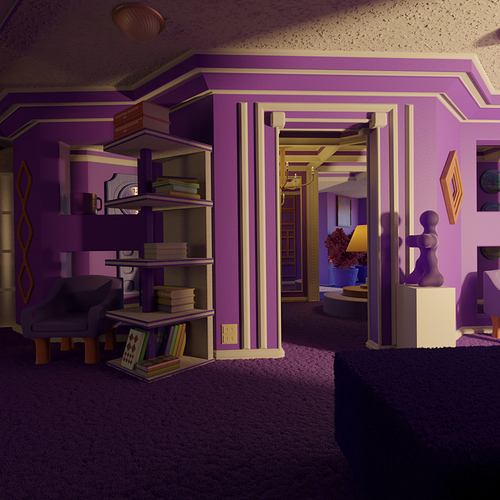 To note, I added a large area-light with a weak emission and no specular highlighting, it’s not based on physical lighting due to no real light sources on that side), but was needed for artistic reasons.

More image revisions, the two newest ones had an incorrect shading behavior in a few spots and Corridors of Intrigue got a higher resolution version with filmic workflow. 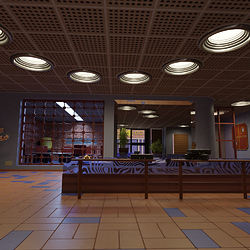 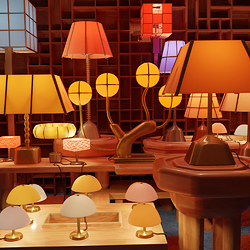 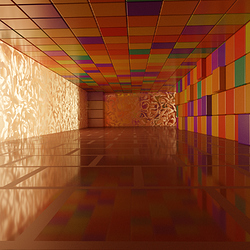 The new thumbnail size options are quite nice to have

The next image to finally get the Filmic workflow (and a higher resolution, and better quality) is Fizzy Soda Dreams. 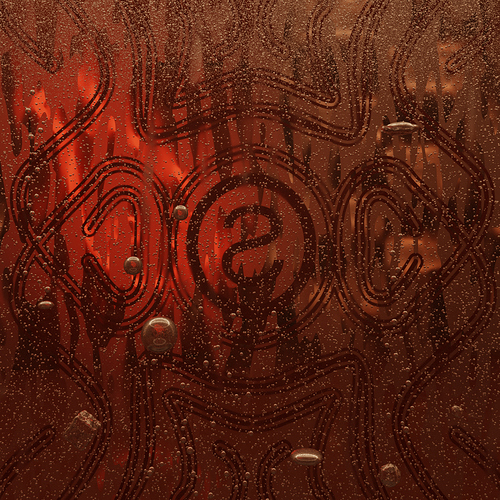 This time, I actually put some work into the surrounding environment and tweaked the soda material (so it really feels like you’re inside the bottle).