im making an acoustic guitar. i dont know much about guitars so if somethings not right tell me.
i havent done much yet but im planning to make everything you can see modeled. if anyone knows where some good pictures are where you can see the wooden frame inside are please tell me:)
c&c welcome

Hey, nice over-all shape, but the neck/fretboard should protrude above the body. Only a cm or two. When I say body, I mean the faceplate - as it is in the current view, the entire neck structure should be sitting further forward - towards the viewer.

thanks the fretboard wasnt made yet on that render anyway. (im hoping to make every piece of wood seperate as you can see here: http://img136.imageshack.us/img136/9774/closeuppx9.jpg)

heres the next render:

really good start, it’ll be interesting to see it textured and all - can’t wait to see how you’ll do the wound strings.

I’m working on a similar project, just not a folk guitar, more of a classical style.
There is something in the pickguard, on the left side, that you should check, though.

Nice work. I think the pick guard should be just a bit thicker (that is, more raised from the face of the guitar body).

Can I ask for a look at you mesh? I’ve been modeling an acoustic guitar off and on for a while and my mesh seems overly complex. I’d like to see if you took a different approach.

thanks for the great comments guys no update atm (comp is busy and is going very slow).

There is something in the pickguard, on the left side, that you should check, though.

thanks ill fix it when computer is not busy.

YEP good guess:yes:
im wondering does this sort of guitar have strings that are like a spring shape (like the nylon strings) or are they just a normal shaped piece of wire?

ill put up wires as well next time

If you want an idea of the interior bracing of a Martin acoustic this has some pretty good shots: http://www.mguitar.com/guitars/features/bracing/index.html and some general different shots of bracing at: http://www.cyrguitars.com/AcousticProject_BuildingTheGuitar.html
As for the strings they’re probably Steel Strung. So first 3 are wound, next 3 are just straight wire.

Hope it helps! Gonna have a go at making my own acoustic model soon

oh thanks those pictures are perfect.

ive been lazy on this project and its time for an update on what i have done.
ive dont think ive ever used 4 modifiers on one object before. (array, subsurf, curve modifier and mirror)
i made the inside but the guitar had to die for me to render the inside the way i wanted:p:

…As for the strings they’re probably Steel Strung. So first 3 are wound, next 3 are just straight wire…

Most acoustic strings… and i hapen to know standard martin strings are strings 1 and 2 are straight steel (the 2 thinnest strings) and 3,4,5 and 6 are wound…

Sorry there is no 1st srting… but it broke

getting a new set tomorrow 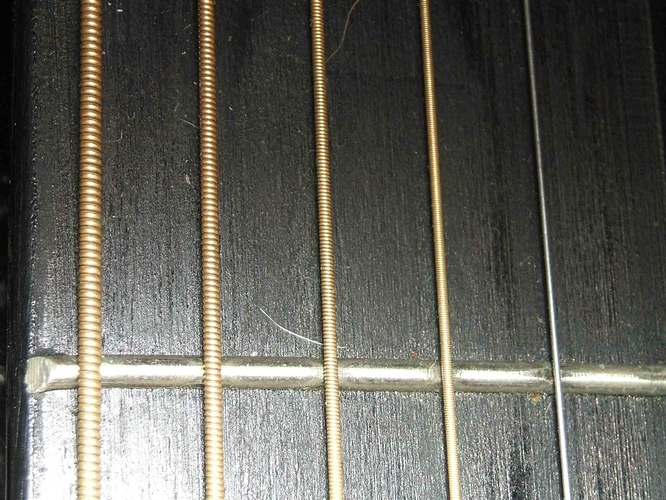 oops:o its actually a takamine.

sorry i took so long, i finally got back in and made te headstock i think its ready for strings now:eyebrowlift2: though there is some wierd shading around the tops and bottoms of the tuner things ill see what i can do to fix it. the bottom picture makes the scale look wrong but i think it is just the view.

Looking nice! How long are these renders taking?

How long are these renders taking?

supprisingly not long- about 5-10 minutes or less.

a question: whats the best way to make the strings wrap around the tuners things? using curve paths?

BTW i fixed the wierd shading on the tuner knobs

a question: whats the best way to make the strings wrap around the tuners things? using curve paths?

Are you familiar with modeling paths and Dupliframes?
Try that out on a simple cylinder.
http://www.ibiblio.org/bvidtute/

ok ive made the strings, i really hope they are the right thickness:o
i just modelled them didnt use curve because i couldnt get enough control
C&C very welcome bofore i texture. because i think the modelling is finished.:
ohh imageshack isnt working. so ill give the big the big render later 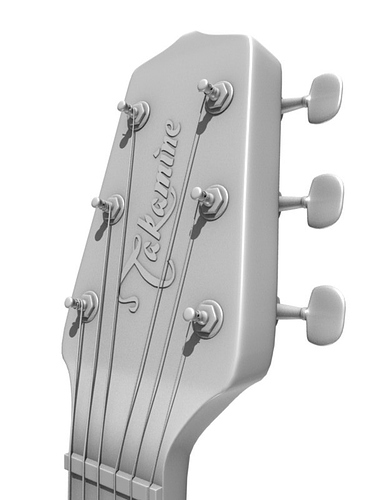 hey bro, nice guitar, i just got strings for one exactly like it… kinda spooky… on ur strings, the lower 4 strings are fatter, cause they are coiled…infact the lowest is about 2 times as big makes me want to make an electric… hmm…

I must admit your guitar is really beautiful “makes me want to play it” and you’ve only been blending for a year? “hmm that highlights my bad qualities:spin: i have no gun ho” well your hard work is paying off. keep it up i look forward to seeing your finished product:yes: