The motivation of this script is to get a better placing of uv-verts especially for straight meshes like architectures.

This script has two functions:

I have made a short video (half a minute) to show this script in action:


You will see, that after a rough setting of points i several times use the first function (rounding), and all the verts go rather in a mess. Anyway - after a recalculation only the pinned verts remain exactly at their position.
After that i select lines of connected uv-verts and straighten them by the second function and pin them.
In the end i get a rather good straightend UV-Map to fit to an image, i made with InkScape.

You will find the script here: 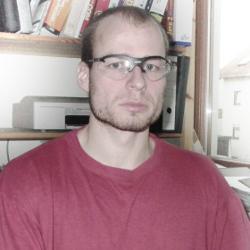 But blender doesnt see the script even I put it in the script folder even I install it directly from blender’s addon tab.

It’s a very good idea, your Add-On (no Script, please, there are rules) for UV straighten lines. I am architect and this tips is more usable that scall (0) with line of local coordinate system.
Thanks a lot for your job.
Spirou4D

Looks awesome, I hope you have time to fix whatever prevents us from installing it.

I am still working on this add-on, to make it safer and more obvious to use. Since everything is very obvious to me i enjoy any critical feedback.
And i will come up with some examples and maybe another video for usage.

I see it in the addons list, but I can’t activate it

@MmAaXx
Maybe it had been because of the Umlaute, i didn’t remove all my comments, these things slip out of my mind.

There is a new version at GitHub:

I am just preparing another Post with a workflow…

Remeshing is not part of the aligning-tools, but enables you to get a maybe better mesh on the basis of the UV-aligning.

And here a short appetizer, what you should be able to archieve with this script:

This is really what I desired! Thankyou very much! I’ll try it as soon as I have occasion!