"Add scene" in VSE: "Only shadows" for cycles?

I have a cycles scene (add / scene) in my VSE, and I made the lights and shadow to match those of the background footage. I must stress: I’m not trying to use an image as a backdrop of a 3d scene, but add a scene (an object and its shadow) to a Blender VSE timeline. 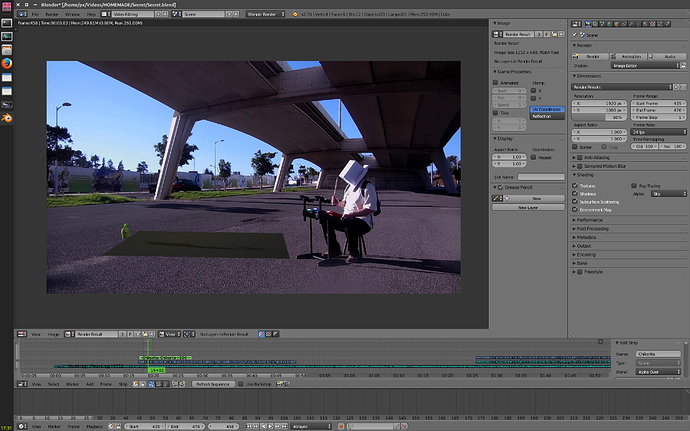 How can I make the material of the “ground” (the plane that receives the shadow) transparent, so that I only see the shadow? Sort of what the Blender Internal “only shadows” ckeckbox does? Is everyone right saying it can’t be done for now (Blender 2.77) in cycles and will be included later?

If no one here knows how to do it, then it’s safe to say it can’t be done, right?

If no one here knows how to do it, then it’s safe to say it can’t be done, right?

Yeah! It IS doable. This (with slight adjustements in “cycles settings”) dit it.

OK, folks. This isn’t quite in the final state, and there are a couple more things I want to add, but it works with just a little user tweaking now, and so I figured ready for a release. This uses a modified version of a node setup I found to work...