This is my first post on this forum. First of all i want say huge thanks for all of You - i teached many advanced tricks and techniques by Your knowledge. Hope someday i will repay and share my experience.

I have problem with displacement modifier - i made low poly chair model and i want to add technorattan displacement map.
I stuck with the subdivision problem - some parts of model are made with big faces,but the corners after bevel apply are made with tiny structure. When i subdivide model to increase density of vertex i subdivide big faces as i want but same time i subdivide tiny faces. in the result my mesh contains 3M polygons but the density of the faces are not equal.

i ve tried to use remesh modifier, but in small angles this method product the “stair steps” artifacts.

Is there any option to control the displacement modifier for density of mesh? I’ve tried even displacement node but its crashes UV and still buggy produces.

Do You know any software which can be used just for displace in proper way and export obj out?

You will really save my life! Thanks in advance folks!

I know what you mean. I have been helped so much. So, I like giving back to the online community. I started making video tutorials to spread the knowledge, but, after hundreds of hours to finally get software setup that worked, my computer died after only 3 tutorials. But, I like posting on here until I am up and running again.

You need a very high poly count for good displacements. And, the details in a model require much higher polygon density than the rest of the model. If you want that same level of detail on the entire model, the final poly count will be extremely high. But, that isn’t necessarily bad since the poly count needs to be high for the displacement. But, you don’t want the detailed areas to have an insane amount of vertices just to get a reasonable density of vertices in other areas.

In practice, you will probably want a displacement map for larger surface variations AND a high-res normal map for finer details. For the larger-scale displacements in a case like this, you wouldn’t need as much geometry. So, you can avoid the remesh modifier. I suggest modifying your mesh’s topology by hand, adding more geometry where it is needed. But, the regular subdivisions would hopefully be enough for this.

Thank You for Your reply @AustinC !
I finally used remesh - my obcjects are made with rattan - so for the good result of displacement i need regular and equal density of faces. This was my nightmare but also my magic key - after remesh i lost UVs but thankfully rattan on furnitures exist with regular lines so cube projecting (of course with few edge tweaks) looks good.

In attachment, the sample render of part of collection I’ve made. In few days It should be available to download full 3D library here from free. 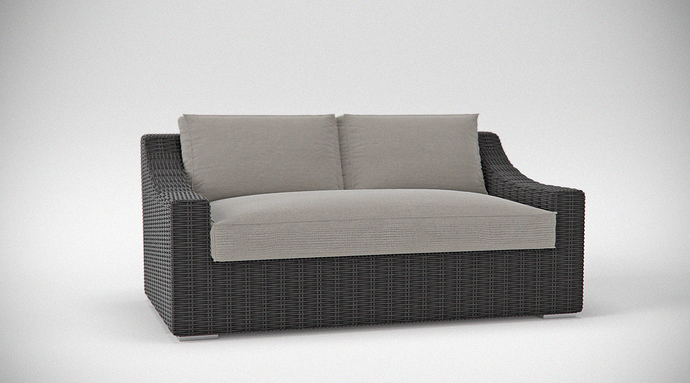