I’m trying to find a good way to cut out ‘deck plates’ from an existing model. I finally discovered that a combination of Edge Split, Solidify and Bevel modifiers look good together without too much extra mess.

The issue I’m having is this: I can’t find a way to add vertices to the original mesh, WITHOUT cutting it, using a path, mesh, or any other tool. It seems elementary to me. The Shrinkwrap modifier seems close, but considering the knife tool is horrid (I even tried the one in the bmesh branch, still needs a lot of work) it isn’t really feasible to do it all by hand.

The only method I’ve found that would do what I’m looking for is to use an intersect boolean, then a difference boolean, delete a TON of excess geometry, then join the two resulting meshes and remove doubles.

This is an example of the two shapes I want to work with. 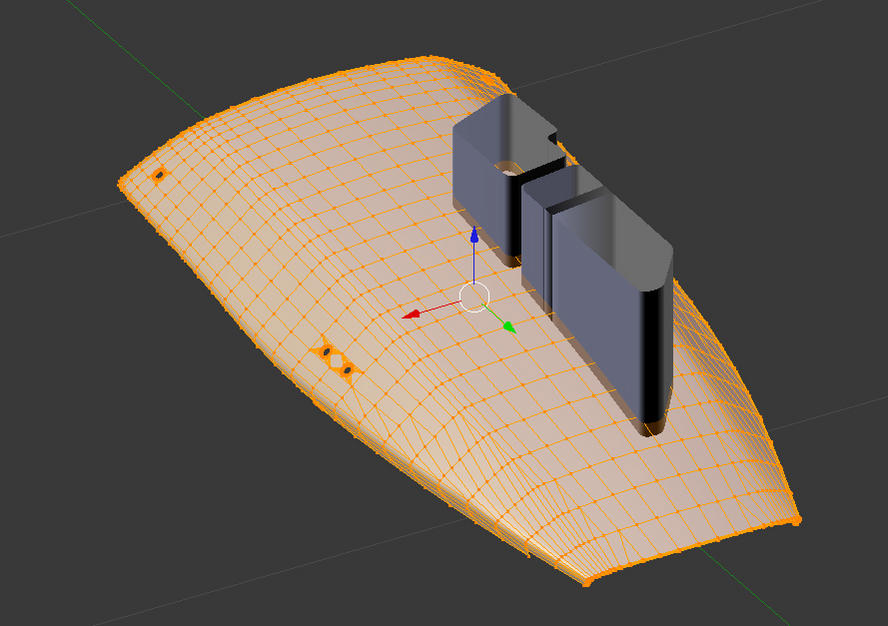 This is what I’m hoping to achieve, sort of. What I actually did here was to shrinkwrap the path, convert to mesh, and join. Unfortunately, it doesn’t actually join the points to the mesh, only including them as an unattached mesh alongside the hull mesh. 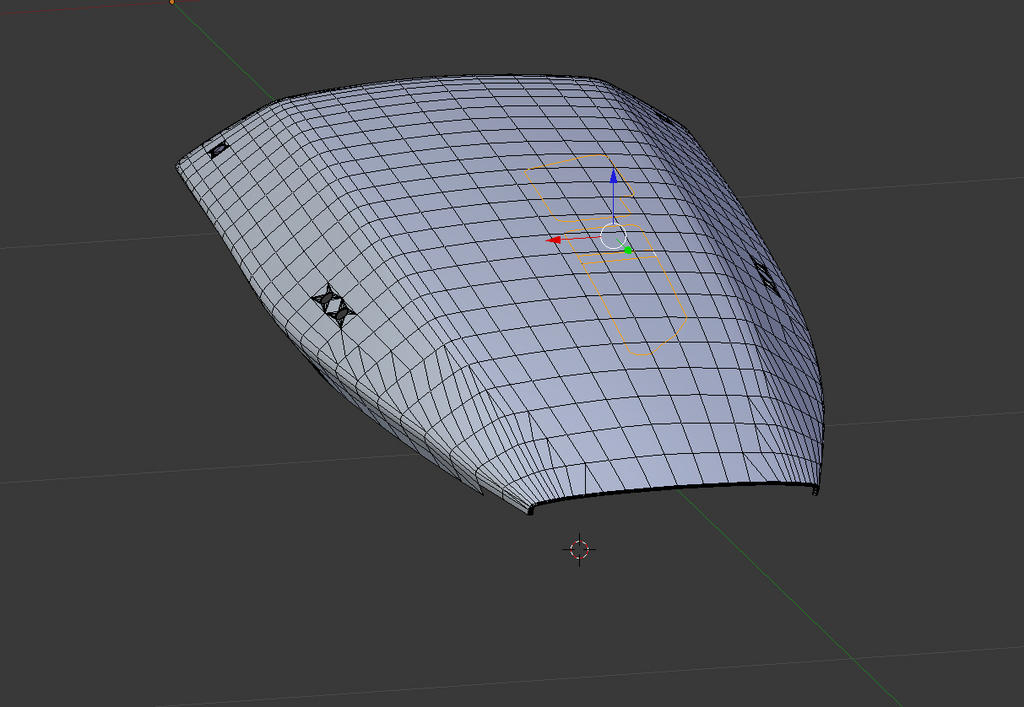 I did find a lead to a better way, but it didn’t pan out. I changed the paths to 2D so they filled, set an extrude, and then used shrinkwrap. They looked GREAT in the editing window, but the render, not so much. Stepped edges and nasty normal inversions. :s Still trying tho.

Is this any use to you? If I understand what you’re trying to do, I’d cut out the shape this way, by deleting the faces and merging/filling the border with the shrinkwrapped shape, filling the shape afterwards if you needed to

The trouble is, since the shape is so odd, the method he shows in the tutorial results in some odd surface waves around the added geometry.I can’t subsurf the mesh, so I can’t use that to disguise the transition.

I’m redoing the topology anyway on this element, so I can shape the mesh to fit the details I want in there, but I am not redoing the whole model. (This is the warhead module for the Defiant, and the mesh I have isn’t a good copy of the real thing, the warhead is quite a bit off.)

WHY oh WHY is the word R I P P L E S forbidden? It took me 5 minutes to find what caused that.

If you are wanting to add these plates as an extrusion from the hull, add them as separate objects and place them on top of the mesh. This is how many people do it. There is no hard rule that says geometry has to be merged to one another. You can easily make them part of the larger object by adding them in edit mode or creating separate geometry and then ctrl-j to join them together.

Don’t fall into the trap that all things have to be one solid mesh and/or made of several pieces. Both approaches can be used at different times and/or together for different reasons.

I’ve tried a few ways to do that as well, but I’m having a lot of trouble getting the faces to conform to the hull. Some methods seem to be closer than others. Shrinkwrap on the extruded 2d path was PERFECT in the viewport, but it doesn’t render right. Converting to a mesh doesn’t fix it either. :\

I’ve looked for tutorials or advice for days, to little avail. Most tutorials I’ve found give results more like a Star Wars ship, or (like some of my own methods) only work correctly on the base mesh, and cutting in vertices would be the only way to achieve the effect.

Thanks for the suggestion tho, I’ll look more into the possibility of ‘floating’ plates. One concern I have is that the majority of the plating is more or less flush, with between the plates. I haven’t yet found a possibility for making inset grooves as opposed to extruded plating.

Well you would want a little more than just a path, you’d want geometry… but I think a pic of your result would be more explanatory.

This file shows some of the problems I’ve been running into. As you can see on (A), unless doing the tedious retopo on the converted paths, the faces don’t lay flat (subsurf just makes a bigger mess) and the extruded path seems to have crazy normals in render.

The best result comes from © but I can’t figure out a good workflow that’s simple enough to do dozens of these seams to match the original model patterns. 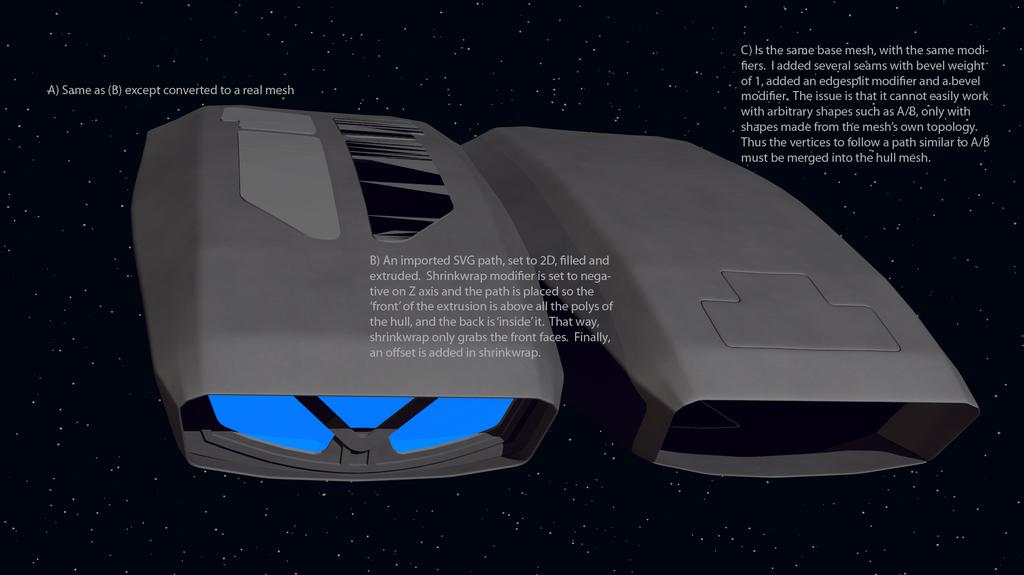