Previously, I released an addon on Blender Market called Frame Ranger. Which is an addon that stores a group of frame range for later use. When I write that addon, I was just getting started, and so everything is pretty messy in there.

While the Current Progress is not released yet, a Experimental Unstable Version is available on Blendermarket for testing.

Now, I am currently rewriting this add-on, and would like to show my progress and ask about opinion here.

After the Add On rewrite, there will be a price increase (As I really spent a lot of time working on this).

The New Frame Ranger will come in with three different parts:

The Add-On will have option to Turn on and off each Manager if the user prefers.
(Since it will feel bloated if all is on at the same time)

It Saves Frame Range in a list, where you can set the scene frame range any time you want. You can also import or export this list to other file for other purpose.

There is a hidden subpanel call Frame Range Set, think of it as a group of frame range, or session.
You can also use this to

Marker Manager is a list that displays all the Marker in the Scene. instead of going through the timeline, you can access it in a list.

Here, you can set the Frame Number of the marker, move your current frame to that marker, set the selection of the marker, and also bind the camera in the list

Optionally, the marker also stores notes, for you to write remarks or give message to other user. This addon also added the ability to export Markers to be import into other files.

A List that displays all Action available in the blender file, there are also many utilities added to help in working with actions in blender

LAM747×291 33.5 KB
This is one of the most challenging part of the addon. Local Action Manager is basicly a Object Based Action Manager. It Stores a list of action that you want to associate with an Object.

Think of it like Material Manager with Slots, but is action Instead.

Each Object will have Slots to place Action in. For example, you have Walk, Stand, Attack, you can add them as slots, and you only have to see the action that is associate with the object.

Other Utility Feature Provided are:

Heres an Demo on how it works.

Frame Range Manager, Action Manager, and Marker Manager Base Feature are mostly done. Just left some cleaning up and fine tuning, as well as some test before completed.

The Last Part Which is Timeline Utils Progress is still in the working and it will be coming soon. It will Include Modal Based Operators

as well as Auto Frame Range (Which fits frame range to keyframes, sequences, or more)

I will be Posting My Progress on Twitter, Here, as well as Discord.

Progress: Adding Frame Rate Remmapping
This progress I added a feature to remap keyframes base on frame rates

Progress: Adding Play Buttons and Frame settings from Timeline to other animation editor

This Feature will be include in Frame Ranger, but will also be released separately for free if you want to use this without buying frame ranger

Progress: Adding Auto Frame Range, it will fit the first and last frame base on the context you give it.

Progress:
I added a frame modal operator in Frame Ranger Addon that give some tool to help you to set frame range, trim keyframes and timescale keyframes

This addon is almost done, I will make a Overview Video, and release it on blendermarket for stress testing. Hopefully It won’t have much problem or bugs

if you are interested, you can buy it on
Before the Price Increase

Frame Ranger is an Blender Add On that consist on tools on helping to work with Frame Ranges, Keyframes, Markers, Actions, and more.

Check them out here: 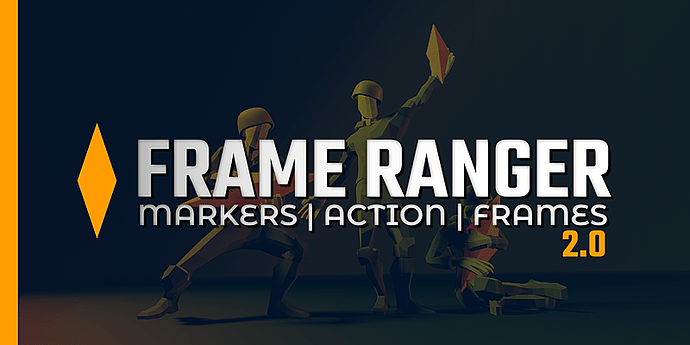 Frame Ranger is an Blender Add On that consist on tools on helping to work with Frame Ranges, Keyframes, Markers, Actions, and more.

After the sales, which is 11 April, Frame Ranger 2.0 Major Update will be release, and the price will be increase to 25 dollar

Grab it now while it is on sale at 6.75 Dollar before the price increase.

Frame Ranger 2.0 will include all the feature I show Above in this thread

Frame Ranger 2.0 is Released!
Frame Ranger is an Blender Add On that consist on tools on helping to work with Frame Ranges, Keyframes, Markers, Actions, and more. 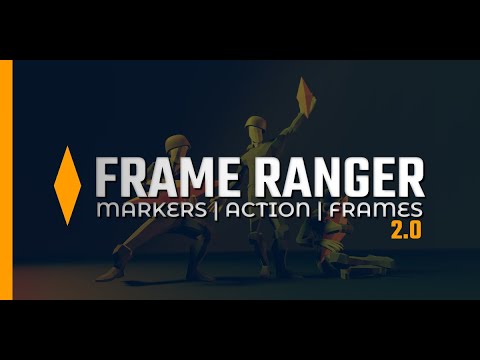 This Addon is extracted part of Frame Ranger 2.0 that is available for free for those who only needed only some of the feature listed below.

(Note: You can only see Pose Marker in Dopesheet → Action Editor, and need to turn on “Show Pose Marker” in Markers)