Ok, so this is the same issue as you were having before. There are faces which are not in the same plane, meaning that when the add-on determines the rotation it is wrong, causing the edges to not quite meet up. I put together a GIF that shows how I fixed that problem just by moving a couple vertices.

I just release version 1.0.1, which contains a fix for a bug that kept meshes from being converted to siding objects when they were rotated certain ways on the z-axis. Hopefully, I will be able to add support for rotation on the x-axis at some point, which would allow tilted walls.

There are also a lot of little enhancements surrounding adding face groups in edit mode when converting meshes to roof objects. Some of these are the addition of CTRL+A to quickly create a new group, better management internally, an Update All button which recalculates the slope and rotation for all groups, and auto renaming when a group is removed.

The internal changes did make it so face groups from previous versions would not work. So if you have an existing roof mesh, then click Delete Roofing, which will return the original mesh, go into edit mode and remove the old face groups and re-add them. This change is a little inconvenient, but internally this will be more stable and flexible.

Thanks Jacob, there is a problem with the addon installation, the folder name needs to be changed to JARCH Vis.

Thanks Jacob, there is a problem with the addon installation, the folder name needs to be changed to JARCH Vis.

That seems to be going around, although I have never been able to reproduce it. Probably the best bet is to just name is jarch_vis. GitHub doesn’t not to my knowledge support adjusting the download folder name, so this has to be done manually.

when Roof have angle: 45° and 135°, I have a problem after click Convert To Roofing. 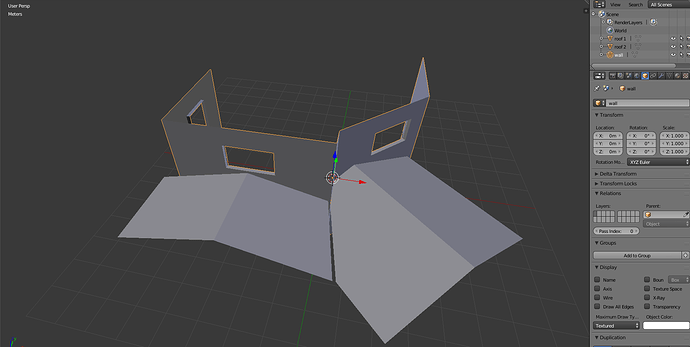 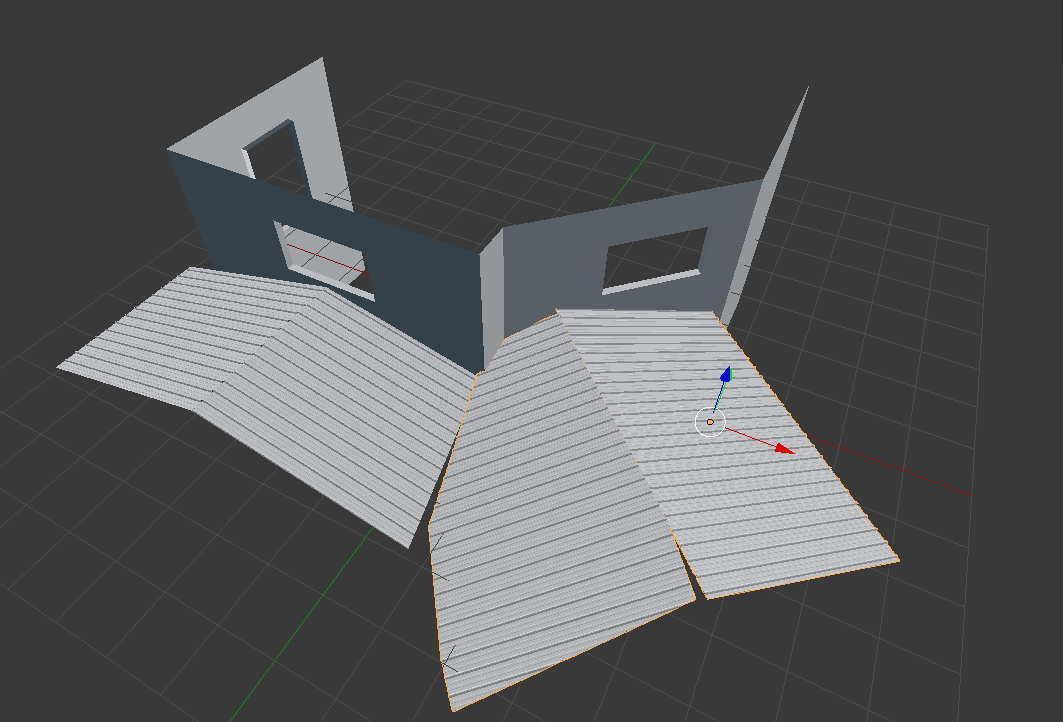 Thank for the great work

Just the improvements on your “convert to flooring” portion of the add-on makes it a lifesaver for me. Great job on this!
I’m looking forward to supporting you on future efforts.

Thanks for making this addon.

I am having some issues. For some reason it seems not to go further than width 3.6mm. I am working with cm. Is this supported on 2.9?

Anyway I can make it go past this I need like 150mm per brick. Also if there is a way one can set the brick or wood parameter size before clicking convert to sidding. The bricks are so tiny and many, my pc crawled to a halt.
It seems to have a scale based on metrics problem. I have my scene set to cm. When I select a wall that is 14m tall, the addon puts the wood wall at 1.5mm which is very tiny. Is there a workaround to this? Maybe set the brick size before converting?

Well, it has been awhile since I last posted to this thread, but there are finally some updates coming down the pipeline. JARCH Vis 2.0 should be released in early 2019 and will a pretty major overhaul to the add-on, including updating it to work with Blender 2.80.

Some of the changes will break support for previous Blender versions, but 2.80 is currently stable enough that I don’t think this is an issue.

I’ll post more as I get closer to releasing the new version.

JARCH Vis v2.0.0 is out! It is a pre-release with several things that still need cleaned up, but it is pretty stable so far. You can check out the release here, which includes details on what all has been changed.

I would suggest to leave the dots out in file-names, for example:
JARCH-Vis-2_0_0 (and JARCH-Vis-2_0_0).
On Windows the addons won’t install properly otherwise.

If you check out the README, it says to rename the folder to jarch_vis after you download it as the naming convention within Blender for module folders is lowercase letters and underscores only. All that to say I’m aware

Oh my apology then. I should read more often the readme files.
But nice addon!

Thanks Jacob_Morris what a wonderful job you have done. I have an issue though with the brick siding even after applying location, rotation and scale it still acts weird when changing the values. So all is good as long as I don’t rotate the object. Thanks again for this great addon

Can’t seem to get cutout to work. Blender 2.8

Sorry for the delayed response. Could you post a .blend file that shows the issue you are having?

The cutout tool doesn’t work if pattern is set to clapboard.

Hey man, great work! Thank you for making this addon!

I’ve just installed add-on into Blender 2.8.2, everything works fine when generating new flooring, siding or windows - however, when applying to an existing object with a hole, (Window or door), things seem to go askew.

The steps I followed were,

The end result appears to generate the inverse of what I wanted, as seen below. Am I doing something wrong or is there a wee bug when using this add-on with Blender 2.8…?

@Jacob_Morris Fantastic Add-on . teaching it to my students right now.

you removed the stair system in the current version?