It works by two ways: - Saving a master version in the folder and save incrementally in a new version folder.
(I used this way working at Aardman and it is my favourite).

Install as usual (save within the blender addon folder) and activate in user preferences.
It will appear a new entry. Add the shortcut that you prefer. 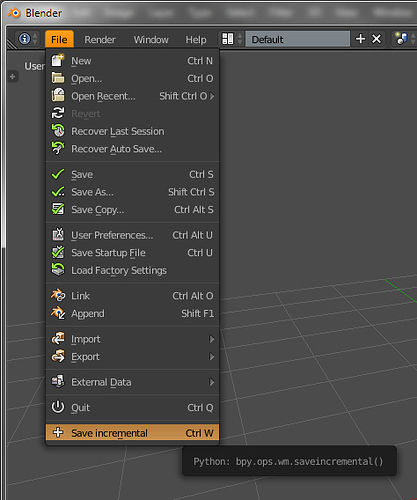 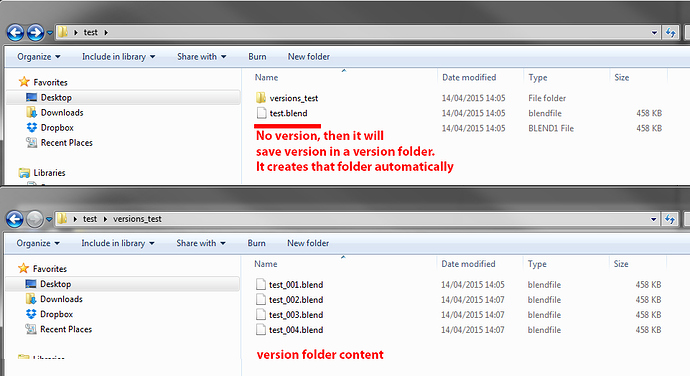 And that’s it.
Hope it is useful for you.

I like the behavior of maya, auto saves in a directory and incremental save in the same directory of the original scene.

Do you think it is possible to do that ?

that would means override the blender autosave system and I am not happy with that.
It could be possible, but with lot of scripting far from my hand

I like the idea of having an incremental save option that’s a keystroke away. Although I usually do [Cmd Shift S], [+], [Enter] which accomplishes the same thing. (When I say ‘+’ I mean the ‘=’ key to be technically accurate, since they are the same key) It seems like a lot of strokes at first, but it can be done quickly.
Anyway, I tried to install your script but got an error:

Here’s what the console had to say:

It says the modules installed, so not sure what the problem is. Does the script rely on a Windows-specific file path?

Jum! I am going to take a look on it
thanks!

Anyone have a similar add on that works like this and not like the native save inc in blender?

It was working for me without updating, did it not worked well? Anyway, I have updated it. You can download it from my git. Let me know if it works for you now. 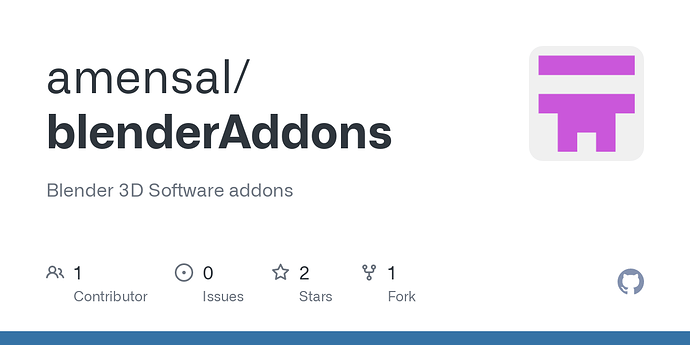 there are many addons there, but it lack of proper documentation. If you are interested in any of them just let me know and I will record a video tutorial.

Thank youso much! It works wonderfully in 2.92. I really like this way of inc save. The original latest file must not be renamed.
Lots of add ons there. Some description of what they do would be great.

Thank you for this addon. It works really well… very useful.

Definitely I should add some description/photos/videos! and I will… someday… xD

You are very welcome

Someday. Hehe. This save inc is so much better than the default inc saver. Thanks again.

When I try to save a file with a number, example furn1053, the addon doesn’t work and an error pops up. I assumed it would be saving a backup as furn1053_001 but it doesn’t and just an error.
Can we save blend files with numbers?

I am going to check it, thanks for flagging this!

I have just fixed it (I hope so). The scrip will consider names like “furn1053” has no version and it will create the version folder.
Hope it works for you

Thank you! It works with numbered filenames now

Hi Vertigos. This script works wonderfully in 2.93 but im trying it on the BLender 3.0 beta now and it throws errors:

I assume because some of blender python had some changes. Perhaps something you can look into before Blender 3.0 is officially released and this script is a must-have

thanks for flagging this. I am sure something in the api have changed so I will have to review all my scripts (starting with this one). I have not used any of 3.0 yet, but I will jump into it asap.

Hi Vertigos, happy new year. All the best wishes. Do you have any update on this?