Hello, with the new blender 2.5 alpha release the game engine has become even better. Mainly with mp3 support! Which will make it possible to add a lot of sound and music to the world you are making.

I thought about trying to make a adventure game with the new 2.5. I know some things are missing like alpha. facepalm But everything else is there and ready to be used? Many others will probably try make a 3rd person adventure game as well.

So I thought why don’t we join forces. This is my idea:

The game could be divided into three main areas or modules.

New game - Start the first cutscene followed by the first level.
Two player - New screen where you can choose a few levels to explore with a friend.
Continue - loads latest game, just one slot that can be loaded.
Exit - shuts down game.

The title screen wouldn’t be too hard to make. The new game option would take you to the game that would include maybe 10-15 levels. Or maybe it could be more like Spyro the dragon instead of levels.

You know one main world, then the levels would be located inside that world. But maybe that is to push it a bit far. At least I think you should be able to go back to earlier maps.

The maps could be linear, but not too much. You could still choose to take different ways to reach location B that is the goal.

The cutsenes in the game would be simple, maybe a scrolling text with some background music telling you about the story of the main character between each level.

There hasn’t been a lot of great games made with Blender and not even so many good games made with it. I can only think of a few like, Yo Frankie, the game with the bald warrior. Can’t remember the name of it.

I suggest we go simple with the graphics. That means no GLSL or bunch of normal maps and stuff. Only baked lights. Each level could be maybe 30 000 - 40 000 triangles.

With a script that removes everything that isn’t within a certain distance to the character. For big open maps we could use mist and for smaller maps we could skip it. Mist isn’t always nice.

The gameplay would be very much like Spyro. You view the character from a third person perspective and you move around with “a w d”. You run around and explore maps that has platforms and stuff to jump on top of. I haven’t decided on the character yet.

I only got a suggestion below, as I would like this to be a team project, and you guys maybe got some suggestions too. So the controls and abilities of the character I haven’t thought so much about yet.

Ok this game would circle around the main character. Everything would be about what he does and his journey. No cutscenes showing what anyone else does. So the main character has to be interesting enough for the player to keep playing the game. It has to have some character and feeling.

Here are some concept art I have made for him. I only made two but I think you get the idea right? A pipe smoking neutral young man that lives close to nature that loves smoking and singing. Personality wise he would be a calm but happy guy, NOT EMO. Even though the boat picture below might suggest he is.

I’m open to more suggestions on the character. Nothing is final yet! It could even be a girl. Or maybe you could switch between two character at will. One female and one male character. Like in Pandemonium and Donkey Kong.

What is the plan?

Ok so here is the plan. If you guys are interested and we get a few people that joins the team. We divide the team into following.

*Main menu
We need at least one man that knows how to make a nice looking main menu. With a fading logo. New game and load option. And nice buttons and something nice to look at at the main menu itself.

*Character models
A few people that can make enemies and model the main character. People who know how to model and make textures. Maybe 3-5 would be enough. This is what I’m best at so I will be doing this.

*Maps
Some people that can make maps, this is pretty hard work. First the map need to be designed then modeled and textured. For this we need at least 5 people, I can help here too.

*Animations/riggers
4 people could do this. We are talking about making walk cycles and attack animations for each enemy and the main character. I imagine there to be maybe 2 enemies for every map. So 10-15 enemies. Each having a walk death and attack animation.

*Map logic
Making the maps dangerous and fill them with pickups and make it so that the character reacts to areas in the map. Like for example if the character jumps into a ant nest something should happen. 2 people could do this.

*Minor things
Things like cutscenes inbetween levels. And music and minor stuff. 1 man or someone that has finished his job could do this.

If you are interested in joining the team please reply. And please tell me what you think about the character design. I’m not the best at drawing

We will use ICQ for communication, it’s a free chat program. Much less resource heavy than msn and quite nice. I will also setup a forum if we get enough members.

prototype please. that should just be a standard from now on when asking for a team. just a proof of concept blend.

is your main character a pimp? just curious, the attire and the raised slap hand just screams 1983 slick daddy pimp. you might want to give some color information on him to clarify, because if i was asked to make a model based on this drawing i would be making “Grand Sugar Daddy D”. no offense.

prototype please. that should just be a standard from now on when asking for a team. just a proof of concept blend.

What do you mean with a conept blend? Placing some cubes to show you where everything is suppose to be placed or making a layout for some level or something? Or you just want proof that I’m not a total noob?

If that’s the case then I’m going to model the main character. And about that…he looks like a pimp O.o I was thinking about this guy when I made him. 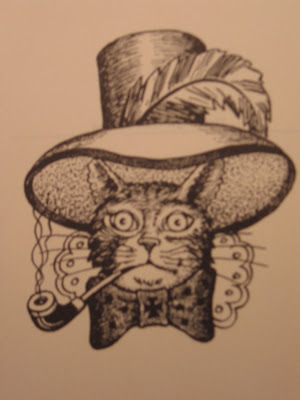 He is in the Shrek movie, puss in boots or something. A human version of him, is he pimp?? Anyway I’ll post the character within a few days or maybe earlier. Got a lot of exams… -_-:no:

He is in the Shrek movie, puss in boots or something
I bet Charles Perrault is turning around in his grave right now.

I know what he is called in my own language. Anyway, here I started on the character, missing the face and a pipe.:eyebrowlift: Think of this guy as a Prince of Persia, Assasin creed style character. But set in a mossy magical forest…and it’s for blender game engine:cool:

There’s currently some showstopping bugs in 2.5 alpha0. Be aware of these.

I’ve been told you shouldn’t use alpha0 for serious work yet (like BGE games), wait for some of the bugs to get fixed, or if you encounter any bugs, use the tracker if you have access to your email address.

What do you mean with a conept blend? Placing some cubes to show you where everything is suppose to be placed or making a layout for some level or something? Or you just want proof that I’m not a total noob?

oh no, i dont think your a noob, im going to give you the benefit of the doubt. a concept blend should nail down the game style and how it will play out. this can be accomplised quickly with just cubes and place holder art. it needs to answer wether you, as the developer, know how to make the game work from the technical end.

this will allow the artists and programers to get a feel for the style and gameplay, and better see what you have envisioned so we can decide wether or not its the right kind of project for us, if its fun, and if is realistic. take a look at my template thread in the resources section. the template was orgionally a prototype for a game i was planning on making.