I am trying to make it do as the sculpt brush implies. It is doing exactly the opposite I have done all the things suggested yet still it wont bulge out my mesh it deflates it. 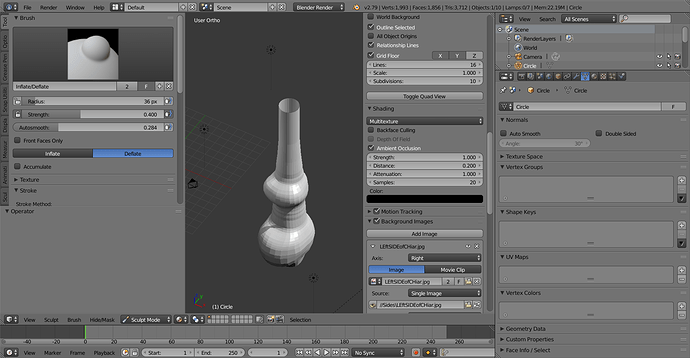 You can see I have the brush that bulges out a sphere but it does just the opposite as implied. I am missing something.
Thank you. Please Go into side and front view to see images I have placed in. Should be packed.
doingExactOpositeOfExpectedPack.blend (1.97 MB)

This thread is not a tutorial 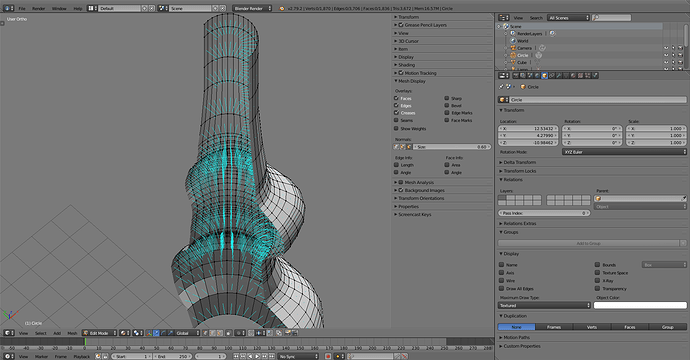 The normals are facing inside instead of out. Select all, ctrl+N to make normals consistent and pointing out 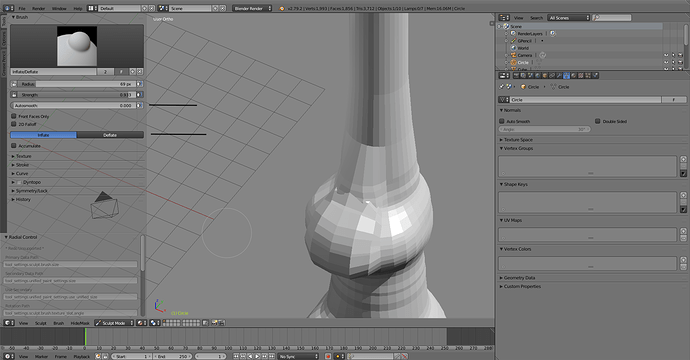 Then turning off the autosmooth and switching the brush to inflate will inflate the geometry as intended.

Edit:
forgot to mention, when you go through the list of things that could be wrong with the geometry