Hi, this is a piece initially started to practice my texturing (started making just a shield). I was actually planning to post my next piece in the focused critique area, but I am moving so I won’t have much time to work on it, and this is not really a project, more somethign that came together from practicing and experimenting. C&C of course welcome though. 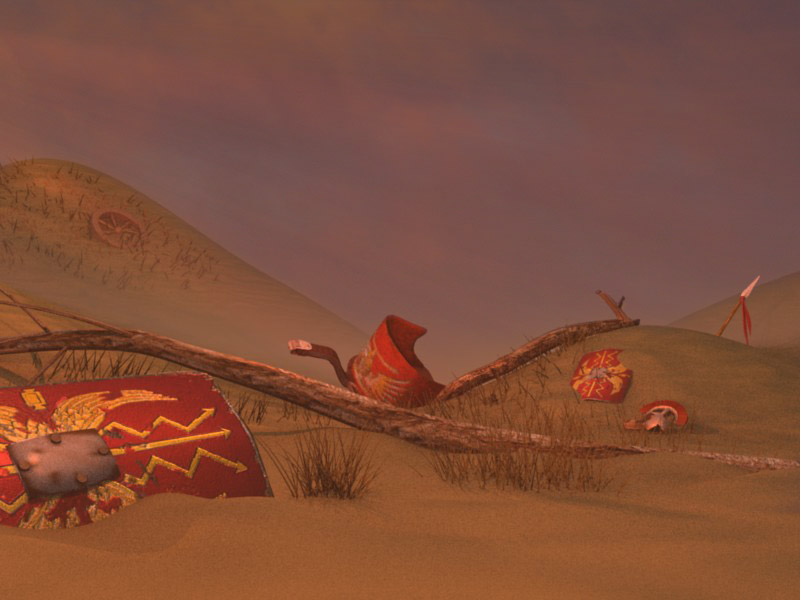 Nice scene I think the lightning could use a little improvement making it more dramatic and the textures look a little washed out and low res. It looks like a gamescreenshot form an older gameengine.

Wow! Making me think of Age of Empires game!

I also agree with musk about the lighting, maybe you could add some crows sitting upon the shields, or clouds…up to you.
Well done

Hello and thanks for the comments. Yeah, I actually have a version with more dramatic lighting, I wasn’t sure which one was better, I have attached it here, its also more high-res. I also agree that the scene seems a bit incomplete, crows sound like a good Idea, but my organic modelling skills aren’t good enough yet to make any convincing looking ones…:). I was also considering adding some ruins in the background or some kind of temple, which I might do once I have more time. 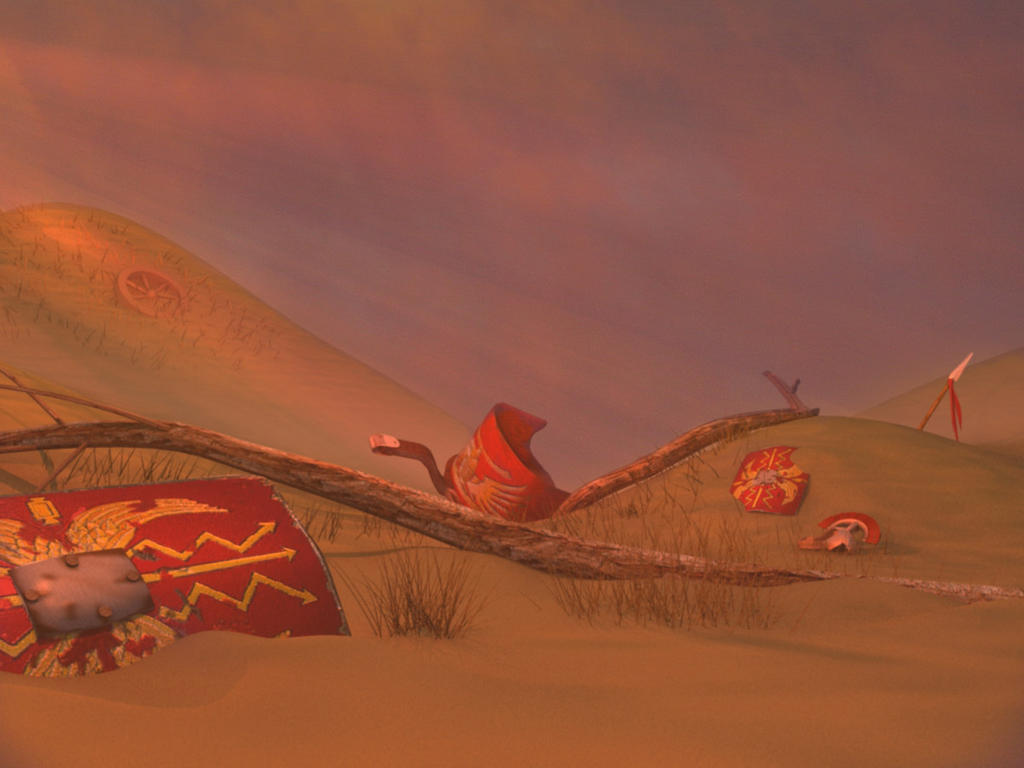 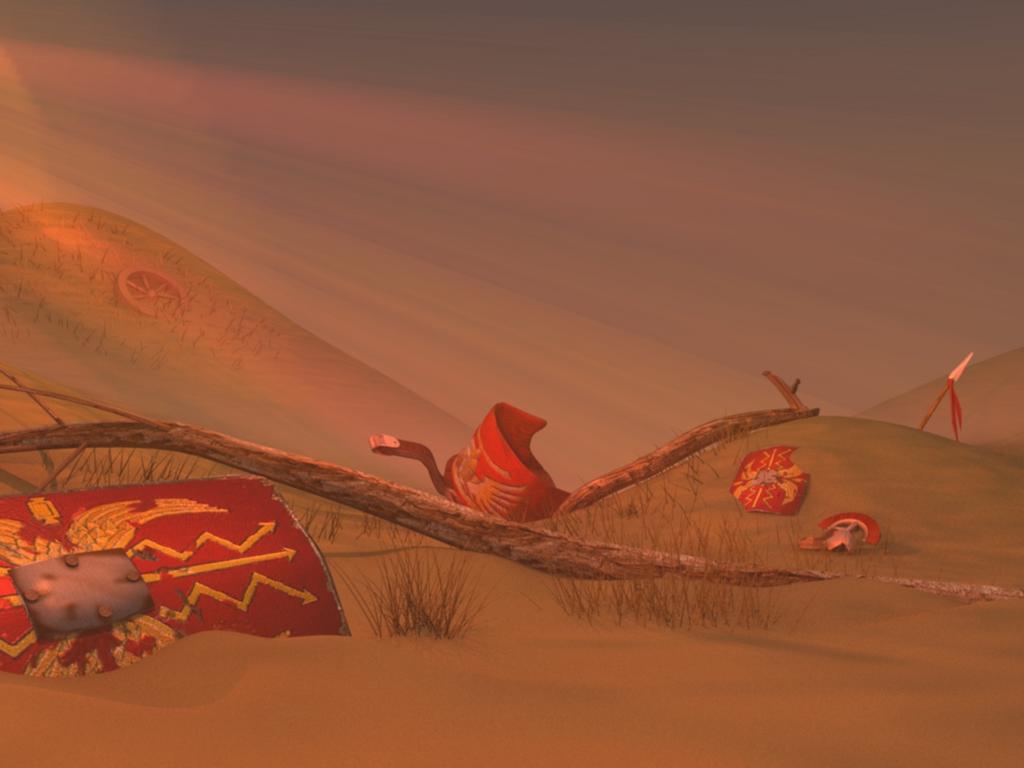 i goes well… some specs and shines? what do you think?

Hello meschoyez, thanks for looking in, I have been away. What are specs and shines?

cool, but the sand doesn’t look too real, although you did a good job!

It looks to me that your shadows are comming from the different light source rather than from the source that gives those ray light or valumetric light ( you name it) on the left top corner…it doesnt look right. I’d also suggest to make your shadows a little sharper, i think that would give the scene a little more “juiceiness” , if you know what I mean.