Here’s a little project, took me about a week to complete. I could’ve kept it up for a little while to push it further, but the point was made for me : I wanted to experience the extensive use of the arrays, curves and mirror modifiers (among some other tools I used, like Wirefram, the particles for the trees, and some BlenderGuru tips for the water). Anyway, it was kind of an experimental project, and after some Photoshop post-processing it is now done and ready to be presented !

I hope you like it, I’d love to get your feed back on this one, to always keep improving myself in this art.
Thanks in advance,
Cheers 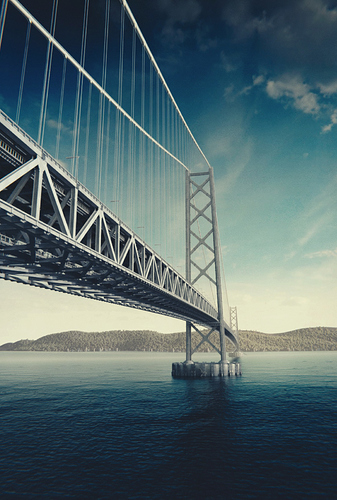 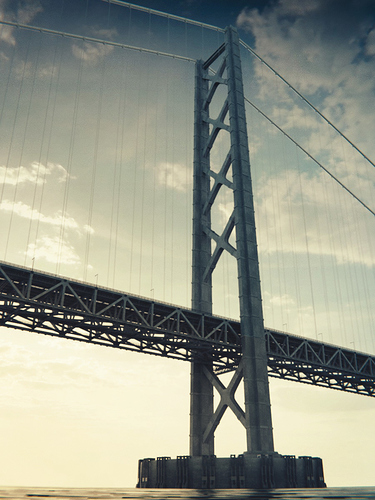 Ah, I recognise this! I was there last year while attending a conference in Kobe

The composition in these shots though feels a bit off:

Thanks for the feedback !
I know what you mean for both of them. But man, composing with a bridge (an entire, huge bridge) was a total nightmare. But yeah, as you said, comps could’ve been better

The water looks a little strange, but other than that its amazing! great job

The water was challenging, it’s something I’ll try to improve…