the other day i organised my songs into two albums: “Just One Dance” and “Battle of the Strings” and I pretty quickly came up with the ideas for album art for the two.

So, im starting with Just One Dance but have a problem with the curve and array modifiers.
Below you see a sketch and the two characters posed for the scene, although i might have to change something so it looks like they’re dancing (kinda looks like they’re hugging).
The idea is that music notes will replace the mesh so that the notes are in the shape of the body.

The problem occurs at the feet of the curve of the female on the left, not sure why. help appreciated 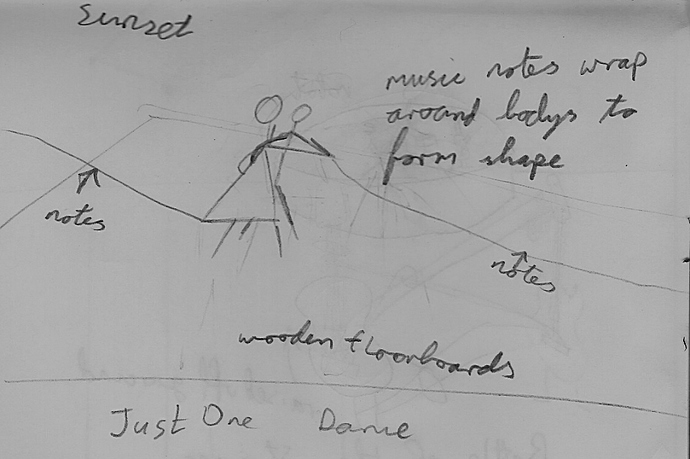 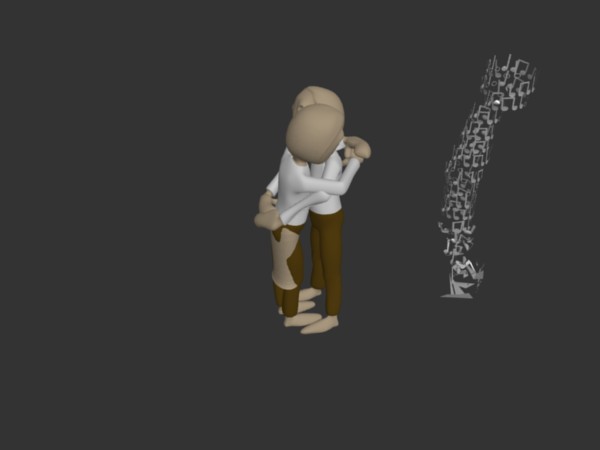 ive decided to scrap the legs, arms and heads and just have the body shapes with shadows and such, youll see what i mean below. still have to work on the notes, there seems to be something happening on the edges, not sure what it’s about 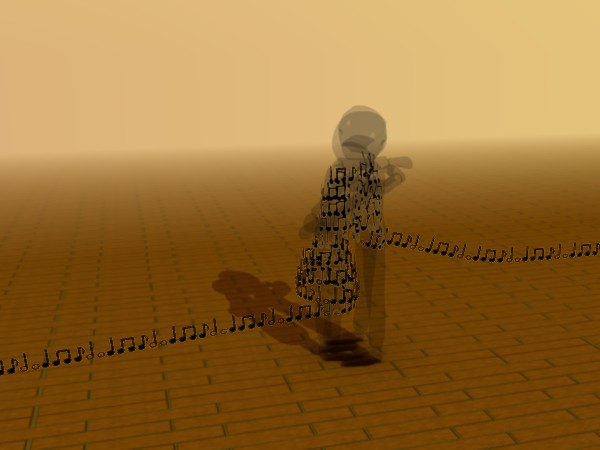 sorted out the problem wih the notes, and removed the human bodys, so only the shadows are left. should start on the next picture on wednesday 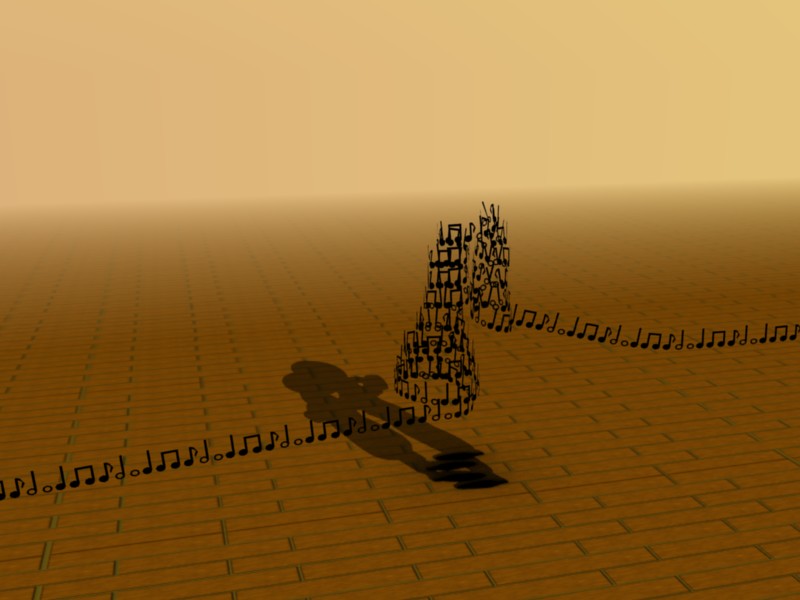