aliasing issue when rending. Unsure if related to anti-aliasing or samples

First let me say my GPU is passable, but not amazing. Also wondering if that is the issue.
I set the f-stop in the node setup to 9 (just as a test, and then I left it there)
I checked save buffers under performance under the render tab.
I am using Blender 2.65. See my picture. It’s most noticeable around the top of the cup.
I must admit that for all intents and purposes, I am somewhat of a newbie. I know my way around, but apparently I can’t determine how to remove these jagged edges on the cup. Ideas? 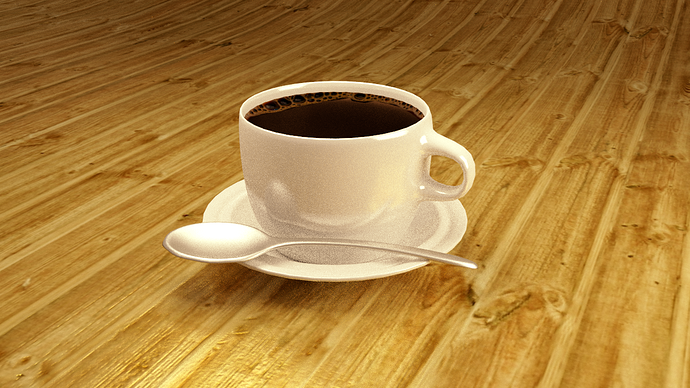 EDIT: I know it’s hard to see in this picture, and I know there is no DOF (I think this picture may be an earlier render). but the problem still exists, and you can see just a little of it around the top of the cup. Again, for some reason, it appears to be more noticeable during a DOF render