alone in the dark 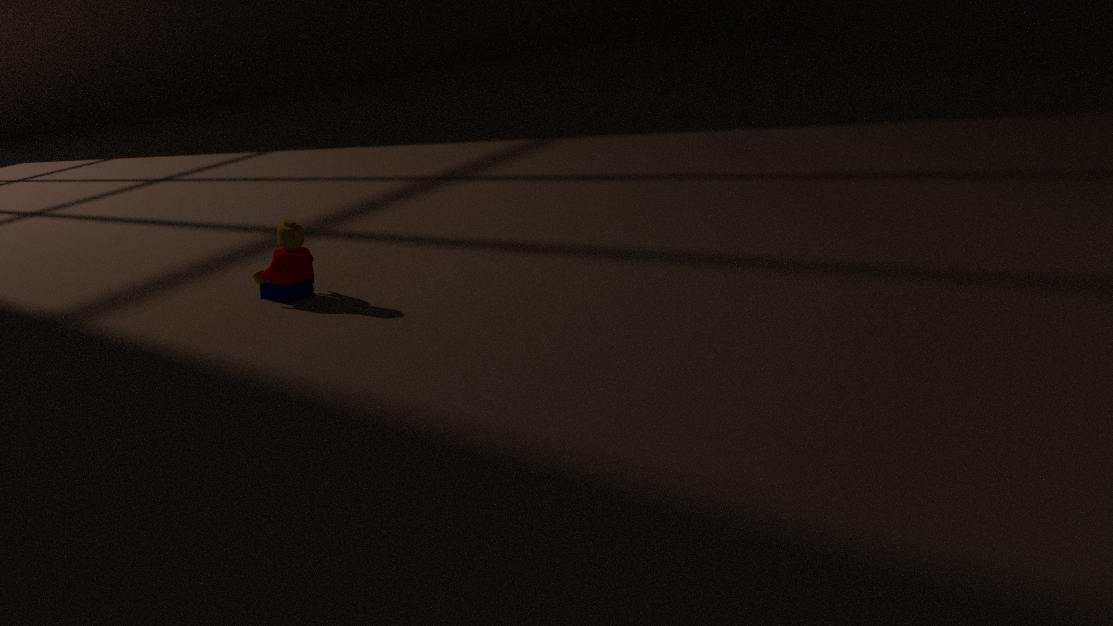 It’s more or less a black rectangle. What is there to critique?

When people are alone they have to find ways to entertain themselves. Why is this kid looking through this unusually large window? I think that mystery is what makes this piece.

The windows are so huge than this must be a gnome or elf.

In general:
-Add props to the scene, it seems to empty
-work on the lighting
-more passes!

I noticed it was a Lego figure, but it looks absolutely flat because the lighting doesn’t bring out any shape. The lighting overall is way too dark. I understand we’re talking about “alone in the dark” here, but to create artistically “dark” scenes, a little more creativity is needed. Try using more contrast.

Also, denoise the render. Close the gap between min and max bounces, and give it more samples. Unfortunately, it’s hard to get a clean render with cycles unless your computer is a beast.

thanks for you tips, i’ll do a new render with more intense light

Glaringly obvious problem. The title. How can you be “alone in the dark” when there is a bloody great window in front of you with light shining in!

The light is not a company, so he’s alone
new render (cycles)

render with corrections, i added some books and a ball and changed the camera position : Rolleyes:

Is he sitting on a table? give it a wooden texture.
Add somem ore props and arrange them more believably.
If he window is on the right, the ball would not lay there, because thats the end the kid would sit down at the table.
Also add pencils, crayons, maybe matchbox cars, just let your imagination flow and you can get a much better effect out of your image.

It keeps getting better. For scenes like this you need strong silhouettes and contrast. The lit areas need be strongly lit. I nice rim light araound the character. If his back is obscured in shadow, then the background needs be lit so that the silhouette can be seen 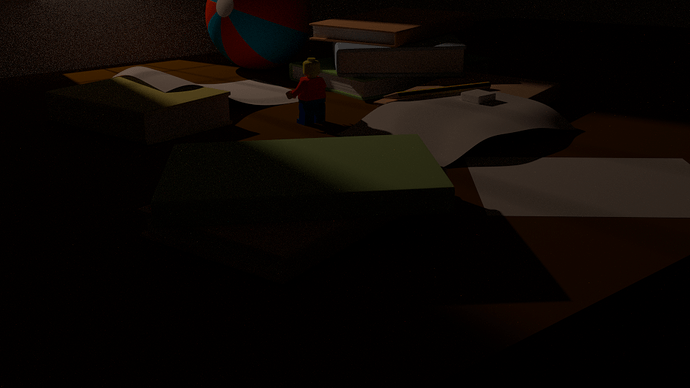 It being a lego toy is much more noticeable with those extra objects in the scene. It was too dark in the first image for me to see what it was.