Here’s a render based on the idea of being alone and seperated from the people around you. I’m still a beginner and I want to learn all that I can. So tell me what you think! 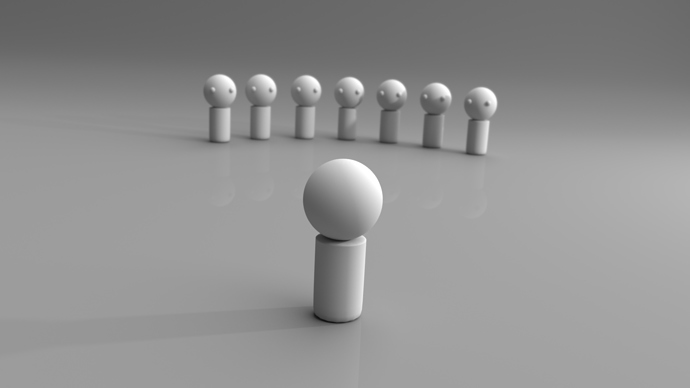 On a storytelling point of view, I think it may be interesting to have more of your character in the image not aligned but randomly displayed looking at each other with the alone one in the midle of the other but nobody looking at him. Maybe other tricky my be needed to make it look alone like making him slightly transparent. There is other way to do it obviously I m just giving an exemple

Right now, been bigger and all the other looking at him, he looks more like a leader or an idol than somone feeling alone to me.

Thanks Androol. I thought about what you said a lot. Here is a re-render, how is it?! 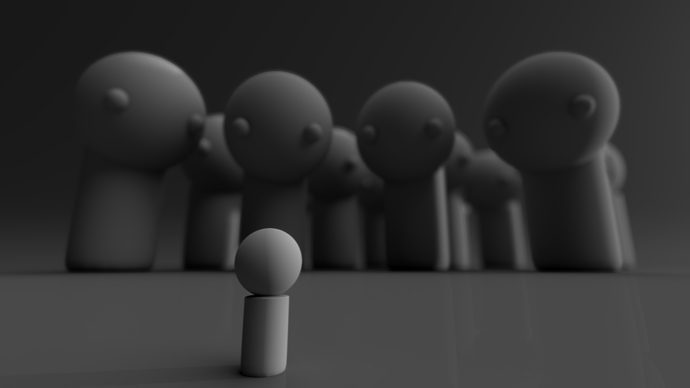 Absolutily not what I had in mind, but if I was him I will feel a lot more alone now.