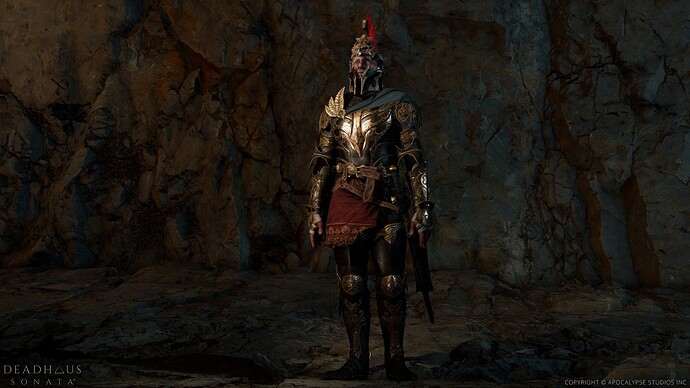 Amazon is contributing its Lumberyard game engine to open source, and it will be known as the Open 3D Engine.

That’s quite interesting to see

Jerc mentioned this in the Substance thread.

At first glance this sounds like great news, but it is quite possible that you will only get the base with many extra features locked behind a paywall. The reason I bring it up is that when you look at the gems and cloud services remaining a part of the engine, it seems obvious how the monetization is going to work.

Then there is the fact that Amazon AWS has been developing a reputation of deleting websites for political reasons. It may be that Amazon and co. can’t lock you out of the engine itself due to your worldview, but it is probable they can curtail your access to anything that is a gem or a cloud services (which could become a significant portion of the feature set).

I’ve read title and though that they maybe release source but with weird licence, but there it is this:

What are Amazon plaing? EEE? Starve competition and release something completely new?
Amazon is known for dirty practices and i just simply dont trust them.

I guess that there i chance that they just gave up idea because developing engine didn’t get them enough money.
Or just they made AWS bounded so hard into Lumberyard like it is with Android and Google so they hope to repeat that.

To clarify, O3DE does not belong to Amazon. They have been one of the main contributors to kickstart the effort, but this is fully open source, no strings attached.

Amazon removed Parler for obvious reasons and in the grand image of hosting profit Parler hardly played a role.

I would actually be very surprised if shareholders etc would allow a company ceo to be politically guided on this way.

From what i read Amazon helped to also put this engine onto sound legs untying it form previous licenses restrictions.

Maybe rather than trying to further explore their game idea they decided to make make more public.

They had multiple products they tested and gave up

To clarify, O3DE does not belong to Amazon. They have been one of the main contributors to kickstart the effort, but this is fully open source, no strings attached.

The existence of “Gems” and cloud services as extensions (which I believe can be closed-source under the Apache2) can possibly count as ‘strings’. Sure, users can submit patches which removes the need to pay for such modules, but you can’t count on a project run a coalition of billion dollar companies to consistently let a revenue making opportunity slide and commit it.

Sure, the base engine itself is FOSS with no strings, but there’s nothing preventing them from providing just that, a base.

While they offer the engine for free the game makers still can decide if it runs on iOS a PC or in the cloud.

Shall this be a game hosted on the Amazon servers I don’t see the point of being a problem as it uses their hardware.

Or they use a different cloud system.

Based on what I was able to read this is a very modular game engine / authoring systems.

I know the original Lumberyard at least mandated the use of Amazon servers for multiplayer out of the box (at least that was the only thing the official multiplayer addon could interface with).

That said, this engine could turn out to be something great, but then it again it might not considering the players behind it. Amazon’s ethics abuses range from being merciless with employee work schedules (to the point of sending them to the ER at times) to selling dangerous fake products on their storefront (even by way of bait and switch) to selling products at a loss to drive competitors out of business (see the history of their diaper business). Case in point, countless FOSS advocate making the decision to use Libre Office instead of Open Office.

Yeah I never said Amazon is a fair company - fully agree. This is a modern form of worker ownership.

What simply caught my attention was that they released it to FOSS - interesting will be what others will do with it or not. Epic Unity is great as an engine but also hated by many.

No, Open Office is a product that was considered the original open alternative to the MS Office suite.

Later on the app. was forked and Libre Office was born, because at some point Open Office and the Java ecosystem it runs on was purchased by Oracle (who is known more for filing lawsuits than product development).

Ah, I missed this topic and opened a duplicate discussion. Guess it can be closed.

You guys know that Lumberyard is based on an older version of the Cry Engine (2.6 i think) ?
I think this is great news since the engine is pretty solid and enables AAA games out of the box - unlike Unity and Godot.

Lumberyard or not at least it’s open sourced and not shelved.
This will open the door for more freedom to game devs and If AWS goes in any bad route like it’s happening with Audacity then it will be easy to fork it and restart a new brand.

Something like that, Lumberyard was announced shortly after the release of Crysis 3, ehich used Cryengine 3. Would be interesting to know to what extent proprietary Crytek technology is released as open-source. The Cryengine is very capable, but this Lumberyard is probably dated compared to the latest Cryengine (5.6)

I share the same sentiment as numerous others in this thread. Amazon are monsters and don’t do anything that isn’t of huge benefit to themselves. Amazon are all about big data, so open source or not, I would stay well clear of it if I were you!

Amazon is a company - they all do only what benefits them

So maybe a tick more positivity could be good too

I don’t get it, where is the problem?
Yeah, I mean I can relate to the hate of Amazon, I share it. But if they release it as FOSS, where is the possible catch?
Everybody can take it, and do whatever they like with it, there are no ifs and when’s, due to the nature of the license you can take it off their greedy and blood-smeared hands and depart your ways and never have to deal with them again.
Or do I miss something?
Somebody please feed me the necessary informations (if you already got it and if its not too much hassle), right now I am not willing to invest time reading up on it.

Also it’s worth to remember that while Amazon might be bad as a whole, it’s parts can deviate greatly. If their bottom line is not affected by that product, their management might not be interested to squeeze maximum out of it. If anything, they might consider that making it FOSS is just more efficient than just quietly closing it down since it positively affects their brand.