They will be presented 3 November 2022

What follows are rumors: 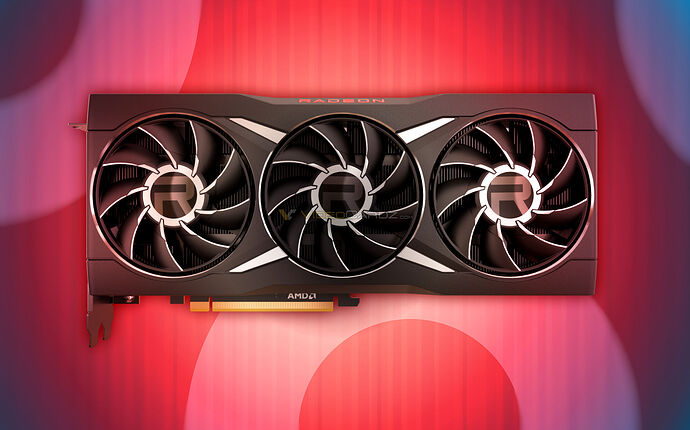 AMD Radeon RX 7900 rumors: 20 Gbps memory, November launch According to Greymon, Radeon RX 7900 series will feature faster memory than previously reported. Over the past few days Greymon has been sharing some further details on the upcoming Radeon RX... 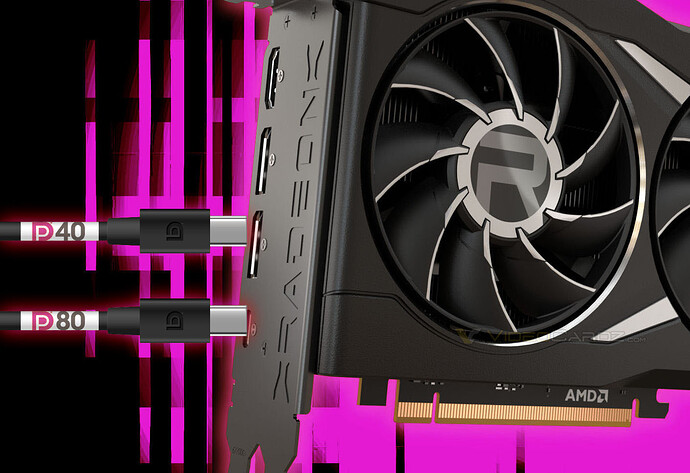 AMD Navi 31 with DisplayPort 2.1? According to Kyle Bennett (HardOCP.com), next-gen AMD RDNA3 GPU could support DisplayPort 2.1.  AMD Radeon RX 7000 (RDNA3) GPU, Source: AMD It came as a surprise to everyone that GeForce RTX 40 series did not...

Here’s hoping it’s a serious contender to NVIDIA, but I’m not optimistic

From a technical standpoint, AMD appears to have had significant improvement on the graphics front since Raja’s departure, and it has been confirmed that RDNA3 is the first GPU architecture with an MCM design (which will help with yields and possibly make it more viable to undercut Nvidia if they can’t top them in performance). At least that was the case with Ryzen.

Earlier this year; Nvidia is in trouble
Last month; Not looking good for AMD
This week; Is Nvidia in trouble?

Dear rumor mill, make up your mind or keep quiet until the cards actually come out.

It’s tech YouTube, the only way you get views at large scale is by saying something controversial (it’s always is X in trouble?) one week and then something entirely different the next

this isn’t new, it’s been happening since the first days of tech YouTube. They’ll never “make up their minds” because that’s boring and doesn’t generate clicks

At the moment my hope is that they can make cards significantly cheaper than Nvidia due to their non monolith process.

Well, I would think the rumor mill might take a major hit if Elon Musk ends up running Twitter into the ground (because much of the ‘word on the street’ tech gossip is based entirely on tweets). It would also help for regular media since posted tweets are often being used as a replacement for actual journalism.

It helps of course, since lower cost to make, means even if sold cheaper, the profit is still much the same, but its going depend on a few more factors.

Which then from a Blender point of view, mostly won’t matter if they don’t have the ray tracing hardware and software support sorted out. Otherwise, OptiX is just going to pound the AMD cards into the ground once again.

That was a limited speculation because i have difficulty to understand where AMD is going. We know that Nvidia goes for performance. AMD is more uneven, they have very strong cards today but not in everything. We know that one area they are not allowed to fail is gaming and since content creation and gaming have been ever closer so i hope they at least make a move to raytracing and AI because of Unreal and games.

Rumors, AMD information at link too. 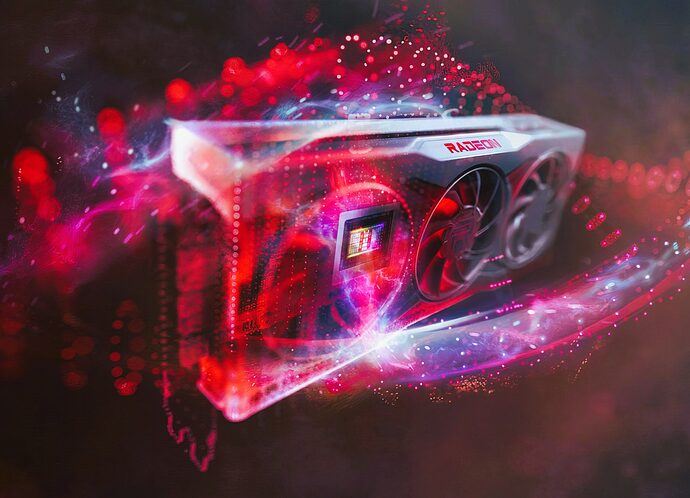 New rumors regarding the AMD RDNA 3 "Radeon RX 7000" GPUs reveal that AIBs already have test units with them & offer huge gains over RDNA 2.

As per the leaker, the AMD RDNA 3 GPUs featured on the Radeon RX 7000 series graphics cards are delivering up to a 2x performance increase in pure rasterization workloads and over 2x gains within ray tracing workloads. It is not mentioned in the RDNA 2 GPU is the RX 6900 XT or RX 6950 XT but even if we look at the 6900 XT, the RDNA 2 chip offered superior performance in raster vs the RTX 3090 and came pretty close to the RTX 3090 Ti while the RX 6950 XT excelled over it. A 2x improvement in this department would mean that AMD would easily compete and even surpass the performance of the RTX 4090 in a large section of gamers.

In ray tracing, a gain over 2x means that AMD might end up close to or slightly faster than the RTX 30 series “Ampere” graphics cards, depending on the title. The Ada Lovelace RTX 40 series cards do offer much faster ray tracing capabilities, offering close to 2x gains in ray tracing performance over the RTX 30 lineup. So ray tracing will see a major improvement but it may not be able to close the gap with RTX 40 series.

Just curiousity.
How AMD compute raytracing? It uses a specific&proprietary “protocol” like Nvidia with RTX or it uses a general way?
Thanks in advance

Same question, I don’t understand their take on raytracing. Not having hardware RT is basically giving up on the content creation market, and this nvidia monopoly, like all others, isn’t good for the consumer.

Yes, tech YouTube. Fortunately, other people on Youtube don’t act like complete morons like that. E.g. with respect to Blender, Blender tutorials etc., just to get some extra views via the dumbest of sensationalism.

What do you mean, that’s not true at all? I swear Blender-people aren’t making funny faces and grimaces on their video-thumbnails like the annoying fool behind the news reporter!
Hell, I miss the 240p pre-Google youtube (I’m serious).

@marcatore @Hadriscus AMD have dedicated hardware for RT called Ray Accelerators, but currently its used only in gaming. At least that is what I got from news circulating around.
I didn’t dive into the details but it looks that either RA’s do not have a lot of die size dedicated to them, or those cores are not powerful enough to deliver good performance compared to green GPUs.
I’m waiting how this area will look in upcoming RDNA3 GPUs.

The main take on AMD RT in Blender is that RT right now is not implemented at all, so RA’s are completely unused. Its really hard to tell how the performance will look like, or how exactly hardware RT will be implemented.
AMD announced in April that they have semi-open OptiX-like library for hardware RT which is called HIP RT:

I didn’t dive into the details but it looks that either RA’s do not have a lot of die size dedicated to them, or those cores are not powerful enough to deliver good performance compared to green GPUs.

AMD’s Ray Accelerator found in each Compute Unit (2 in every WGP) accelerates ray-box and ray-triangle intersections which are the most performance-intensive parts of the ray-tracing pipeline. However, the step prior to this, BVH (tree) traversal isn’t accelerated by the RAs and is instead offloaded to the shaders (stream processors). While an optimized shader code can perform these calculations in decent render time, in other cases it can slow down the overall rendering pipeline by occupying previous render cycles that could have otherwise been used by the mesh or pixel shaders.

As for why AMD went with this approach, (…) dedicating too much space to a dedicated hardware unit wasn’t ideal, especially since the Infinity Cache was already inflating the die size. NVIDIA’s method essentially involved offloading the entire ray-tracing pipeline to the RT cores. This involves the BVH traversal, box/triangle testing as well as sending the return pointer back to the SM. The SM casts the ray, and then from there onwards to the return hit/miss, the RT core handles basically everything. Furthermore, NVIDIA’s Ampere GPUs leverage Simultaneous Computer and Graphics (SCG) which is basically another word for Async Compute. However, unlike AMD’s implementation where the compute and graphics pipelines are run together, this allows the scheduler to run ray-tracing workloads on the RT Core and the graphics/compute workload on the SM, in addition to matrix-based calculations on the Tensor cores all at once.

In comparison, AMD’s RDNA 2 design offloads the tree traversal to the SIMDs (stream processors) which likely stalls the standard graphics/compute pipeline. Although the impact can be mitigated to an extent by optimized code, it’ll still be slower than the full-fledged hardware implementation in most cases. 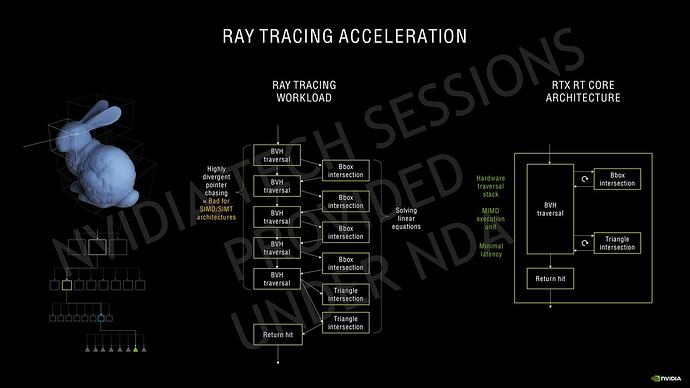 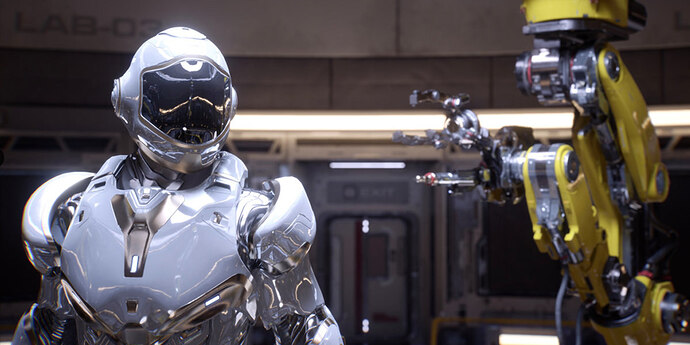 Why are NVIDIA RTX GPUs Better at Ray-Tracing than AMD's Radeon RX 6000: A...

One of NVIDIA’s primary advantages over AMD in the consumer graphics card market is the improved ray-tracing performance. The inclusion of DLSS is another massive plus point, but it doesn’t exactly relate to the ray-tracing pipeline and can be a...

Thanks for the info @Voidium and @silex. This clears things up a lot.

All it would take to really hurt Nvidia would be a 3rd company to step in and offer an AI accelerator card, something on say 5nm that could do all those matrix math low precision math instructions like FP8 and what not. Because if a non ray tracing GPU such as a GTX1080ti had access on the PCI bus to a pure AI accelerator then it too could run great ray tracing in games? Just a random thought, correct me if im wrong.

If it was that simple, AMD would have already done it

Even if such thing existed it would be orders of magnitude slower as we are comparing an on die solution to a pcie one.

On one side you have the AI/RT accelerators built right inside the SM having access to the fastest L1 cache.

I am in a business trip, so have got no time to analyse, but here is one presentation for this new cards. 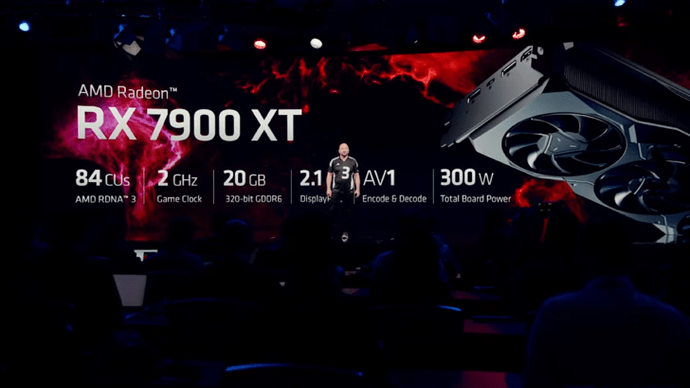