Honestly took me way to long to actually download older version and test, and just wanted to confirm with other users.

Viewport performance in 2.91.2 is significanltly slower then 2.83LTS…

In viewport, set FPS to 100, and used playback funciton to show FPS while rotating manual in the viewport around my model. View in just shading, no textures/materials.

Going to test other versions as well. (NOTE these are clean installs of blender (deleted roaming files), no changes outside of the FPS option )

Blender Cycles does not work right after 2.82 with AMD GPU.

The blender developers are in conctact with AMD and AMD acknowledged that they themselves had broken something in the drivers and were investigating what the exact cause was. In the meanwhile blender developers have been implementing workarounds to enable users to be able to continue to work with blender.

1 year has passed since. If Blender developers think this is driver problem, then they can disable new features for AMD cards. Because this problems occured after 2.83 version. We want work without crash more than new features.

This should be fixed as of Feb 2 in the daily builds available at builder.blender.org/download
I suggest you test the Beta build to confirm.

Thanks for the link, i’ll test and report back. But the issue is 100% what i’m experiencing. fingers crossed.

I’m using it on both my 6900 and Vega64 GPu’'s, and woudl be glad to test what you are experiencing and report a bug if I can replicate this.

Beyond the speed regression wich Blender team now fixed, I haven’t experienced any other issues (so far)

I reported on Blender Bug Tracker.

This is not driver bug, this is Cycles bug.

I used February 05, and render freeze on when “Compiling render kernels”. 2.91 and before has not problem except Transparency bug. 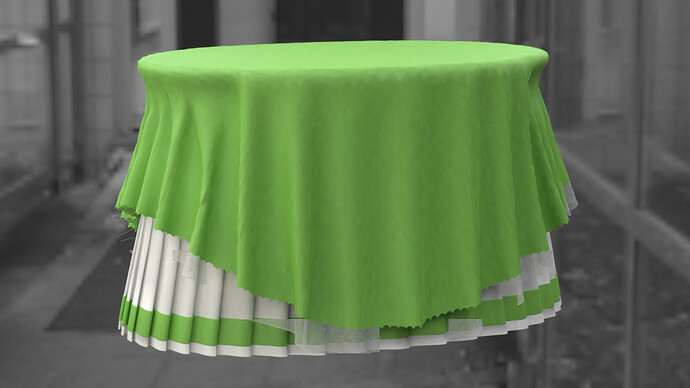 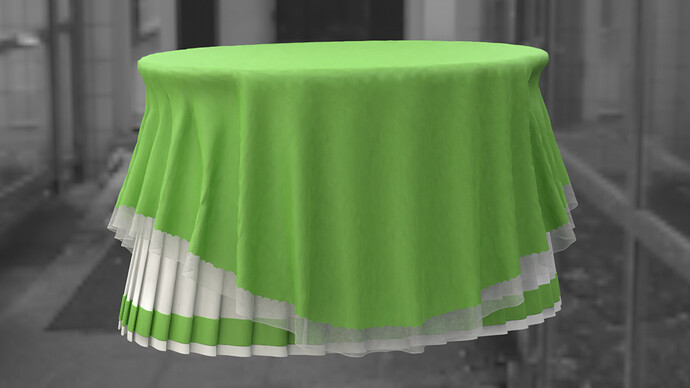 Blender File, If you want test:

Definitelly a long long kernel compile … wow. as for render. did a GPU and CPU+GPU, and no render issues.

Unfortunatley so far I was unable to duplicate the error you are seeing. even when rendering on all 3 at the same time, or just the CPU + 6900xt on any of the builds I just tried.

Dam that must be annoying to have such a bug…

GPU rendering only causes that bug too? 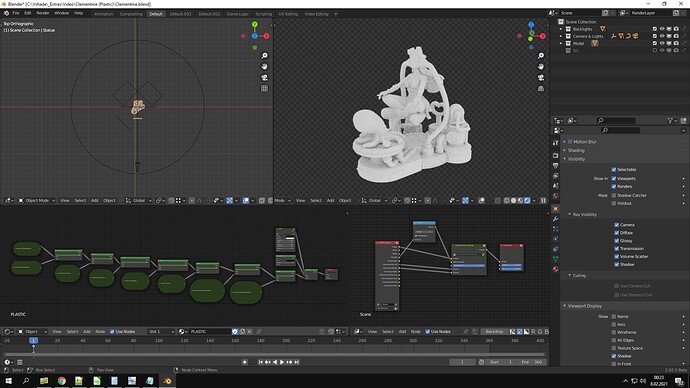 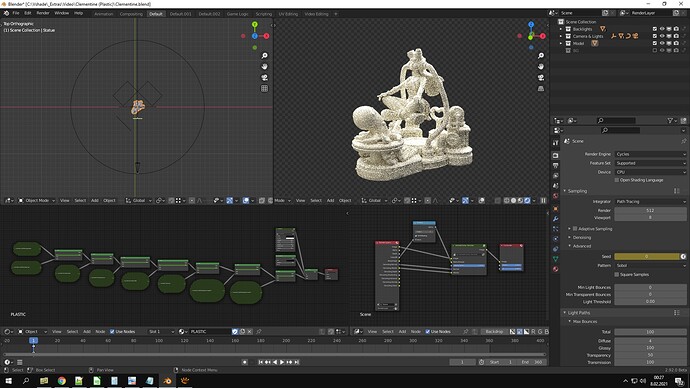 As for my testing on your scene… 2.93 - today’s build : “Split Kernel error: failed to load kernel_indirect_background”

will try to test others, but unsure when i’ll get more time to test.

Sadly I think Blender’s OpenCL programmers is not good.

I must say this thread is not inspiring any confidence in AMD hardware. Viewport that goes from 40 fps to 8 from one version to another, transparency not rendering, compiler giving errors, people complaining not seeing normals and wireframe in the viewport, etc. Not to mention the quite recent reduction in rendering performance, dropping some 30% (although that was somewhat fixed, for now…). It seems working with an AMD card is down to luck of the draw, varying from being an ok experience to downright unusable.

Primary issue is that AMD holds a significantly small portion of the market compared to Nvidia.

Biggest advantage ot Nivida, they put their own develoeprs and added certain fixes to ensure their features are impelmented and supproted correctly.

AMD hasn’t done that to that level. Though they are definitley contributing. The Split Kernetl work was done by AMD develoeprs as Blender team was at that time significantly smaller.

That is the main issue with Blender, (or well was). As it is/was a small team of develoeprs they priroritized the features and supporting the Majority of hardware (which was/is? Nivida)

Do note, there is also AMD ProRender that works with Blender, developed by AMD, and has even full AMDRayTracing, split renders etc.

If they “port” some of the features to Cycles it would sure bring Blender AMD side up to par with Nvidia.

I personaly do not regret the purchase, but it is a decision you have to make for yourself.