Working on a lot of projects right now!

This is a low-poly character with the working name of Amelia. I’m learning to do better character modelling, so I’d like your critique on the mesh before I start texturing. Is there anything you want to see cleaned up or fixed? Any anatomical mistakes? I’m sure it will be evident that I’m by no means an expert at this! 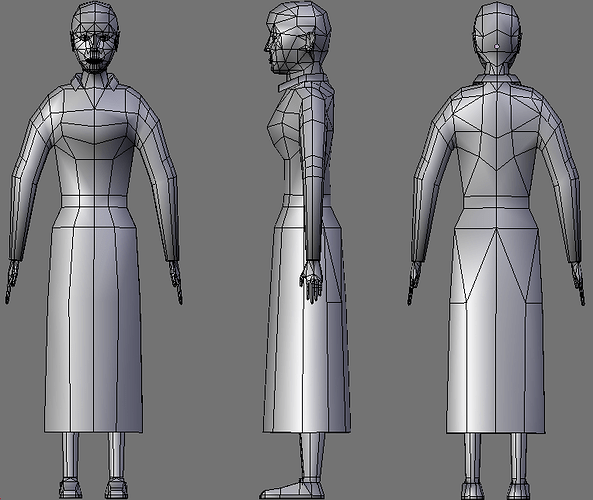 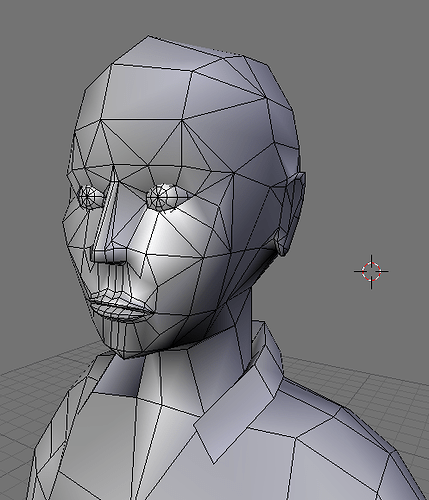 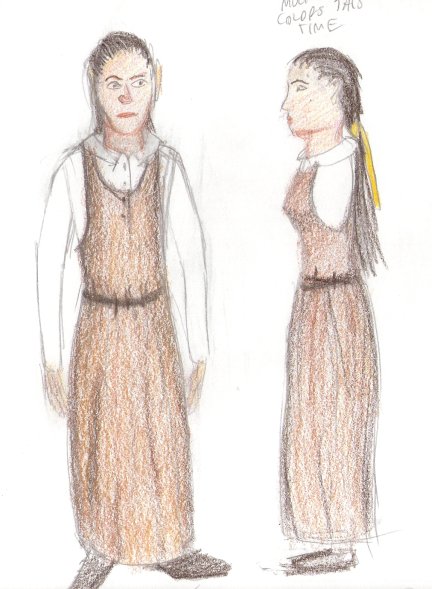 Is this for a game?

Theoretically, yes. I had the character in my mind but I actually haven’t thought of a game she could star in yet.

Here’s a photograph of Amelia from her summer vacation to the Uncanny Valley!

Seriously, I’ve begun work on the texture and at the moment she looks unbelievably creepy, at least to my eyes. Can someone who’s better at this than I am tell me how I can make her look more like a human being and less like some sort of freaky automaton? She’s not supposed to be beautiful per se, but she’s definitely not supposed to be frightening. Aside from that she’s coming along well enough. Unwrapping was uneventful. 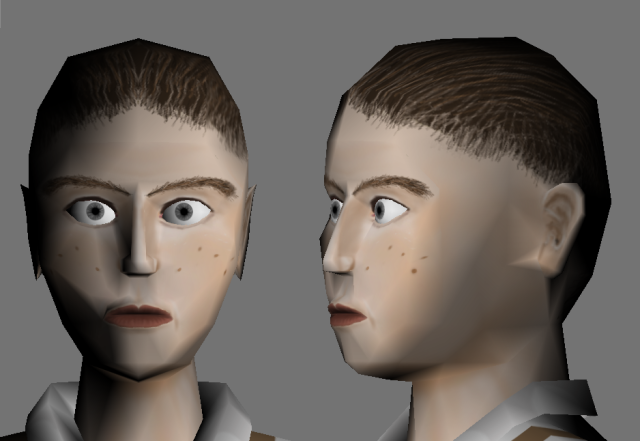 I think maybe lower her upper eye lids a tad, bring her nose forward and her mouth back.

Yes, for a normal expression the top of the iris should always be partially obscured by the upper eyelid. Basically, you can not usually see any white above the iris. If you can, then it gives a ‘buggy eyes’ expression.

Thanks for the help guys–she looks a lot more pleasant now.

Further updates will be posted as needed.

Thanks for the help guys–she looks a lot more pleasant now.

Further updates will be posted as soon as they’re ready. 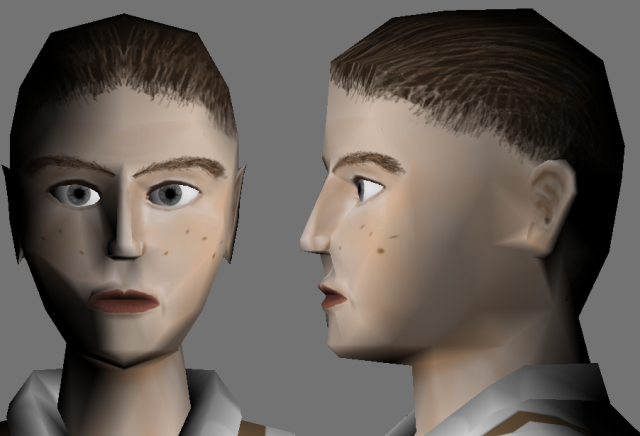 She needs some sideburns, too. Even if she pushes it back behind her ear, she’ll have some hair growing in front of her ear. 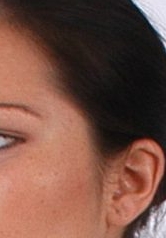 That may be tooooo low poly. I mean if this was a far off back ground character This many polys would be cool. But lets assume this is a main character in a game or maybe a character you would interact with at close range. Its ok to add some facial features with the modeling. Right now I would say you can almost double your poly count in the face. It is after all the most important part of your model. Save polys in the arms, legs, and body, places you know textures can hide a low poly mesh. The face looks too square in a lot of places. Adding some edges here and there to round it up will help.

Thanks, Enriqolonius, I’ll remember that for the future, but I think it’s too late for this model. I think the textures will improve the appearance if they’re good enough. (It’s a shame there’s no option of real-time pixel shading.)

Here’s an update showing more of the body. The dress texturing is nearly complete (although I’m considering adding a sort of denim texture to it rather than just the flat color), but the white shirt is not yet touched. You’ll also note that I’ve added the ponytail. 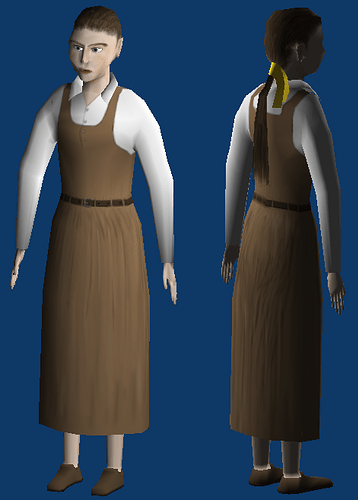 Would it be possible to extrude the skull under the hair and scale it up a bit, so her hair looks like its got a bit of volume to it? 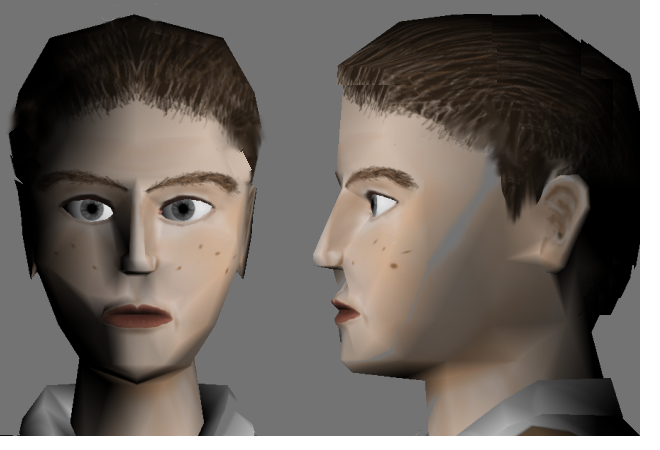 [the thumbnail is seriously messed up on my monitor. The attachement looks ok, though.]