I am far from being any good at Blender and I have decided to stray away from following tutorials and creating my own scenes, once I get stuck is when I will head to a tutorial if the problem cannot be resolved myself, I found last year when I tried to learn Blender I became too dependant on tutorials.So here we are, I love the look of abandoned house so I decided to try and create a scene of an abandoned house, it looks much better in my head than it does at the moment though :S 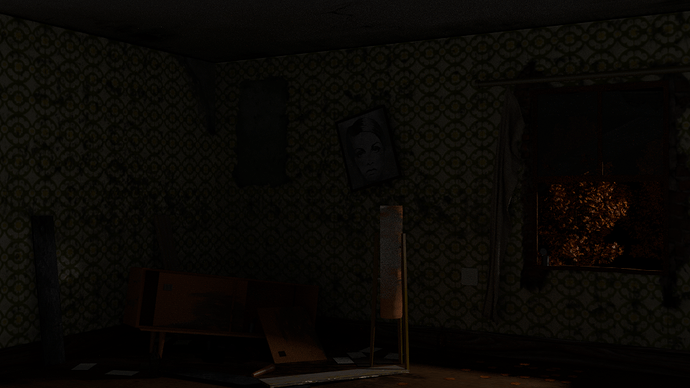 For me the composition is too symetrical. Why do you frame the window in the middle ? The lack of contrast can be fixed by adding hightlights on edges for example. I suppose that you want to render a dark room, but this can be made without sacrificing contrast and luminance. Anyway you are very brave to try learning blender without tutorials. Be sure that each time you’ll post on this fourm you’ll find help. Good luck.

I did do a fair few tutorials last August but then I ended up with no time and had to stop, this time I will just use them when I get stuck, which might mean I will use them more lol.

I will try changing some stuff tomorrow based on your suggestions

A question though, what do you mean by “adding hightlights on edges”?

welcome to the blender head world…

You have made a nice start here.

I would take a look at this…its really short and not a tutorial.

should get you going for lights.

I love your sense of going for it and getting out of tutorial land. Well done and keep going

So, I decided to scrap the previous design and start from scratch, and I am glad I have, I think I will also leave texuring until the very end so I have everything modelled etc before I start on that.This is the new look, it already looks like it has more life, the previous version, as HollyGStudio said was too symetrical and looking back it all looked very flat. 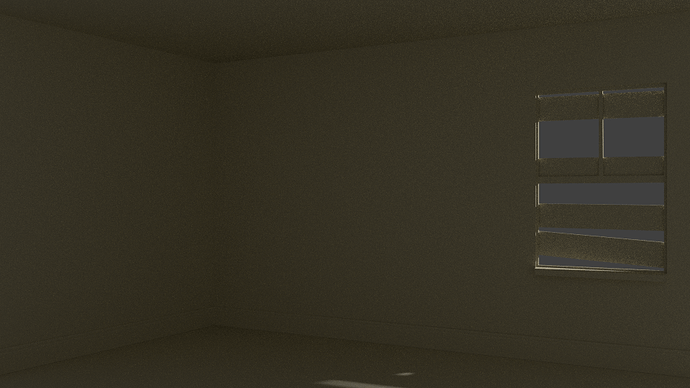 It looks a whole lot more 3D now as compared to the previous flat looking wall! Good job! I’m eager to see what comes up next!

I think your scene is a little dark, but it’s too soon to tell just yet.

Ok, slow progress this one :PI have added a 1960’s style cupboard to the room, aswell as a ripped curtain. Also, I know why it looks dark, today it clicked, I am using a clay render add on, I tried rendering without it on and everything was super bright lol I like the clay render look though for the teswt renders 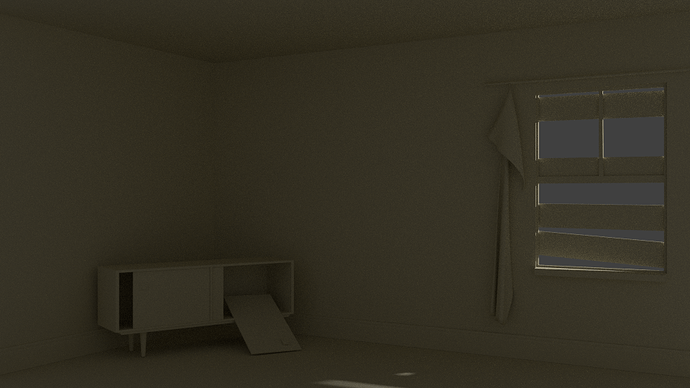 Added a few more items and started some texturing, something I am very very very bad at lol Still going to add more stuff as I go, still trying to work out how to add some debris or layers of dust with the particle system, not having much success.Does anyone know how I can save the curtain as it is? Everytime I edit it removes the animation it had. 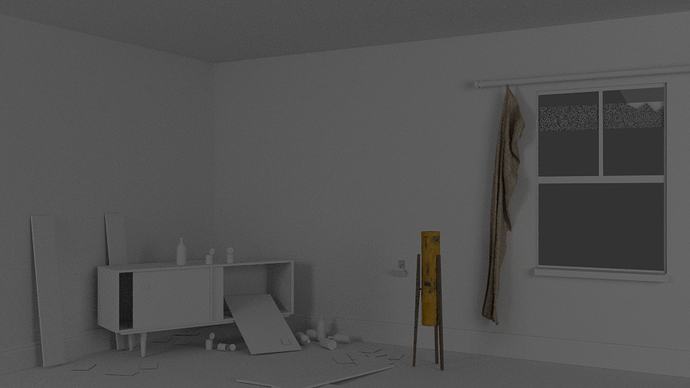 From what you say, I think you need to apply the modifier before doing anything to the cloth… That means, after you set it to the keyframe you desire, you should go to the modifiers panel and hit apply. Try to follow some tuts if this still doesn’t work for you.

I applied it and it now kept its cloth-like position

My progress so far, I have been playing around with particles trying to cover everything with a dust effect but with no success. 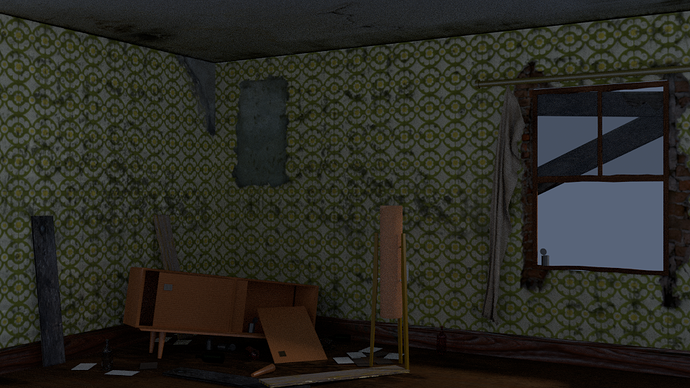 Added quite a lot now, I am quite pleased with the lighting, the kind of mood I was going for.

Nice progress! Keep 'em coming! The last pic is a little too dark though…

Maybe it is better now? 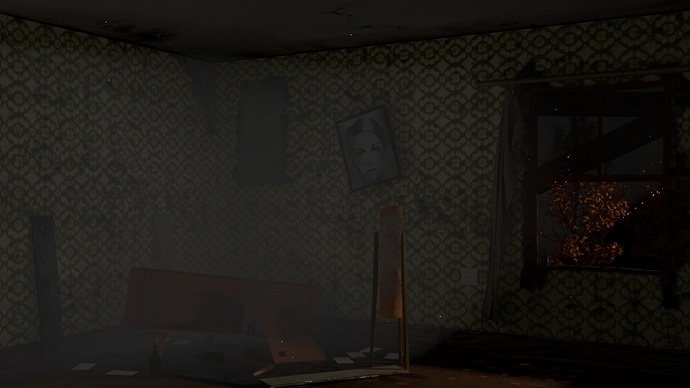