An almost ruined house in my neighborhood (athina). Heavy traffic smoked it during last 30 years. A winter afternoon light.
So, its a blender internal render (modeled and textured in blender only), just used an external hemi light to simulate some GI. Raytrayced AO of course. Just learning texture painting, thats all. I could keep adding details here and there but this turned boring so this is it. 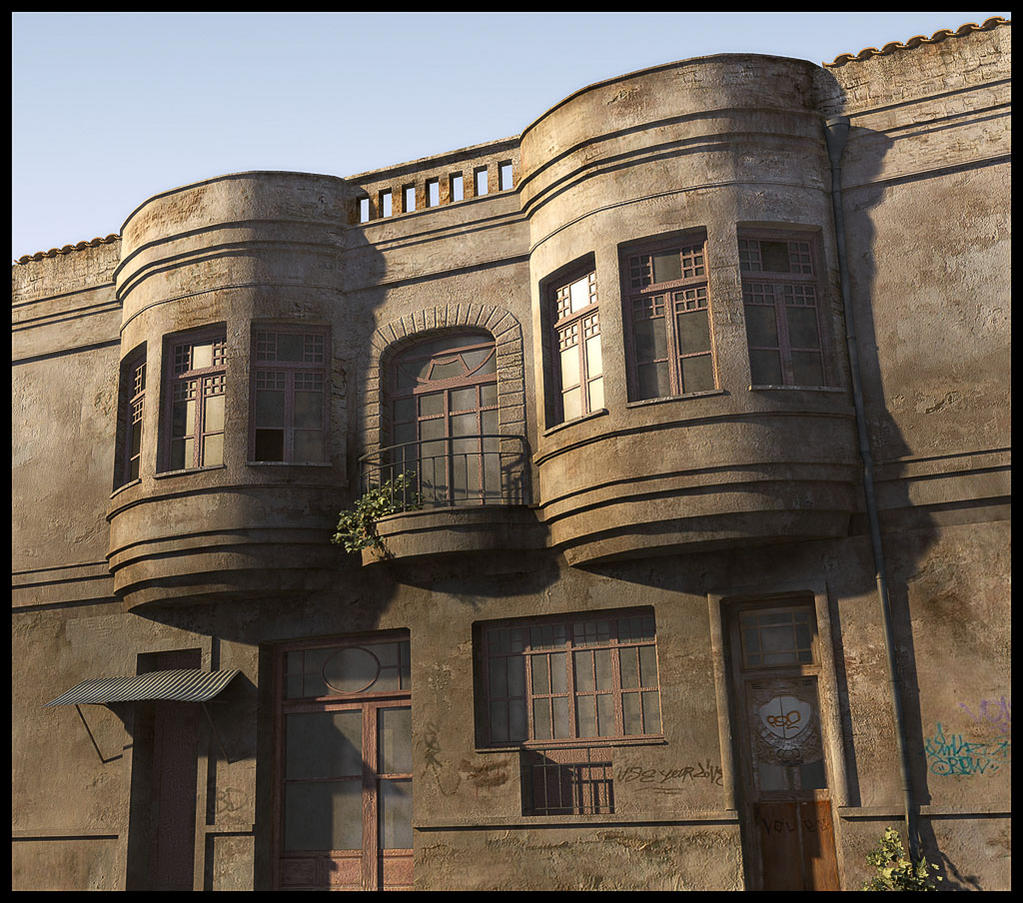 That’s excellent work my friend. I can’t find anything to crit on

Thanks guys. Here’s another one, a different angle of view, OK still braking some glasses :eyebrowlift: 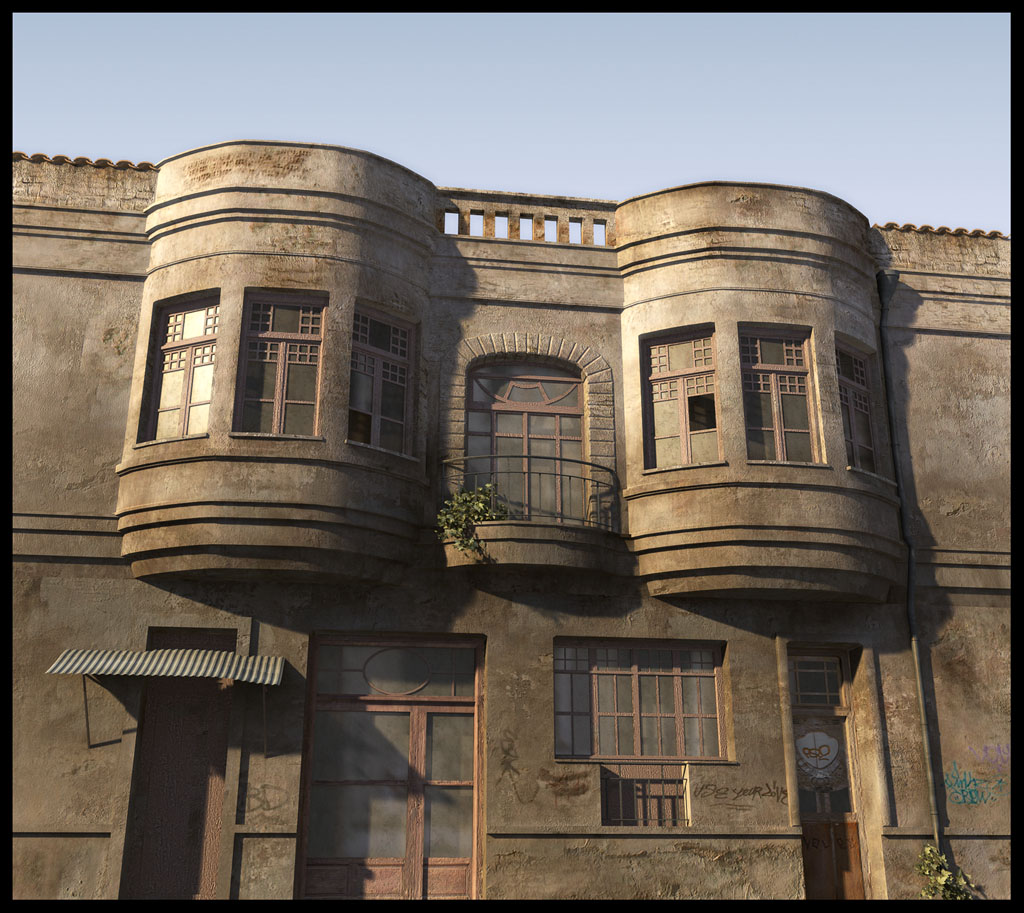 Thanks again Funkyoshi.
Here are some wires, texture and lighting setting. But this is a simple model (~2 hours), texturing was too hard (its not a photo, its painted in blender), especially this door on the right. This was a simple photo mapping but had to edit it again and again. You see I needed a figure and this heart-like door hmm, a figure alright to me. 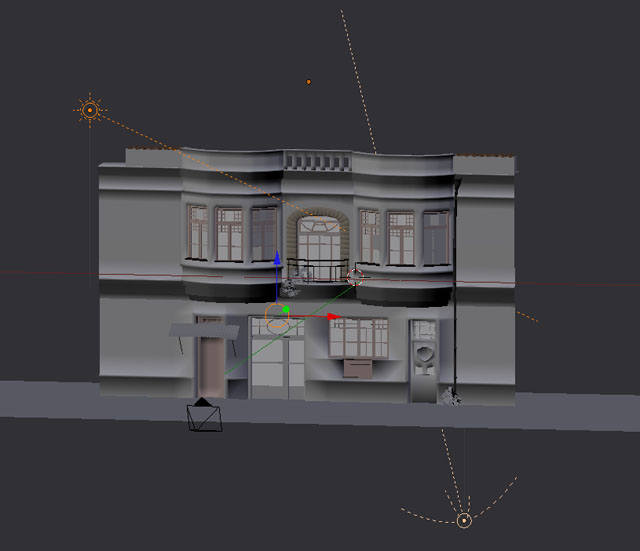 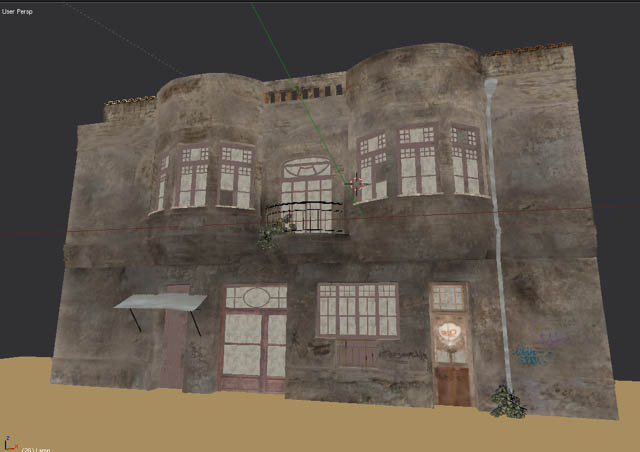 This is another render engine. A kerkythea clone named podium, it runs in SU internally, so imported the model there as a 3ds and rendered it. GI is always missing from BI, but on the other hand this forces me act like an artist. 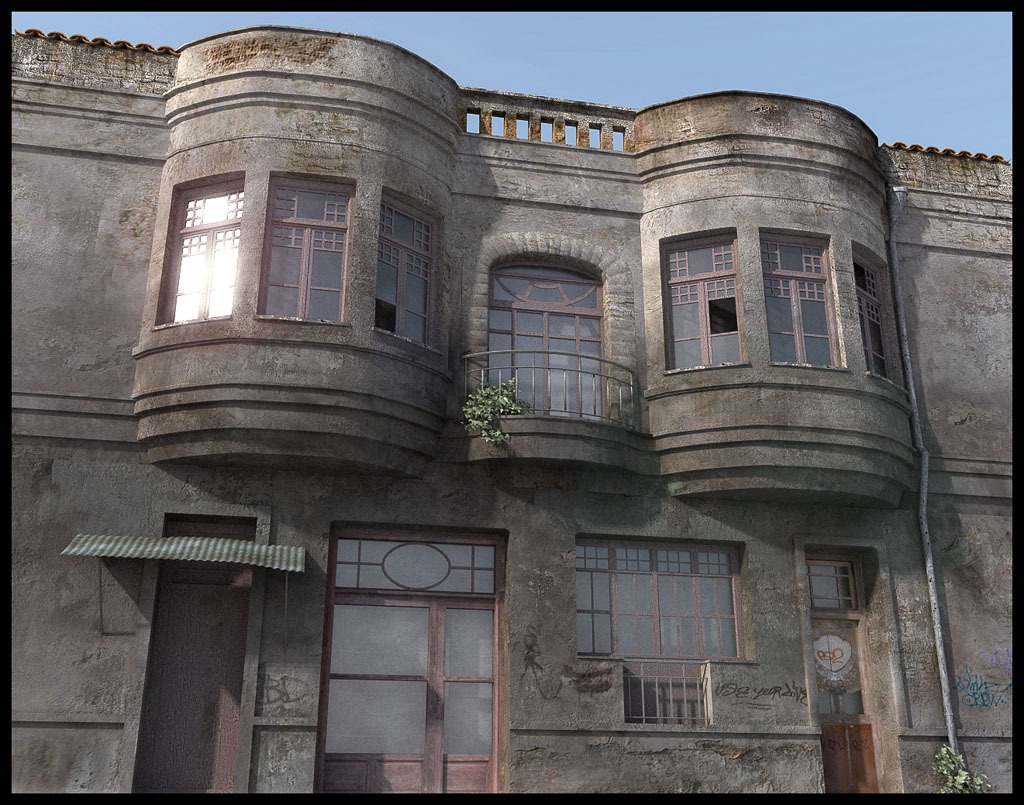 Very nice and realistic picture:) Could you please tell more about textures used? In particular, did you use normal maps (for wall roughness)? If you could produce short step-by-step about texturing this model - it’ll be great. Thanks:)

Another one render. This could be a finished project (as model, texture, lighting) but still learning blender internal renderer. Tried a nodes three layers combination. There’s a hemi on the opposite side in a different layer, used to dodge shadows. This is good for animation. But for this still image I used pshp to control these layers. A more watercolor-like effect.
(have a look at Andrew Wyeth’s dry-brushed watercolors)
@t_Raveller
Its just texture painting, used 4-5 textures for brushes, painted the UV map, used clone tool too.
http://wiki.blender.org/index.php/Doc:Manual/Textures/UV/Painting_the_Texture

Update.
This second one, a three layers render combination via nodes. Just frame, slight glow and levels in pshop. Closer to what I had in mind. 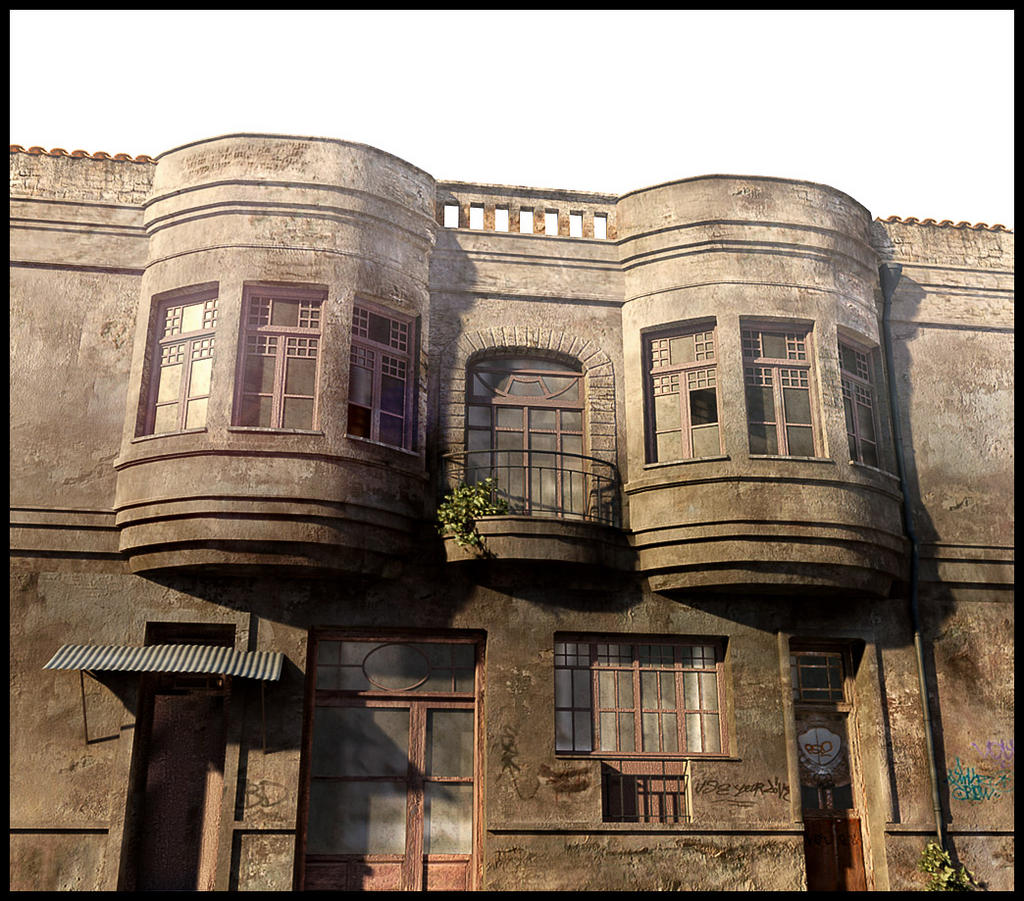 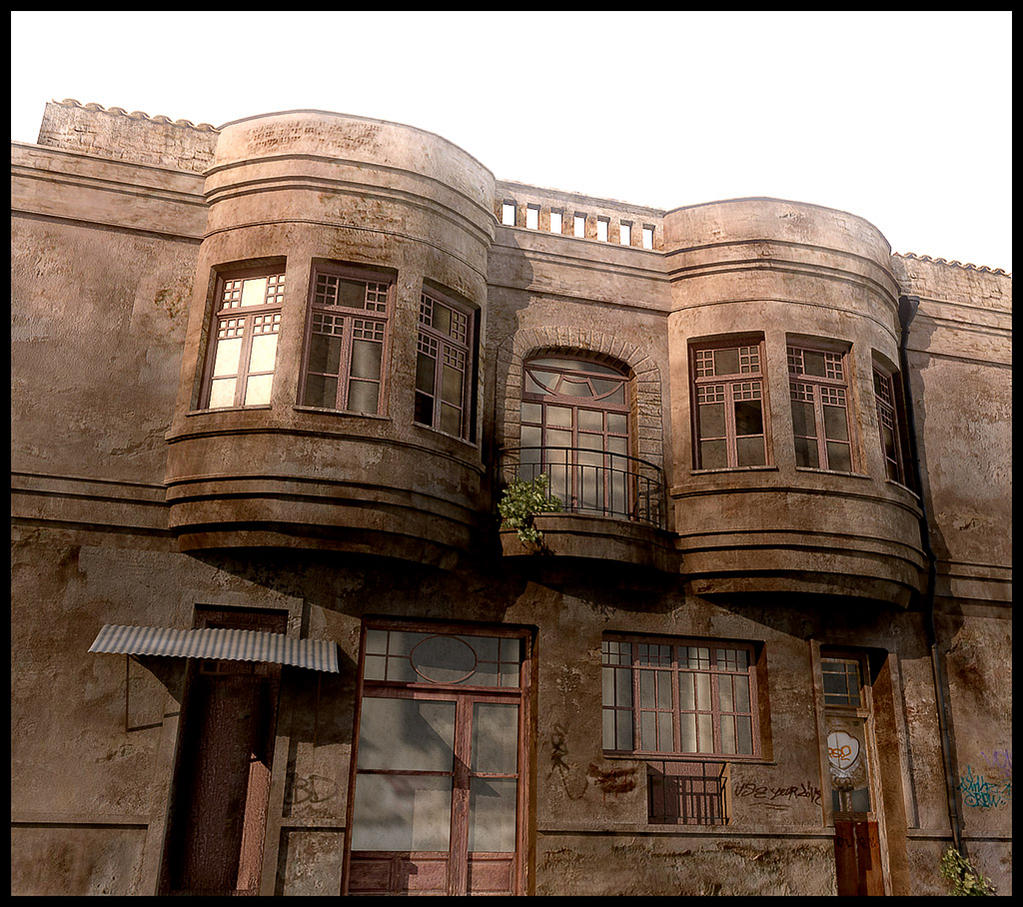 thanks for the tip:)

really really like this render!
if in athina it is considered as almost ruined house, i can’t even imagine haw can be described some buildings in my place (almost in the center of the city)…

On those second renders, the top of the building model can be seen to cut off on the left edge; is that on purpose?

I think the very first render in particular really has the essence of that certain time of day.

Great textures. Your lighting in the first render is very appropriate to your subject. Keep up the good work!

Thanks. Yes the first two (BI renders), may “have the essence of that certain time of day”.
But I was after something else… Humidity, pollution, …
I choose a Kerkythea clone renderer, via SketchUp, a combination of two renders actually. I added a cut-out figure too. Just a walk with my camera searching the appropriate figure. I’m modeling this figure now, this gonna be a new thread, I have a story now :eyebrowlift:
So Blender, SketchUp, Podium-renderer, Pshp, Gimp, a camera, a scanner (some real watercolor adds on textures) are used for this one. Let hope next time things will be more simple. 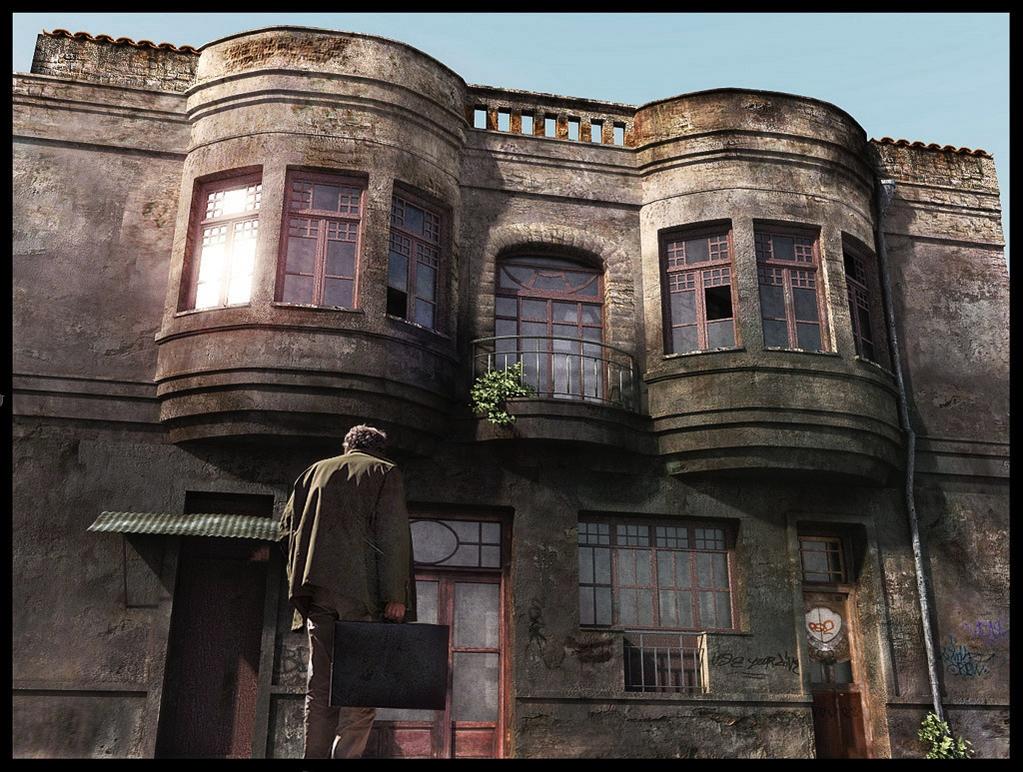 LOVE the textures. they really make the shot, right down to the grafitti.

gratz on the banner

I’m probably mean for saying this, but why is this on the banner? It’s good but banner should be exceptionally good or very original.