Hey guys,
I came across this, you HAVETA take a look!

If you read the bit on this page:

where it says: " If you’d like to create a 3D cockpit for FlightGear, or to create buildings, external aircraft models, etc., your help is desperately needed" - well, y’know?

I think it would be Awesome to contribute to SUCH a HUMONGOUS project, wouldn’t you? So - posting it over here. Any awesome modellers/GIMP-people/even tech-types interested?

Actually, after this, an idea is conquering my mind that I’d like to talk to guys about. How about doing the ENTIRE CITY, so for example, you can land into a city, stroll around and go through it’s airport, come outside, take a car or cab to your hotel from the airport, drive around it’s streets, and flop down into bed all inside VR!!! And if you put on the TV in your hotel room, it’ll show the channels of THAT city!!! (something that’s already possible in 2D, worldwide, on Fiber right Now, of course). …and we carry this on until we’ve got THE WHOLE WORLD modelled, inside the computer!!! Like, EACH AND EVERY CITY ON THE PLANET!! All for FREE!! (like this game).
I mean , THIS is what Grand Theft Auto looks like these days:

… and that brings me to another idea - there is not one game where the modellers have made THAT ENTIRE CITY inside the game - for example, there is at least one game where you can drive around London, see all it’s landmarks like Piccadilly Circus and so on. Now, after games like these have been on the market and have exhausted their sales, ie. the game has gone OFF the market - why don’t the devs simply give away the 3D data (of the city) for FREE??!! I mean, they’ve made whatever money could be made off of it, so why not now it come of use to someone AFTER that when it’s NOT making money any more??!!
Can you Imagine??!!

It’ll almost be like TOURISM, ie. going to that city IN REAL LIFE!!!

Me personally, I tend more towards designing cities - like, this building goes here, that one there, and so on - modelling an existing city, where I have to follow someone else’s floor plan, is Not Fun for me. And my video card is shit too - still DEFINTELY wouldn’t mind contributing whatever I could though, from time to time. But for those whose boat it DOES float - this could be AWESOME guys - what do you think??

…and I also don’t need to point out to you guys that things like SORCAR/SVERCHOK exist, and very soon Everything Nodes will be coming, am I right?

Does this sound like an Incredible, Awesome project? One worth devoting your time to (considering the FlightGear guys have already come THIS far…?)?

A world WITHOUT BULLSHIT SHOOTING in it. Thank God!

Also, I came across this, this is TWO 2080s SLI’d - it’s beyond breathtaking, to me - it’s indistinguishable from reality, as I can see!!!

Well, whaddyaknow, I came across THIS few days later: 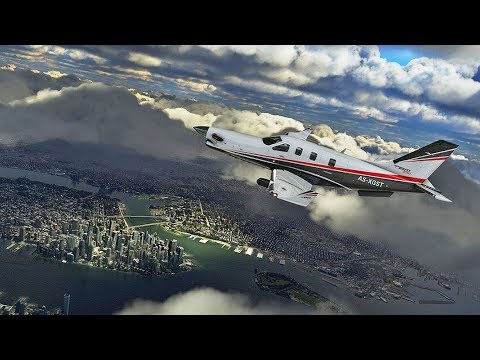 I’m actually considering trying to develop an improved ocean shader for FlightGear. I’ve become something of an aviation enthusiast thanks to FlightGear, so I’d love to contribute if I can. Since I have some experience creating an ocean shader for photorealistic applications, I think I might be helpful in that regard.