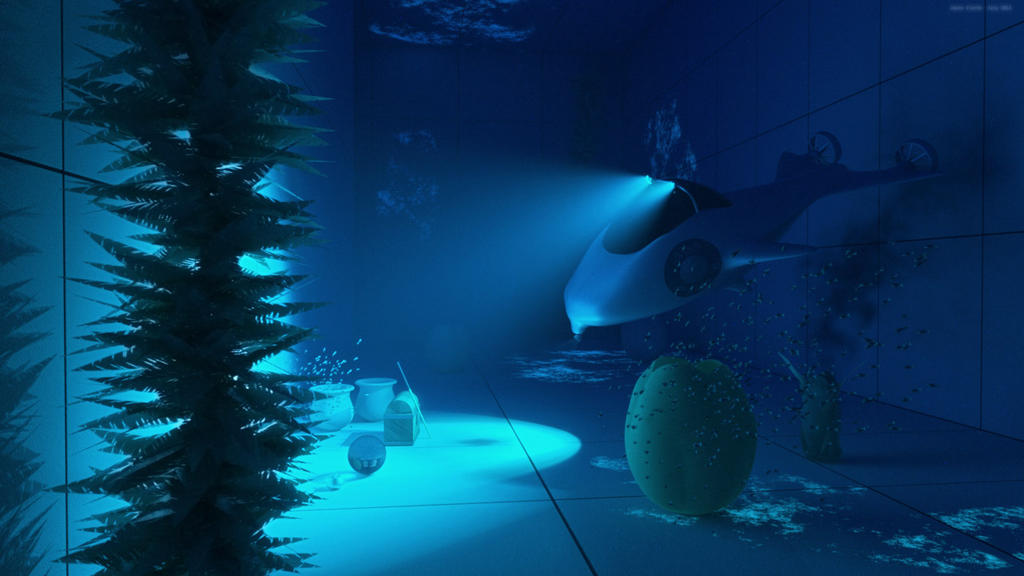 A little alien submarine expedition. Rendered with LuxRender, which handled the water perfectly, although finding data for the water scattering was pretty difficult. I ended up half-making-it-up in the end. I’m pretty happy with how the submarine model turned out though, much better than I was fearing when I started it. Also, boid particles are awesome, how did I not know of them before this?

Kinda looks like portal. The only thing I’d recommend is distorting the picture, a common trait in water.